How I became a Met Office scientist

In this guest blog post, Alice Lake, Foundation Scientist in the Post-processing Applications team at the Met Office, tells the story of her journey to a career as a scientist.

As a child, you would usually find me running around outdoors, struggling to narrow down a stack of potential library book loans, or hunched over the kitchen table in amongst a mess of arts and craft supplies. My dream job throughout primary school (and a significant proportion of secondary school) fluctuated between "ballet dancer" or "author".  In short, you probably would not have expected me to grow up and become a Met Office scientist.

And yet, here we are! 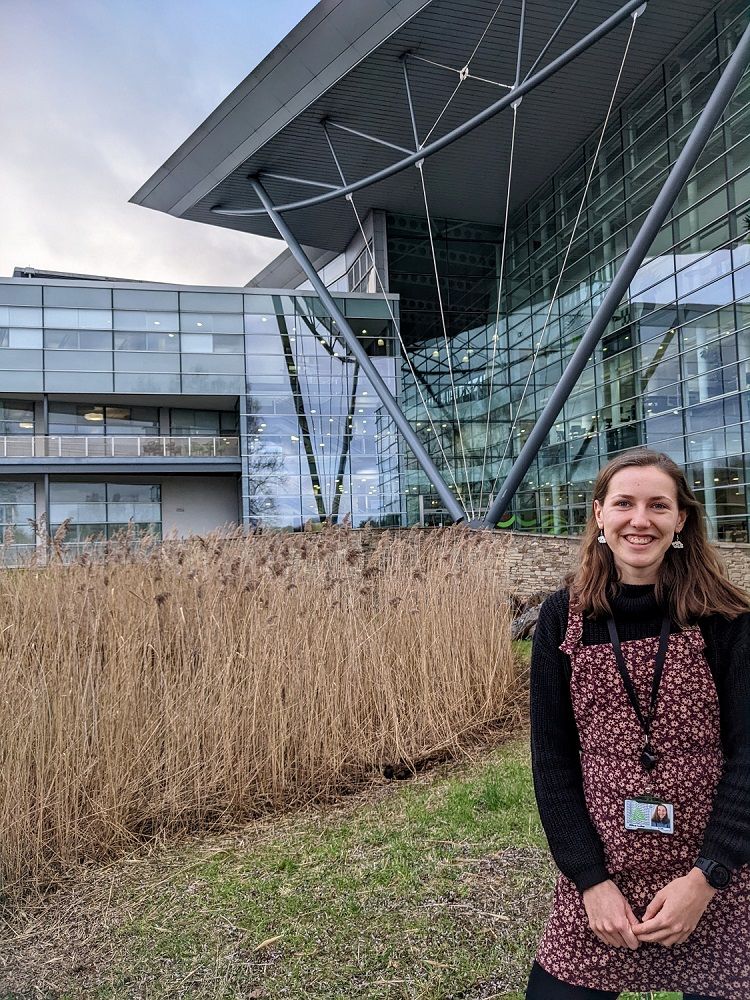 “For me, it was a series of happy (and very lucky) coincidences”

So, how did that happen? For me, it was through a series of happy (and very lucky) coincidences. When I was 15, my maths teacher entered my whole class into the UKMT maths challenge; a national competition for secondary school aged children across the UK. I really enjoyed it and remember thinking "this doesn't feel like maths; this is just fun puzzles". It turned out I did well enough in it to qualify for the UK maths olympiad team - I was the first person from the South Warwickshire schools to do so - and so over the next few years ended up attending UKMT summer schools and taking part in various international maths olympiads. I enjoyed these so much that, by the time we came to choose A level options, my heart was set on studying maths at university. And so I picked Maths and Further Maths, alongside Physics (I wasn't especially interested in physics, but it seemed to be the combination universities were looking for!) and a wildcard of German.

Then, another lucky coincidence: in the summer holidays after my first year of A levels I was browsing the bookshelves of a charity shop and spotted a book with a cool space-themed front cover. It was only a couple of pounds, so I bought it and took it home. That book was "The Cosmic Code: Quantum Physics as the Language of Nature" by Heinz R. Pagels, and it was the first time I'd ever heard about quantum physics - and it completely blew my mind. I decided on a whim to scrap my halfway-finished UCAS application for maths and instead apply to study physics at university.

“As a teenager, I definitely wasn't sure science was for me”

If it wasn't for this series of nudges from the universe, I am sure I would have ended up taking a completely different path. As a teenager, I definitely wasn't sure science was for me. And even throughout university, I had what I recognise now was probably some form of imposter syndrome; while I definitely enjoyed my degrees, I spent a lot of time grappling with an underlying feeling that I just wasn't passionate enough to ever be a "real" scientist - because if someone had told me all I was allowed to do for the rest of my life was science, I'd have been pretty miserable! I like physics and maths and coding, but I also like many other things equally - art, music, spending time outdoors.

Physics (thankfully) turned out to be a great choice. I really enjoyed my degree, especially the modules involving a lot of cool maths and/or coding. By my master's degree I had specialised all the way down to theoretical condensed matter physics. But there, I found a bit of a conundrum; the more theoretical the subjects I was studying got, the more interesting the maths got, but also the more abstract and unimportant the underlying concepts felt to me. I decided to do a bit of a 180 degree turn and look for a job in science that would let me work on something that felt more “real”. After a bit of googling, I came across an advert for a job at the Met Office a couple of days before it was due to close (another lucky coincidence!) – I hurried to complete an application, submitted it, and was lucky enough to receive an offer. And so, for the past 18 months, I’ve been working as a Foundation Scientist in the Post-processing Applications team.

The thing which I have since realised - and which I think is especially important to emphasise to teenage girls - is that it is more than okay to be an all-rounder and a scientist, and many of us are! The science/arts divide is, at the end of the day, a completely arbitrary concept. Creativity is a strength in science. We move forwards with innovation. And we need people who love writing, who are able to communicate science in an engaging way; there's no point in scientific research which can't be shared.