When someone asks what I do, it's great to be able to say, “I’m a scientist” 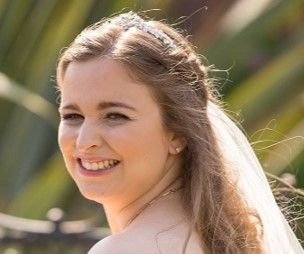 As a female from a working-class background, I don’t meet the stereotypical profile of a scientist. However, my main strengths and interests in school were always in maths and science, and I was very lucky to be able to develop these interests by going to a secondary school which was a Science College. Biology, Chemistry and Physics were taught separately right from Year 7, with frequent science-related extra-curricular activities. I also think it helped that it was a girls’ school, so there was no risk of an imbalance of girls to boys in a class and no suggestion that “science isn’t for girls”. This led toa majority of girls choosing at least one science subject at A level, and a significant proportion going on to study a science-related subject at university.

However, unfortunately I have been discouraged from science in other areas of my life. For example, at one point I thought about studying medicine at university, but upon mentioning this to a family member, I got the reply “So you’d be a doctor? Oh no, I don’t think that’s right. Why don’t you be a nurse?”. I also met with a careers advisor for those considering medicine at school, who simply gave us a monologue about how difficult it was to get in to medicine before saying “so the chances are slim to none basically” and that we should do something else. Thinking about this still annoys me, as she just assumed that we weren’t good enough without knowing a thing about us, and while medicine is very difficult to get into and requires a lot of hard work, the chances are definitely not none. Indeed, a significant number of girls from my school did go on to do a degree in medicine. I hope that nowadays and in the future, girls would be encouraged more to pursue a career in science and guided to see the opportunities available to them at a younger age.

I later decided that medicine wasn’t for me because I realised my strengths do not lie in hands-on practical science.  I think that one of the reasons that I considered medicine was because it is one of the ‘traditional’ careers in the science field, and I wasn’t sure what careers I could go into with a pure science degree. Looking back, I now see this as an advantage to a pure science degree rather than a disadvantage because it means that there are a wide range of career options to consider after university, and many doors are open to you. Lots of these are probably in areas that many would never have considered, or maybe even known about, prior to research and job hunting. This is due to the flexibility of science, the links between different areas and its many applications.

As I enjoyed all of my science A levels and wanted to learn more about all of them, I decided on a Natural Sciences degree, where I would be able to study modules of several different science subjects and choose what to specialise in as I progressed. Although I think that Natural Sciences is more widely known about now, most people that I spoke to at the time had never heard of it and assumed that it meant focusing on plants! Lots of people seemed interested in doing it themselves when they learned more about it, and I hope that its profile as a degree continues to rise, as I feel it would be beneficial to many to have the opportunity to delay specialising until subjects have been studied at university level. I began in my first year by taking modules in Maths, Chemistry and Biology, and enjoyed all three (despite the dreaded weekly labs in Chemistry!) and continued with Maths and Chemistry into second year. After this, however, I began to struggle with aspects of Chemistry and decided to not take it into third year and instead pick up an entirely new science subject in its place: Earth Sciences. This flexibility was the beauty of the Natural Sciences degree, and, despite only picking up Earth Sciences in my third year, I enjoyed both modules (especially the aspects related to climate) and gained among my highest marks in them.

After my degree, I went on to apply my maths skills to Earth Sciences by doing a PhD in Geophysics, something that I never would have thought about prior to picking up Earth Sciences as part of Natural Sciences. It focused on simulating the salt precipitation when carbon dioxide is injected into a saline aquifer, as a way of investigating whether the loss of injectivity and permeability caused by the salt precipitation prevented injection into saline aquifers being a feasible method of carbon capture and storage (CCS). This introduced me to coding, something that I’d never done before my PhD but proved to be both enjoyable and a very useful scientific skill that can be applied to an infinite number of problems. At school, something that may have put me off continuing to study science was that practical, hands-on experiments, which I wasn’t very confident in, seemed like the only way to apply science, but coding has shown me another way. I’m therefore very glad that coding is now being taught more widely to young people, both in schools and externally, and I hope that this continues.

At university, the gender imbalance at the top levels of academic science became clear to me: in every department I studied in, there were noticeably more male lecturers and professors than women, with one department having about five times as many men in these roles as women. This ratio was, however, not nearly as clear among the students studying science at undergraduate or even postgraduate level , so I hope that ongoing work to encourage women in STEM has begun to make a difference. I feel that it is important that this work continues and grows, , both to encourage girls at school to study science at a higher level and go into a scientific career, and to ensure that women already working in science feel able to progress.

After my PhD, I knew that I wanted to continue to work in science, but I wasn’t sure that I wanted to continue in academia and do a post-doc. I was therefore drawn to a job in Applied Science at the Met Office because I could use the scientific skills I had learned in my degree and PhD, especially coding, as a way to help to solve a variety of problems. The link to climate, which I had explored in my Earth Sciences modules in my degree and in my PhD, also appealed. Again, as a common theme with the routes I have gone down, a Met Office scientist isn’t something I would have thought about at school, as at that stage I associated the Met Office with only operational meteorology roles and didn’t consider the vital broader science that goes on. I think this is fairly common, judging by the number of comments I and others get along the lines of “So will we be seeing you presenting the weather on TV?” when we say that we work at the Met Office!

The main things I’ve learned throughout my scientific career to date are that studying science opens up an enormous range of career opportunities, and that the sciences are all inter-linked, so skills and knowledge in one area can be applied to many others. The scientific options you choose in education may not always have a clear career path, but the flexibility of this is a good thing, and ensures that you have many different potential routes to go down, some of which you probably weren’t even aware of prior to research and jobhunting. Finally, as much as possible needs to be done at all levels to encourage girls and women to feel that opportunities in science are open to them and that they can achieve in science.

Although I haven’t been sure of my next step a lot of the time since leaving school, I’m sure that I’ve ended up in the best role for me, and it really is great when someone asks what you do, to be able to say, “I’m a scientist”.