When viewed alongside 2016 – the warmest year on record and dominated by a significant El Niño – this year is likely to be the second or third warmest year for annual global temperatures since 1850.

Scientists at the Met Office Hadley Centre and at the University of East Anglia's Climatic Research Unit produce the HadCRUT4 dataset, which is used to estimate global temperature.

Colin Morice of the Met Office Hadley Centre said: “Our global temperature figures are in agreement with other centres around the world that 2019 is set to join each of the years from 2015 as the five warmest years on record.

“Each decade from the 1980s has been warmer than the previous decade. 2019 will conclude the warmest decade in records that stretch back to the mid-19th century.”

The main contributor to warming over the last 170 years is human influence on climate from increasing greenhouse gases in the atmosphere. 2019 remains around 1 °C above pre-industrial temperatures (1850-1900).

The HadCRUT4 global temperature dataset is compiled from many thousands of air and sea-surface temperature measurements taken across the globe, from all continents and all oceans. The regional variations in temperature are themselves informative in understanding the mechanisms that cause warming in response to the continuing build-up of greenhouse gases in the atmosphere.

Prof Tim Osborn is the Director of Research at the University of East Anglia’s Climatic Research Unit. He said: “The five warmest years for average global surface temperature since records began in 1850 have all occurred in the last five years; by contrast the five coldest years all occurred before 1912. This is climate change and not a coincidence.” 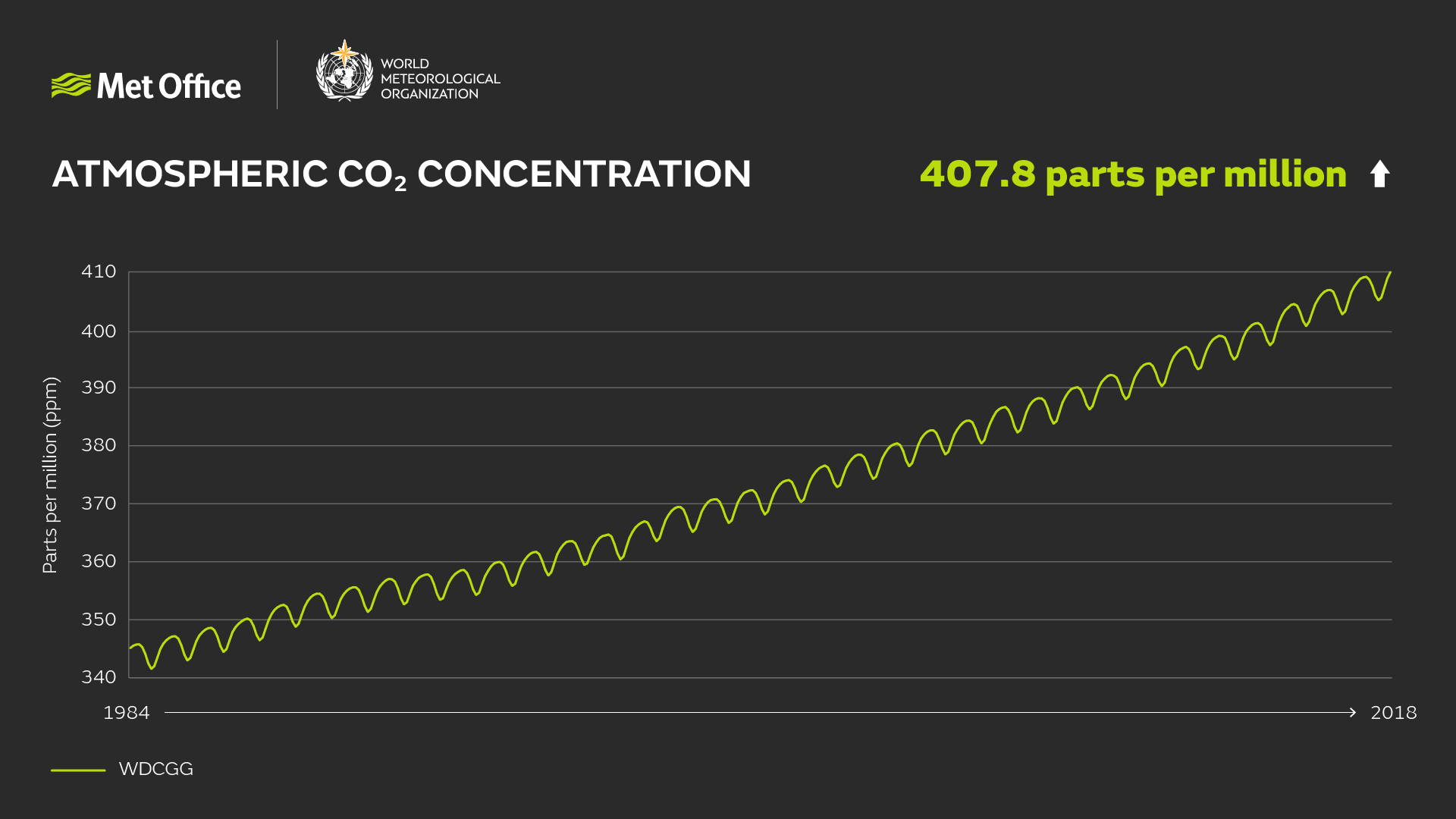