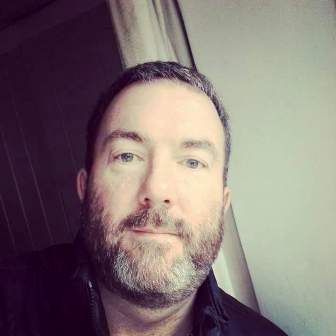 Q: Tell us about your role at the Met Office.

Q: How did you get into this area of science/engineering?

I've always had a passion for wanting to know how things work and even as a child I always ended up taking my toys apart, much to the annoyance and frustration of parents. Science was my favourite subject at school, which led me to a career in the airline industry. On leaving school, I spent 20+ years in airline operations, performance and flight planning, before joining the Met Office – a natural progression as aviation and weather are linked.

Q: What is your favourite thing about your job?

The variety. My role is pretty much three-in-one of General Enquiries/customer service, Customer Assurance, and IT Service Desk. It’s quite a busy on a normal day, so throw in a weather ‘event’ and it can be quite challenging. One minute could be talking to a farmer about a dry spell for haymaking and the next I could be trying to restore emails to a colleagues iPhone or drawing the next analysis chart for the Chief Forecaster. I also work 12hr shifts on a 24/7 pattern so it’s flexible for a work-life balance.  The shift pattern also enables me on my days off to help Devon and Cornwall Police as a Police Support Volunteer.

Q: What challenges have you faced at work as part of the LGBTQ+ community?

I’ve always been open about being gay and pretty lucky so far. I first came out to work colleagues some 30 years ago but I think being in the airline industry gave me a good start, and never really had any noticeable challenges. Today my colleagues see me as just Rob and not ‘gay Rob’ or ‘Rob who’s gay’.  That wasn’t always the case in previous jobs as some felt the need to define me by who I sleep with first.

Q: What makes you proud to be part of the LGBTQ+ community?

I am really proud of restarting the LGBTQ Network group going here at the Met Office. I like to say I have my day job and my gay job. When I joined nearly 5 years ago the old formal group had disbanded. People leave and move on and running a staff network can be hard work and time-consuming.  With the introduction of a new staff networking communications platform, I saw an opportunity. Creating a new group was important, to preserve the hard work done by the previous members so I set about building it back up in my spare time.

2018 became the self-proclaimed ‘Year of Visibility’. The Met Office also flew the Pride/rainbow flag last year for the first time.  There are now over 50 colleagues in the current network and you’ve never seen some many people wearing rainbow lanyards or ‘Straight Ally’ badges.  People connect with that rainbow symbol and at a recent science camp a student came up to an employee who was wearing a rainbow lanyard and shared the story about coming out to their parents. We also have many visitors from overseas who may come from a country less tolerant than ours so it’s important for them to feel they are in a safe space.  It’s the little things that make the difference.  The group now has its own momentum with many active members and other projects are spinning off that work.