Why we're better prepared for the next Great Storm

We are always looking back to learn lessons for future forecasts.

October 2017 marked the 30th anniversary of the Great Storm of 1987. Forecasters at the time had been predicting severe weather up to four days ahead. However, as time went by, weather prediction models were unclear, suggesting severe weather would pass south of England, only brushing the south coast.

Although our autumnal storms usually come from the Atlantic and the west, this storm developed over the Bay of Biscay to the south. Many of us remember the words of Michael Fish before the storm struck: ‘…earlier on today apparently, a woman rang the BBC and said she’d heard there was a hurricane on the way. Well, if you are watching, don’t worry, there isn’t…’

He was talking about a different storm in the North Atlantic. He said it wouldn’t reach the UK, and it didn’t. However, the storm from the Bay of Biscay did. It wasn’t a hurricane as they need specific conditions found in the tropics. Even so, there were hurricane force winds in some parts of the UK during the Great Storm. 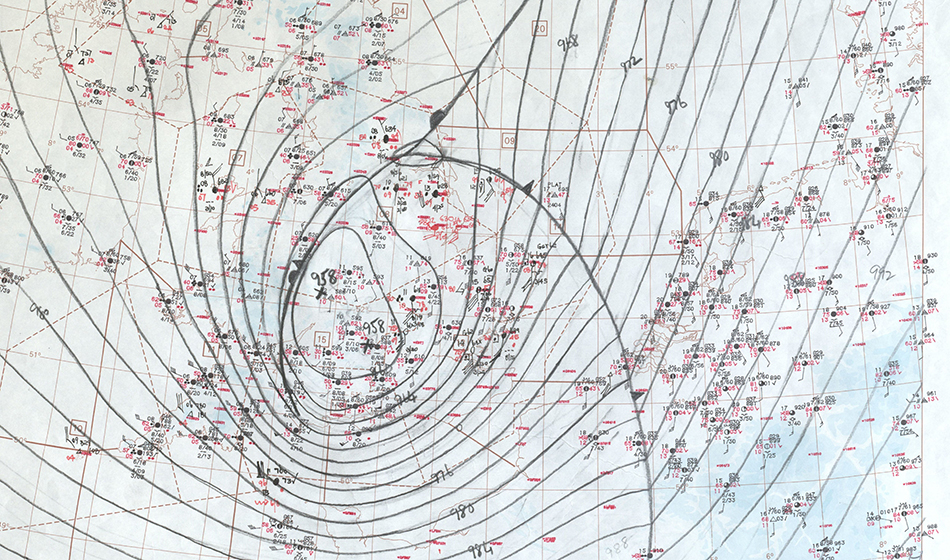 Arriving over the south coast of the UK, the storm tracked north and east before reaching the Humber estuary at about 5.30am on 16 October. This path crossed a densely populated area of the UK, intensifying the damage. The worst damage occurred in southeast England, with gusts of 80mph for three to four consecutive hours. Gusts of more than 100mph were recorded at several coastal locations.

The Met Office and other European forecasters had failed as forecasting capabilities at the time just couldn’t always predict the intensity of this type of storm. This failure became the catalyst for a programme of investment and improvement in the science, technology and communication of forecasting, which has transformed the way the UK responds to severe weather.

Ready to weather the storm

The Met Office now works with other leading international research centres, pushing for ever better accuracy. This helped by improved observations from satellite data and deep ocean weather buoys located around the British Isles, providing hourly weather information and helping us to monitor developing weather conditions.

Supercomputing capability has also advanced since 1987. A typical smartphone of today has a least five times more computer power than our supercomputer of 1987 that could perform 4 million calculations per second. Today our latest supercomputer is able to perform 14,000 trillion calculations per second helping us to unlock new science and provide more detailed forecasts and warnings.

We’re now much better prepared to forecast storms and warn people of potential impacts from storms. After the Great Storm of 1987, the Met Office set up the National Severe Weather Warning Service (NSWWS) to deliver warnings to the government, emergency responders and the public.

In October this year, as we remembered the Great Storm, stormy conditions were arriving in Ireland and western parts of the UK in the form of ex-hurricane Ophelia. Although Ophelia brought impactful weather to many northern and western parts of the UK, other areas – such as South East England – had warm and mainly dry conditions. Temperatures were well above the average maximum temperature due, in part, to ex-Ophelia bringing warm air from Spain on its eastern flank.

Advances in forecasting meant that we were able to provide medium-range guidance on 11 October, well in advance of any impacts, identifying ex-hurricane Ophelia as likely to affect parts of the UK on 16 October. Over the following days, we worked closely with Met Éireann, the Irish meteorological service and the National Hurricane Center in the US.

Ireland took the brunt of the storm with hurricane force winds of up to 80mph across Northern Ireland. Some areas bordering the Irish Sea saw some travel disruption, power cuts and damage to buildings. National Severe Weather Warnings for Northern Ireland, and other western and northern parts of Britain helped people take the necessary precautions to keep safe.

There is no doubt that the Great Storm of October 1987 remains one of the most influential weather events for a generation. Improvements since 1987, resulting in our world-leading weather forecasts, and accurate forecasts of ex-hurricane Ophelia, are all part of our continuing effort to provide ever better guidance. The Great Storm will continue to drive us in the future as we do our utmost to improve our science, technology and the way we communicate even further. 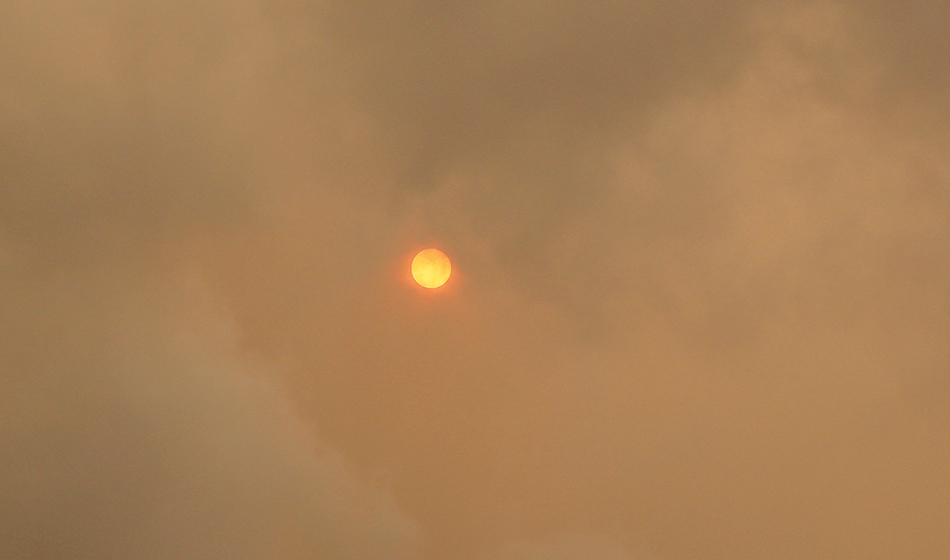 An interesting aspect as a result of the movement of ex-Ophelia was the colour of the sky and the sun, and dust on cars. Southerly winds brought dust from the Sahara and particles from wildfires in Portugal to our latitudes. Dust scatters the blue light from the sun, letting more red light through much as at sunrise or sunset giving a strange orangey-red light.

During September 2017, we provided advice to UK Government in response to the run of damaging Atlantic hurricanes, including Harvey, Irma, Jose and Maria in the Caribbean.

Internationally, we worked closely with our colleagues in the United States National Weather Service (NWS) sharing output from experimental versions of our convective scale and coupled ocean and atmospheric models that our science teams configured in a remarkably short space of time. This provided another important source of reference for both the Met Office and the United States NWS forecasting teams.

Although the Hurricane Crisis had devastating impacts, early warning support helped to protect lives in the Caribbean and southern US states by providing invaluable guidance to decision makers.