In 2020, large parts of eastern Asia experienced their wettest summer for almost 60 years. Widespread flooding in several provinces of China, southern Japan and South Korea affected over 35 million people and cost upwards of US$ 32 billion.

Heavy rainfall during June and July is a key feature of the east Asian climate, associated with the onset of the East Asian Summer Monsoon, which moves very slowly north throughout the summer. In 2020, prolonged, intense rainfall resulted in extreme maximum monthly rainfall totals, which were 94% higher than average in places, with record high reservoir levels also recorded. In a bid to better understand this extreme event, scientists from several countries were encouraged to research and submit their findings on the east Asian flooding of 2020 to a special issue in Advances in Atmospheric Sciences. 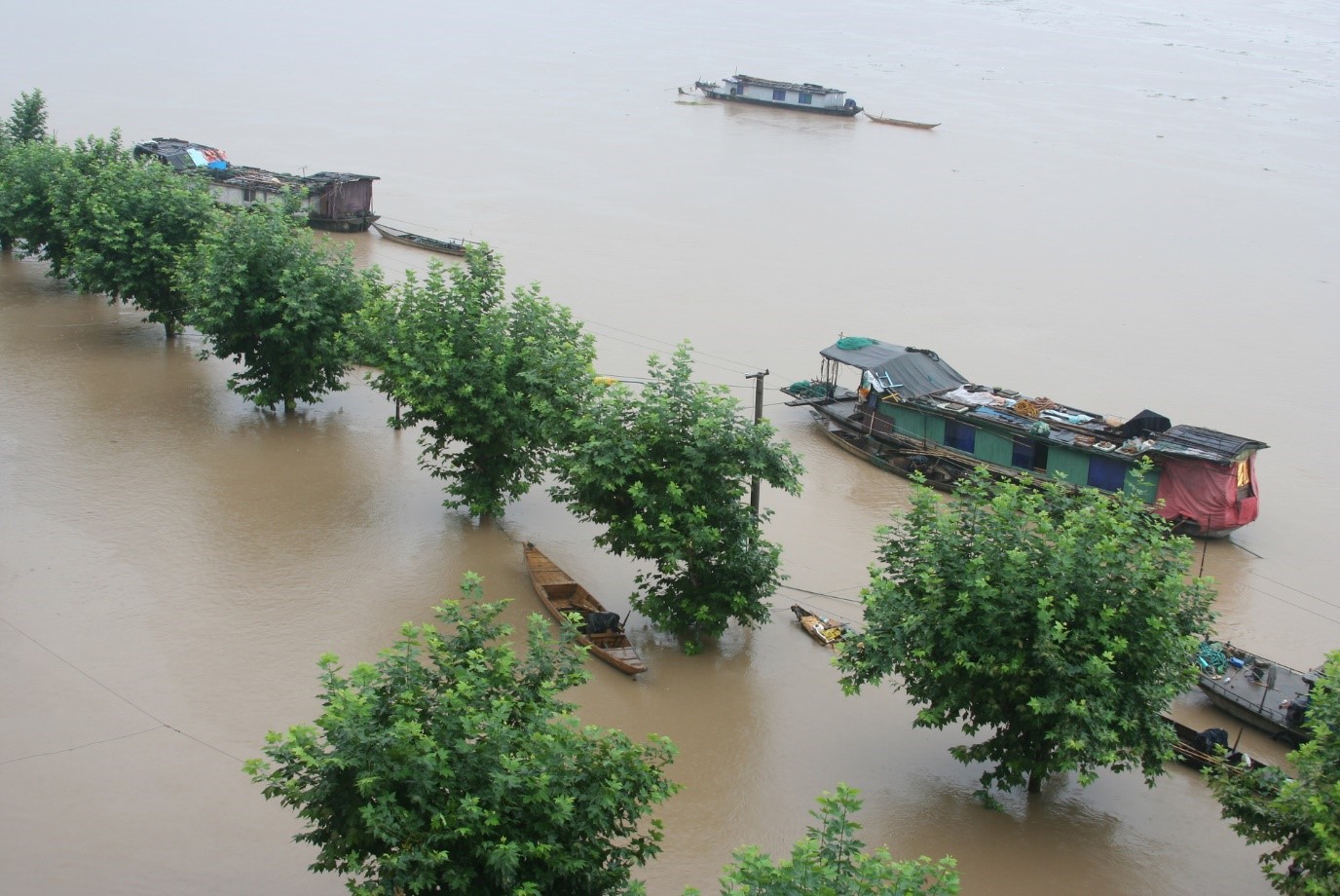 In previous years with very wet summers, including the memorably wet summer of 1998, intense rainfall followed a major El Niño event, which is the warming of sea surface temperature that occurs every few years, typically concentrated in the central-east equatorial Pacific. However, in 2020, this was not the case.

Instead, a key feature of the 2020 summer, reported in all special issue papers, is the unusual behaviour of the high-pressure (anticyclone), present in the subtropical west Pacific. Professor Jianhua Sun, one of the co-organisers of the special issue, from China’s Institute of Atmospheric Physics explains,

“The anticyclone is a feature in every year, but in 2020, its position was much further to the west than normal. The persistence of this behaviour was also unprecedented. This helped to drive moisture towards the regions impacted by the floods”.

Unusually warm Indian Ocean sea surface temperatures are believed to have played a key role in driving the unusual behaviour in the monsoon in summer 2020. In addition, research led by Dr Xiao Pan at the Key Laboratory of Meteorological Disaster in China identified warming further to the west, compared to the usual El Niño pattern, which rapidly cooled and transitioned to a La Niña event. This rapid transition is thought to have also had an impact on the west north Pacific high-pressure system.

However, collaborative work through the Climate Science for Service Partnership China (CSSP China) project identified unusual behaviour of this high-pressure system as only one of a number of components behind the extreme rainfall. Research, led by Dr Ambrogio Volonté at the University of Reading, investigated the dynamics associated with the 2020 rains:

“The record-level precipitation of June-July 2020 over China was associated with an anomalous lack of northward progression of the monsoon front, where warm-moist tropical and cool-dry extratropical air masses meet. Analysis of two representative events highlighted that the stationarity of the monsoon front, was controlled by the upper-level flow pattern, with the jet stream and the west Pacific high pressure playing a leading role.”

Was the event forecast?

Scientists from China and the UK have been working together through the CSSP China project to develop a seasonal forecast for the Yangtze River Basin. The ability of forecasts to capture the extreme rainfall event has been studied by scientists from the Institute of Atmospheric Physics, Beijing and the Met Office as part of the special issue. One such paper, finds the forecast consistently predicted above average rainfall for the summer of 2020, from up to three months beforehand. However, the forecasts underestimated the extreme intensity of the rainfall and Dr Chaofan Li, at the Institute of Atmospheric Physics in China, found in his study that the subtropical jet stream also played a key role in exacerbating the summer 2020 rainfall.

Dr Philip Bett, Senior Scientist at the Met Office, explains, “our forecasts successfully predicted the behaviour of the usual climate features driving the monsoon rainfall in early summer, such as the atmospheric response to the Pacific and Indian Oceans. However, work led by our colleagues in China showed that additional processes outside the tropics led to an enhancement of the rainfall in late summer, and that these processes were not well forecast by the model.”

How might the likelihood of an event of this magnitude change in the future?

With the number and severity of extreme events projected to increase as the climate changes, the need to understand and predict such events has become ever more pressing. Early warnings play a vital role in preparing for flood events in order to reduce impacts and save lives.

Research included in the special issue associate the unusually warm sea surface temperatures in the Indian Ocean to both interannual variability and its long-term warming trend. The latter could have implications for the occurrence of similar events in future decades if the warming trend continues. Similarly, work lead by Dr Robin Clark a Senior Scientist at the Met Office suggests future summers with a similar circulation pattern to that of 2020 could become more frequent, resulting in an increase in the number of extreme precipitation events.

Other research published this year has also looked at the summer 2020 rainfall event. One such study, led by Haosu Tang at the Institute of Atmospheric Physics and Ziyue Wang at the Key Laboratory of Meteorological Disaster in China, has recently been published in the Bulletin of American Meteorological Society's special report on extreme events. Perhaps surprisingly, their work found human-induced climate change halved the likelihood of the prolonged heavy rainfall event. In a similar study, led by Dr Tianjun Zhou also at the Institute of Atmospheric Physics, a comparison between modelled simulations of the 2020 rainfall event between worlds with and without human produced emissions also found the extreme rainfall of 2020 to be almost 50% less likely to occur in the modelled simulation including human produced emissions.

However, when looking into this further, the researchers found that when the green-house gas and aerosol components of these emissions were separated, greenhouse gas emissions alone would increase the likelihood of a rainfall event of this magnitude by around 40%. However, in the current climate, aerosol emissions are having a larger effect through the weakening of the East Asian Summer Monsoon, reducing the likelihood of this event by around 70%.

In the future, greenhouse gas emissions are expected to increase, while aerosol emissions continue to decrease. Future simulations using a high emissions climate scenario suggest that by the end of the century an extreme rainfall event of this magnitude could be over 25 times more likely to occur, highlighting the increasing importance of preparing for events of a similar nature.

Read the papers featured in the special issue in Advances in Atmospheric Sciences : Summer 2020: Record Rainfall in Asia – Mechanisms, Predictability and Impacts.