From drinking water to hydroelectric energy, the amount of rainfall we receive and when we receive it has a significant impact on society and the environment. Rainfall variability can lead to droughts and floods and understanding how rainfall may change in the future is crucial for communities around the world.

New research published in Science Advances from the Climate Science for Services Partnership (CSSP) China project, supported by the UK Government’s Newton Fund, has studied how rainfall variability around the world may change in the future. Here we talk to scientists involved in the project about their research findings.

As global average temperatures rise due to increasing greenhouse gas emissions, this can lead to changes in rainfall around the world. Studies have found that future changes in rainfall due to climate change are not consistent globally, with some regions getting wetter and others drier. Although there’s been considerable research into how climate change may influence changes in the overall amount of rainfall in the future, research into rainfall variability is less understood.

“Rainfall variability is crucial for effective management of water resources and for protecting against hydrological extremes such as floods. This is because infrastructure like dams and reservoirs need to be operated differently when thresholds are passed. The probability of such events is dependent on both the average precipitation and its variability”, explains Kalli Furtado, Expert Scientist at the Met Office. 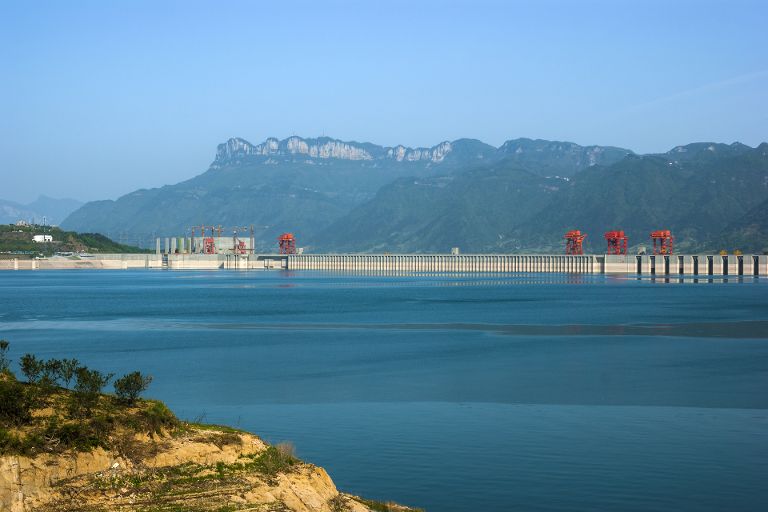 Rainfall variability is crucial for effective management of water resources

“The story of this research began in 2019 when I had the opportunity work at the Met Office as a visiting scientist”, explains Wenxia Zhang, the study’s lead author from the Institute of Atmospheric Physics, China. “My visit allowed me to combine my expertise in climate variability and impacts with the Met Office’s state-of-the-art climate model to investigate how rainfall variability may change in a future warmer world.”

The study found that in a future warming world, around two-thirds of land is projected to experience a climate that is not only wetter but also more variable with greater differences between wet and dry conditions. This was found for rainfall variations across all timescales including day to day, month to month and year to year. Over most of these regions, the increase in rainfall variability is projected to be larger than the increase in average rainfall. This means there may be an increase in both wet and dry extremes such as floods and droughts, with wider and more rapid transitions between them.

“If this increase in rainfall variability occurs, it could challenge the climate resilience of infrastructures, human society and ecosystems and make climate change adaptation more difficult”, commented Wenxia. With rainfall variability projected to increase with global temperature, the study has highlighted the importance of both adaptation and mitigation to address the global climate challenges. 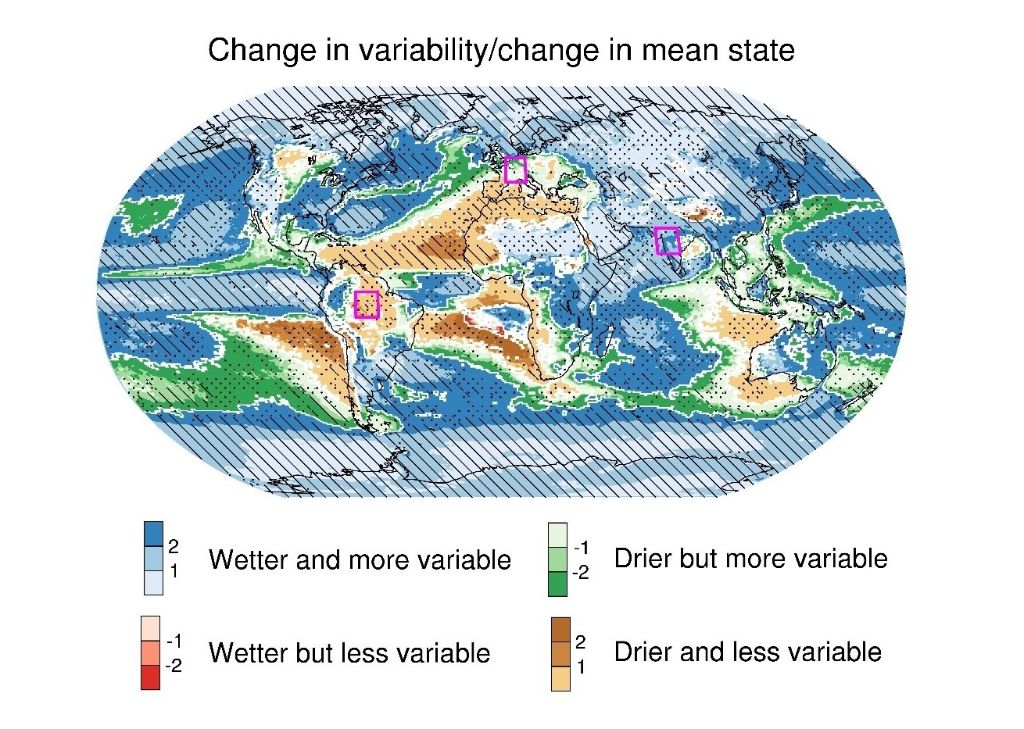 The researchers also found that even some of the regions that are projected to become drier could experience more variable conditions, such as parts of southwestern Europe, southern Africa, central North America, and the Indo-China Peninsula. The emergence of a drier but more varied climate in these regions could increase the risk of drought and put pressure on freshwater resources in the future.

“A key aspect of this work is that it shows that regional changes in rainfall variability crucially depend on how large-scale circulation patterns will change in the future”, says Wenxia. “This highlights the importance of improving our understanding of future circulation changes, which is also a source of uncertainty in climate model projections”. This information will help support the development and evaluation of climate models and improve the ability of models to predict changes in the climate. 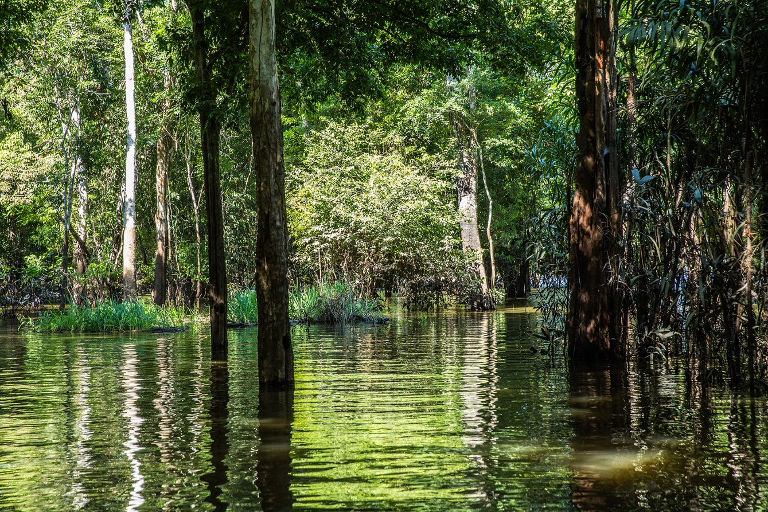 The CSSP Brazil project is also studying how rainfall variability in Brazil may change in the future across different timescales and the work from the two projects could help support national water and agricultural sectors in climate change adaptation planning. Looking into the future, the researchers aim to build on this work to assess how changes in rainfall variability could influence annual variabilities in crop yields and river flows.

Outputs from CSSP China support the UN’s Sustainable Development Goals (SDGs). Outputs from this research support work towards goal 11 (sustainable cities and communities), goal 13 (climate action) and goal 17 (partnerships for the goals). Find out more about how the Met Office supports the SDGs.