Through international collaboration, the Weather and Climate Science for Service Partnership programme (WCSSP) is advancing our understanding of tropical cyclones.

Tropical cyclones are one of the most powerful and destructive natural hazards. In the past 50 years, 1942 disasters have been attributed to tropical cyclones, killing over 700,000 people and resulting in around US$1400 billion in economic losses according to the World Meteorological Organization.

The WCSSP programme, supported by the UK Government’s Newton Fund, aims to help forecasters around the world provide accurate warnings of cyclones. Here we talk to several researchers about their work.

What is a tropical cyclone?

Tropical cyclones are large rotating storms that form over the tropical oceans. They usually develop when sea surface temperatures are at least 26.5 degrees Celsius and get their extreme energy from warm, moist ocean air. Also known as hurricanes in the North Atlantic and typhoons in the northwest Pacific, these huge storms have wind speeds of at least 74 miles per hour and can be up to 1000 kilometres in diameter. 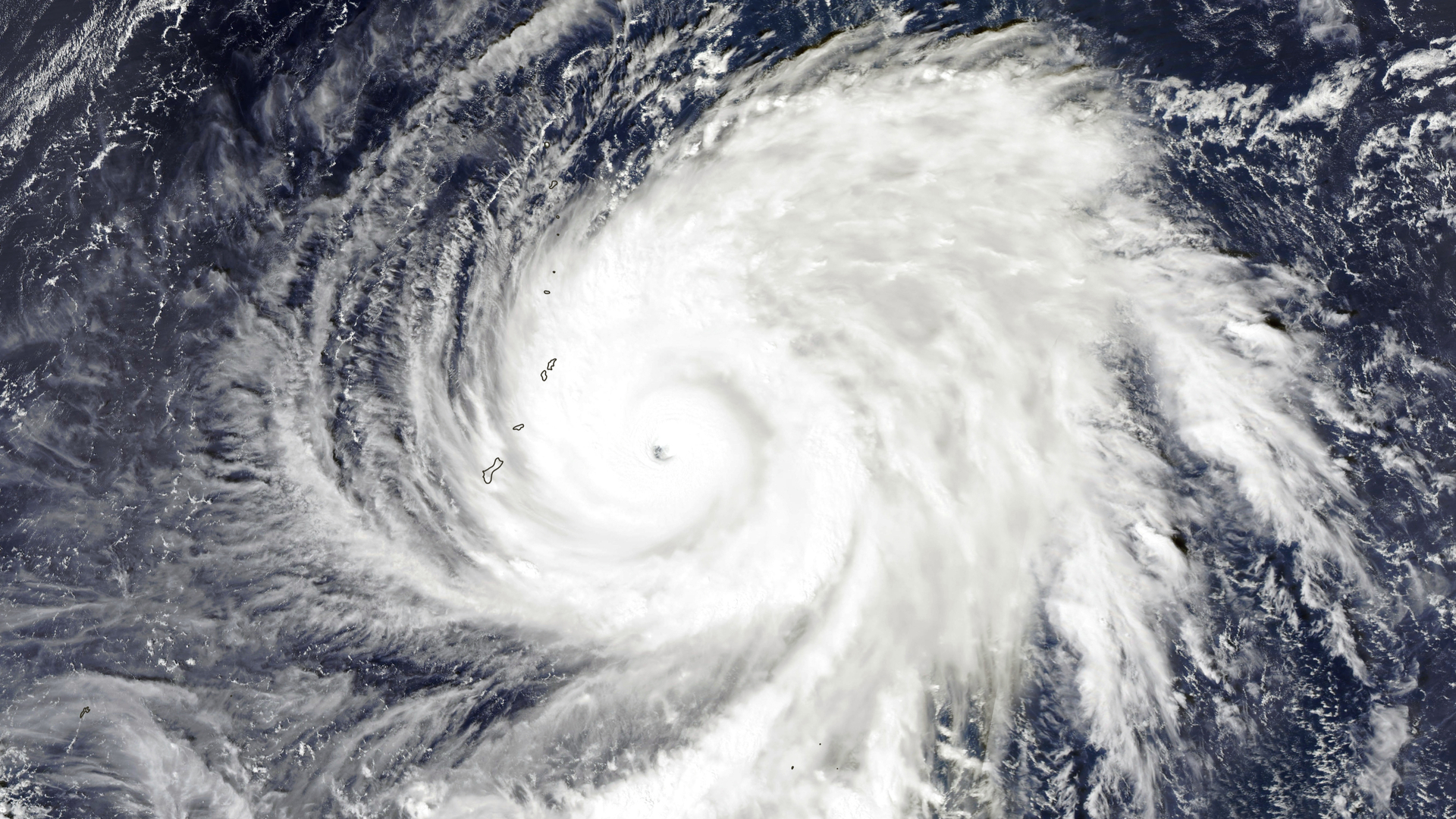 Hundreds of millions of people are affected by tropical cyclones every year. The impact of a tropical cyclone not only depends on the intensity, size, and movement of the storm, but also the vulnerability and exposure of the community impacted. Extreme winds from cyclones can damage property and intense rainfall can lead to flooding and landslides. Coastal regions are particularly vulnerable as cyclones can cause storm surges. In 2013, Typhoon Haiyan struck the Philippines and the extreme storm surges and flooding led to more than 6000 deaths.

To create accurate cyclone forecasts, we need a good understanding around the formation, movement, and intensity of tropical cyclones. Research published earlier this year by Imperial College London as part of the CSSP China project analysed global data from 1982-2018 to study how the activity of cyclones in coastal regions has been changing. They found that over the past 40 years, tropical cyclones at their maximum intensity are moving 30 kilometres closer to coasts every decade. The study also found that the number of cyclones within 200 kilometres of land is increasing by an average of two more cyclones per decade.

Lead author Dr Shuai Wang from Imperial College London commented, “The changes in the coastal tropical cyclone activity and landfall frequency are central and perhaps the ultimate concern of inhabited coastal regions. We find that tropical cyclones are closer to land at the time of highest intensity, more frequent and spend a longer time in coastal regions. These changes can be partly explained by the long-term change of the winds steering cyclones.” 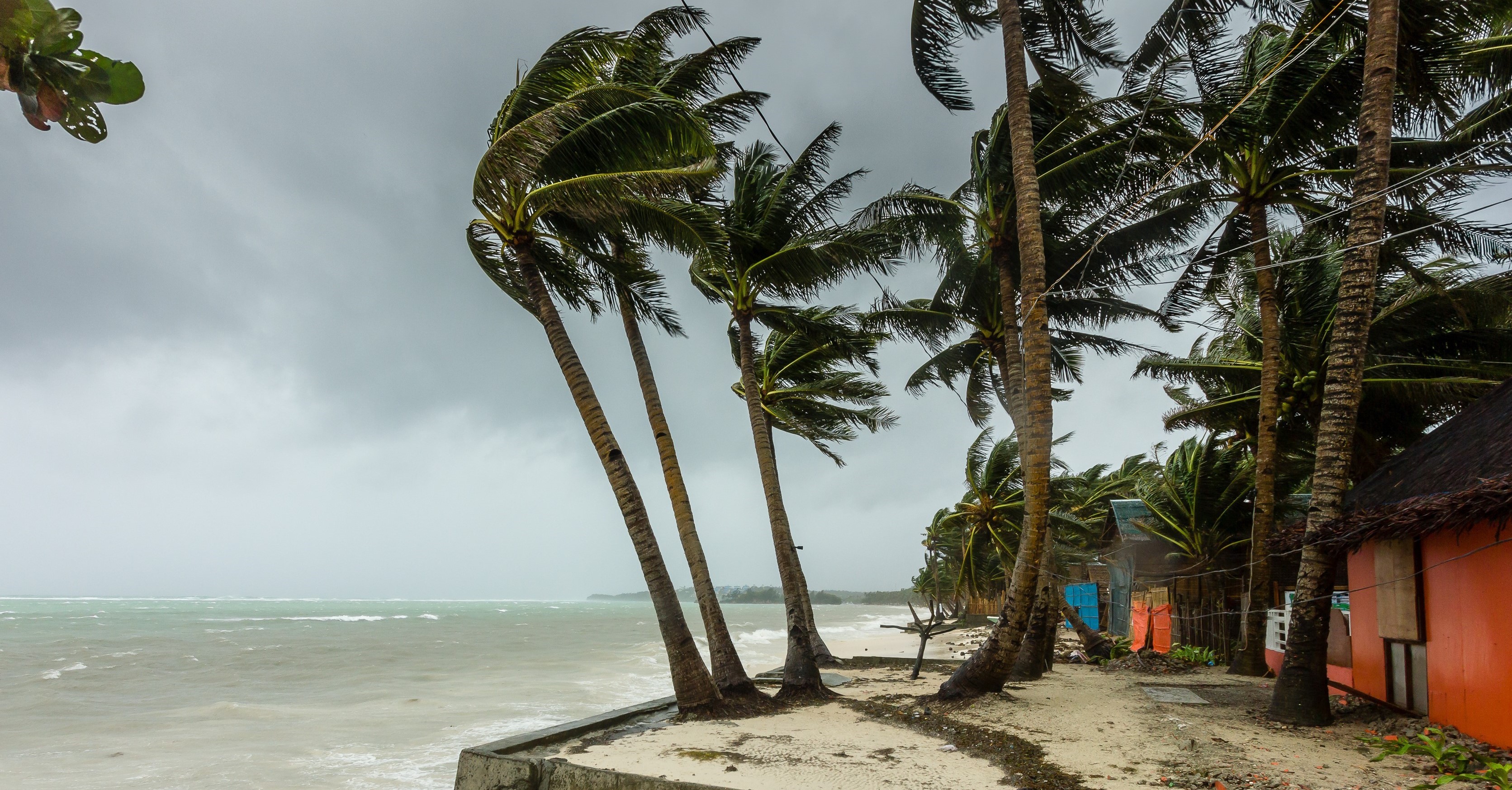 The most destructive tropical cyclones often go through a period of rapid intensification which is when the near-surface wind speed increases by more than 35 miles per hour within a day. When undergoing rapid intensification, cyclones can quickly increase through the Saffir-Simpson Hurricane Wind Scale, sometimes even moving from a category 1 cyclone (winds between 74 and 95 mph) to a category 5 (winds greater than 156 mph) within a couple of days.

Understanding how a cyclone may change in intensity is especially important when a cyclone is close to land. However, identifying when a cyclone is going to rapidly intensify is one of the biggest challenges in tropical cyclone research as some of the fundamental processes in cyclone intensification are poorly understood. Researchers in the WCSSP Southeast Asia project are studying how changes in the structure of a cyclone’s core are linked to dramatic changes in intensity. Using computer models the researchers studied the core of Super Typhoon Nepartak, which passed to the north of the Philippines in 2016. They found that changes in the structure of the core were linked to the rate at which the storm intensified.

Lead author of the study, Sam Hardy from the University of Leeds commented, “In the future, applying the method used in this study to a larger number of cyclones could allow us to create statistical relationships between intensity change and storm structure, allowing forecasters to quickly identify periods of rapid change ahead of time.”

To understand the potential impact tropical cyclones may have on regions, researchers from CSSP China have also been studying how the whole intensity life cycle of tropical cyclones, from formation to intensification and finally weakening, has changed over past decades. The project found that over time, the maximum intensity of cyclones has increased but the duration spent at intensities greater than a category 1 cyclone have decreased. From 1982 to 2018, the total duration of major cyclones has shortened by around 1 day which was found to be mainly due to faster intensification and final weakening. 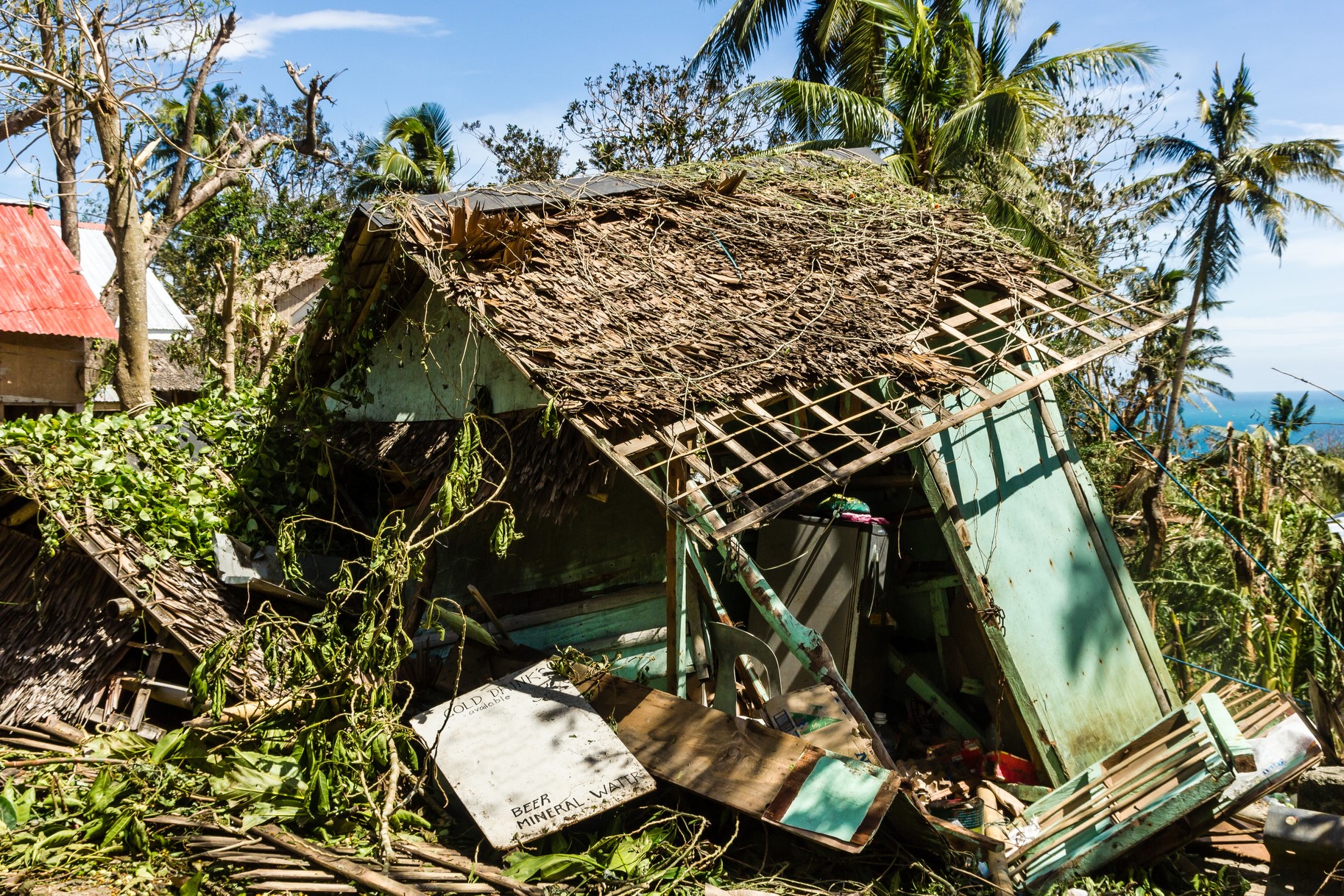 Keith Williams, Head of Atmospheric Processes and Parametrizations at the Met Office commented, “Tropical cyclones are a major hazard in south and east Asia which, sadly, kill many people every year. In WCSSP Southeast Asia, we are undertaking fundamental research into the processes operating in tropical cyclones, improving their representation in models to increase forecast accuracy, ensuring forecasters make optimal use of those models and improving how warnings are communicated to stakeholders and the public in order to save lives and livelihoods across the region.”

One of the project’s activities focuses on impact-based forecasting, which are forecasts that consider the vulnerability of people and property to the weather and warn about the associated impacts. 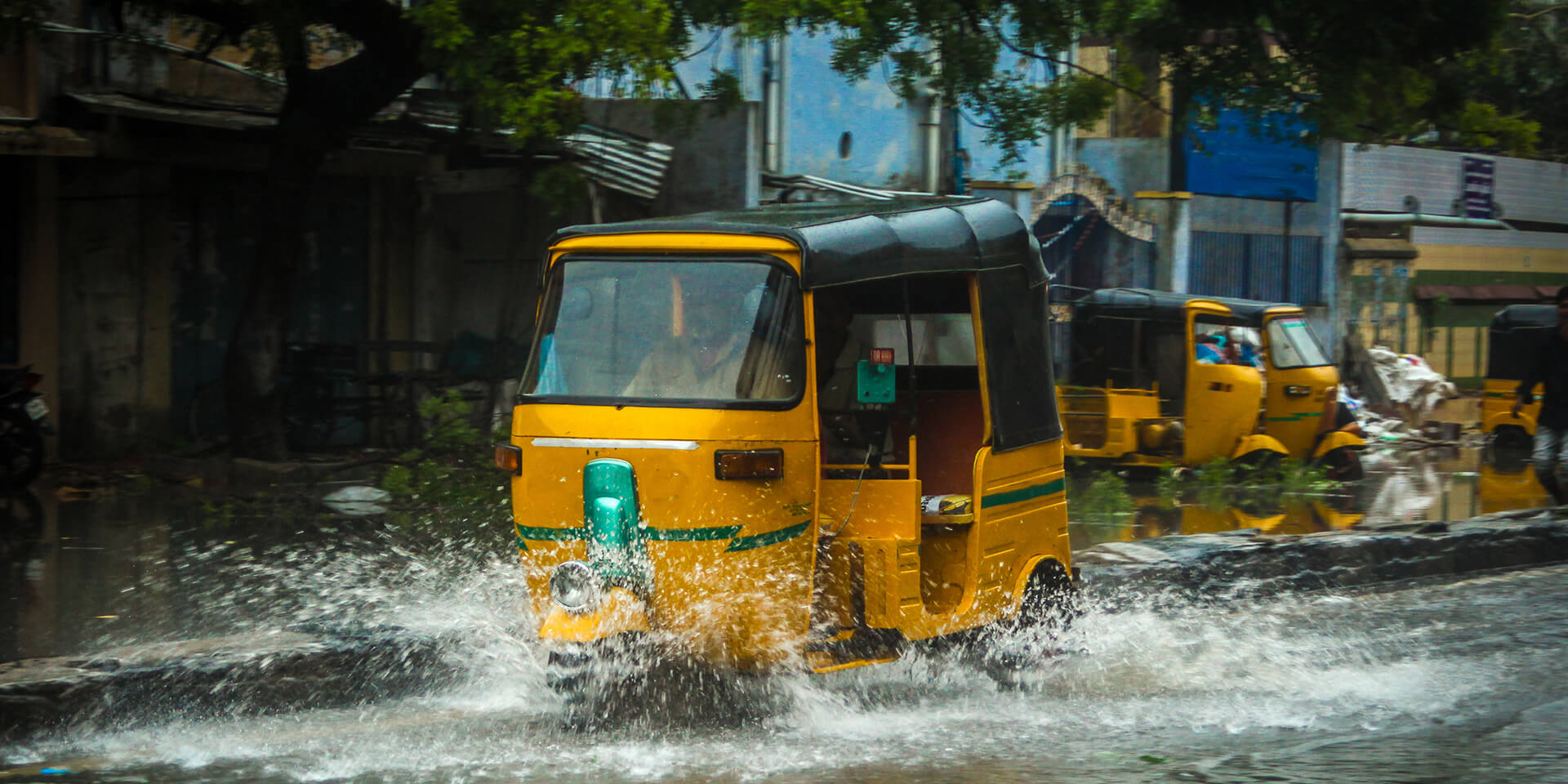 Rebecca Beckett, International Meteorologist from the Met Office explained, “With impact-based forecasting we try to communicate through to stakeholders what the impact will be rather than what the weather will be. This is communicated in terms of risk, through using ensemble forecasting which is when a computer model is run several times instead of once to produce a range of forecasts. This can give the forecaster a better understanding of the likelihood of an event and the project has been working to support the use of ensemble forecasting to understand where uncertainty lies and aid decision-makers on the ground.”

As a collaborator on the project, Alvin Pura from the Philippine Atmospheric, Geophysical and Astronomical Services Administration (PAGASA) commented “We've been closely collaborating with Met Office scientists to improve our forecasts and warning of typhoons using Met Office computer models. During our impact-based forecasting pilot study we used ensembles as this gives us information on the uncertainty in the tropical cyclone intensity and rainfall patterns leading to improved guidance."

Seasonal forecasts provide information about the likely weather conditions several months ahead. These types of forecasts for tropical cyclones could significantly help decision makers and emergency management authorities improve preparedness ahead of the tropical cyclone season.

CSSP China has been developing seasonal forecasts to help predict tropical cyclone landfall risk along the coasts of Eastern and Southern China. In May 2019, the Met Office released the first trial forecast of tropical cyclone landfall risk for East Asia. The trial climate service was developed in collaboration with the China Meteorological Administration, who use the Met Office’s forecast along with their own outputs to produce official guidance on the typhoon season which is provided to the Chinese Ministries of Agriculture and Water Resources. The project is continuing to develop the trial service further and has now found it can produce forecasts in March for the June, July and August period with a good level of skill.