Professor Penny Endersby, Met Office Chief Executive, has been elected an Institute of Physics 2021 Honorary Fellow for her inspirational leadership and distinguished career founded on significant expertise in Physics with interdisciplinary applications.

The Institute of Physics (IOP) is the professional body and learned society for physics, and the leading body for practising physicists, in the UK and Ireland, and an Honorary Fellowship is the highest accolade it presents.

An Honorary Fellowship is presented to reflect an individual’s exceptional services to physics. Every member of the IOP’s celebrated community of Honorary Fellows has contributed significantly to the advancement of physics through a range of means, and serves as an ambassador for physics, physicists and the IOP.

Professor Endersby, said: “I’m delighted to be elected an Honorary Fellow by the Institute of Physics. The science of physics is fundamental to our understanding of how the atmosphere operates and is the very foundation of the meteorology and climate research we conduct at the Met Office. The use of physics has such a wide range of applications, I’d encourage anyone with an interest in pursuing a career in the sciences to follow their curiosity.” 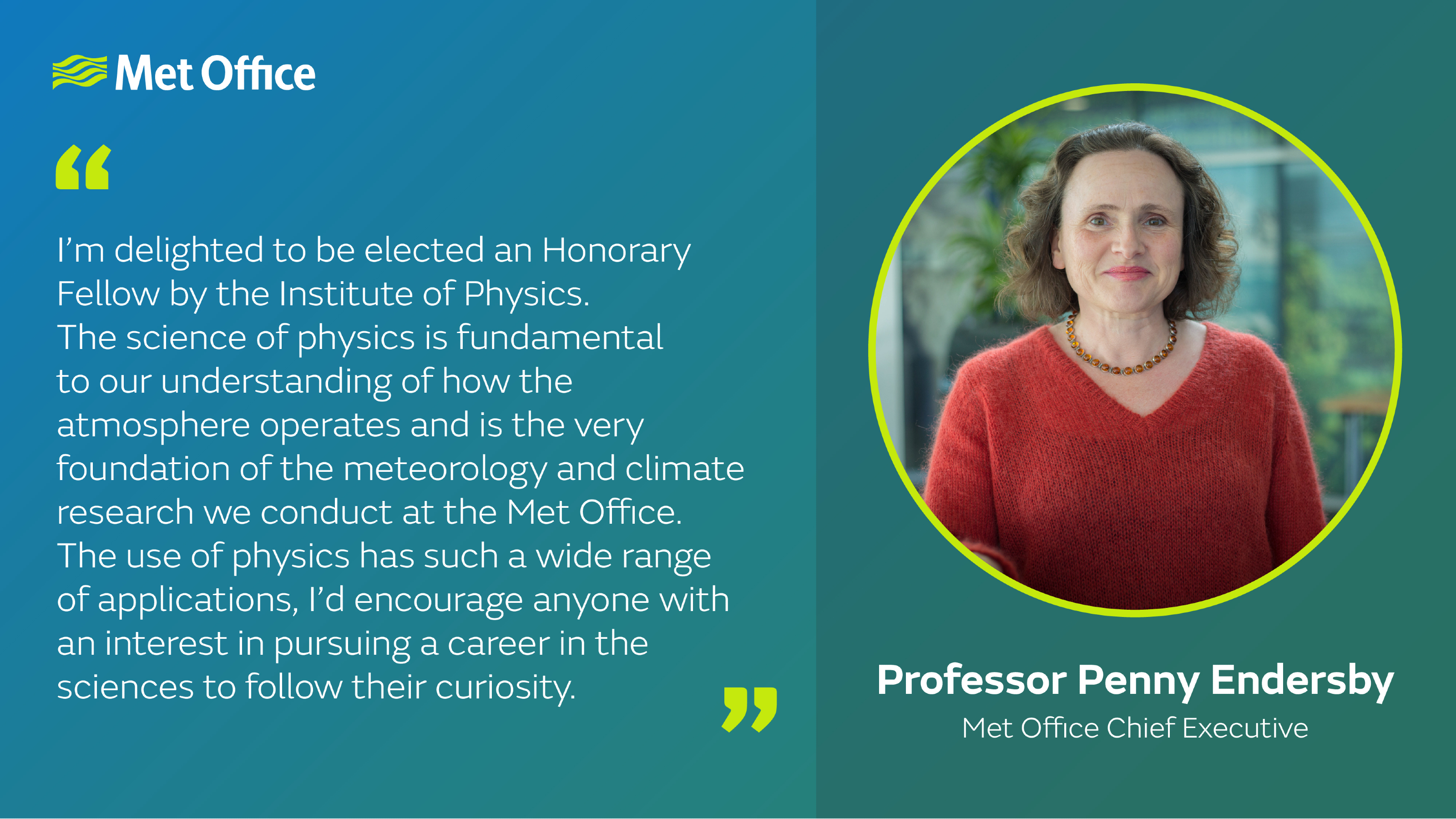 Prior to joining the Met Office, Professor Endersby worked as an armour researcher for the Ministry of Defence. Penny then led research groups at the Defence Science and Technology Laboratory (Dstl), including leading their Physics Department, ultimately becoming the organisation’s acting Chief Technical Officer.

“Each of them has made a significant positive difference to our understanding of, and pursuit of progress in, physics, and represents an example of what we as a community can achieve.

“On behalf of the Institute of Physics, I warmly congratulate all of them.”

Visit the Institute of Physics website to read more about the Honorary Fellowships.