Potentially record-breaking May tops up an average spring

Increased sunshine during May has helped to make it a provisional record-breaking May for daily maximum temperature and sunshine across the UK.

The provisional average daily maximum temperature was 17.0 °C during May making it the warmest May in the UK in a series of records stretching back to 1910. The previous warmest May was in 1992 when the average daytime maximum 16.9 °C. 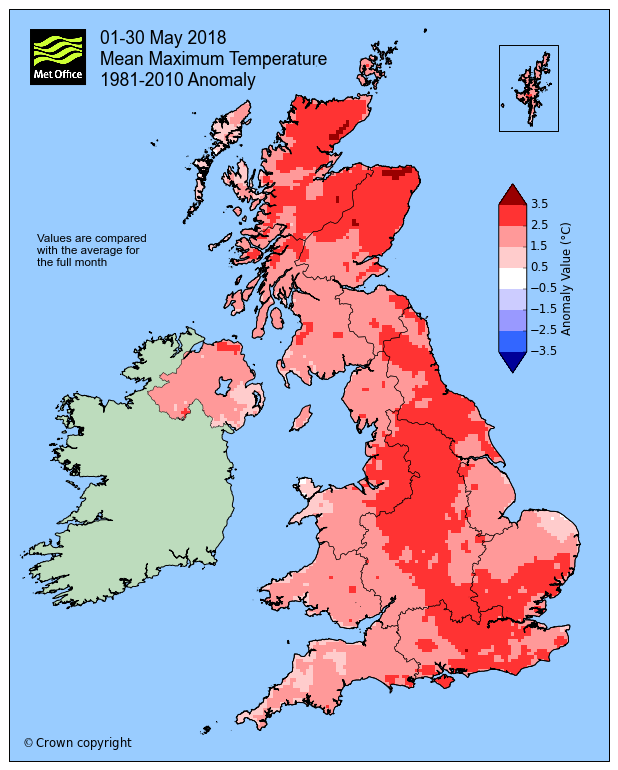 Derbyshire, Aberdeenshire, Banffshire and the Isle of Wight all recorded daytime maximum temperatures 3 °C or more above their long-term average temperatures for the month. 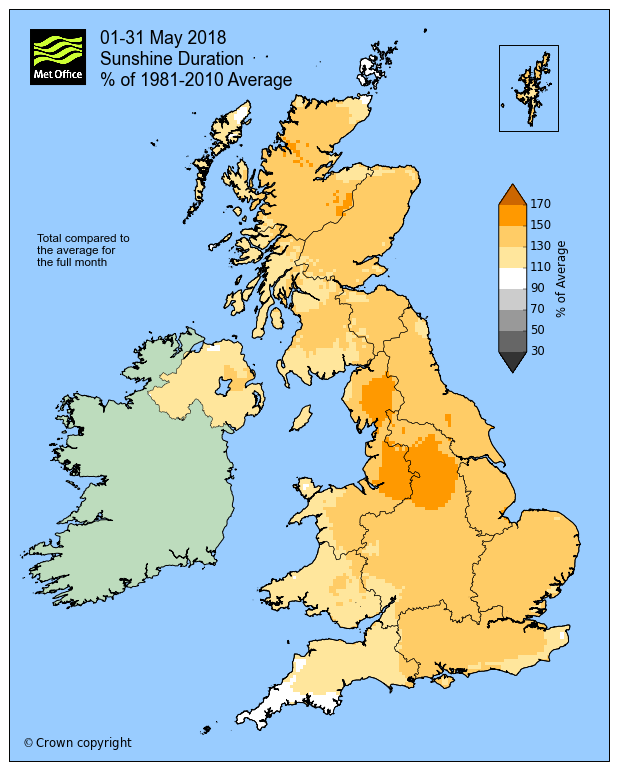 Tim Legg, of the Met Office National Climate Information Centre, said: “Increased sunshine during the month has helped to keep daytime temperatures high, leading to it provisionally being the warmest May since records began in 1910. It is also likely to be the sunniest May since 1929 too.” 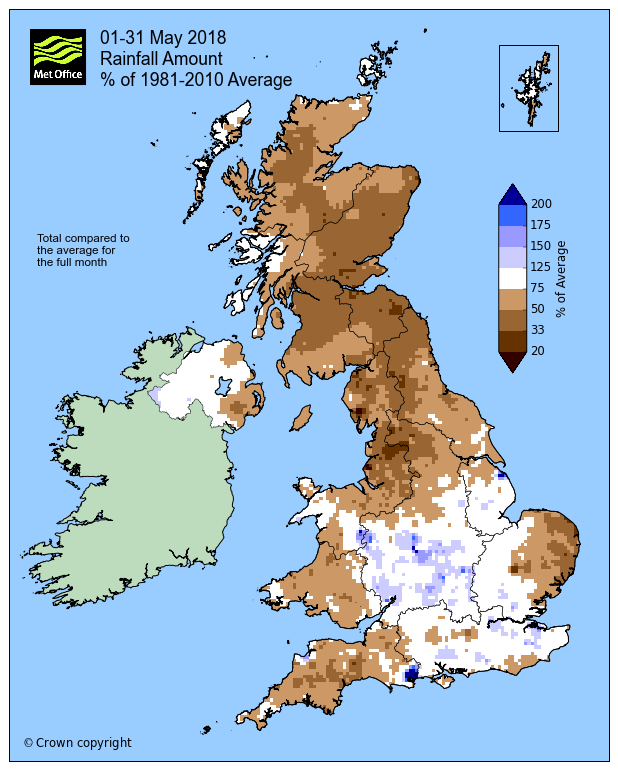 With a prolonged spell of easterly winds bringing cold conditions from Siberia and a few warm spells, it’s certainly been a spring of contrasts. But overall, how will Spring 2018 sit in the meteorological record?

Tim Legg added: “With 1 June being the first day of meteorological summer, we are at last able to look at the statistics for a very dynamic spring with many fluctuations. People’s impressions of spring may well be coloured by their personal weather memories, from coping with freezing conditions to enjoying a hot spell in April. Actually, it may well challenge perceptions to realise that the provisional average temperature for this spring is 8 °C meaning it has been largely warmer than average across the UK by about 0.3 °C, when compared with the average between 1981­-2010.”

These figures vary across different parts of the UK with England at 9 °C, being warmer by almost 0.5 °C, while Northern Ireland’s average temperature of 7.81 °C being broadly the same as the long-term average. 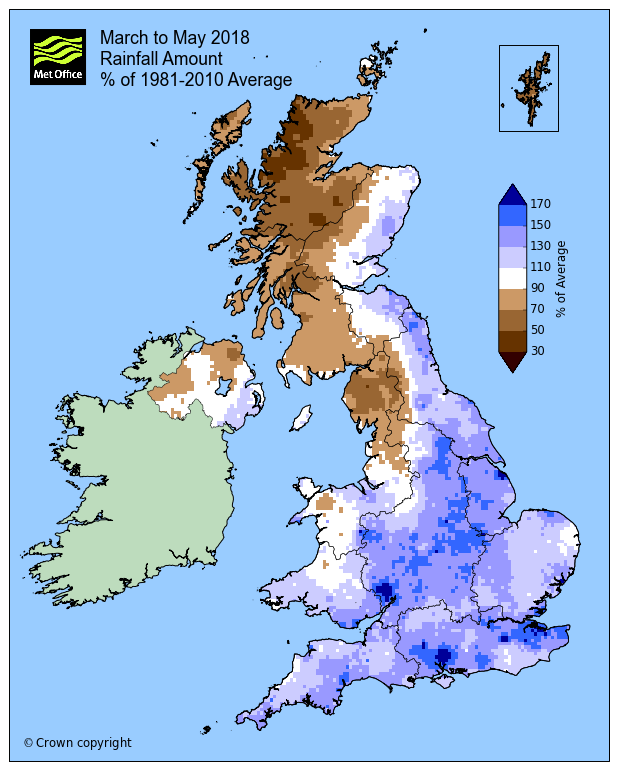 Rainfall across the UK for spring 2018 - which will also include snowfall from earlier in the spring – is about average across the UK with around 236 mm. However, there are regional variations with Scotland only receiving less than three-quarters (73%) of the rainfall expected in spring, and south-east England having around 30% more than average.