Warming up for Easter

After what has been a rather cold April so far, it’s getting warmer this week - just in time for the Easter Bank Holiday weekend.

With winds generally coming from a colder northeasterly direction so far this month, the weather in the UK has been rather dull and dry, with temperatures below average for the time of year. However, high pressure over Scandinavia and winds from a warmer southeasterly direction will see temperatures continue to rise this week, with plenty of warm, dry and sunny weather expected across the UK over the Bank Holiday weekend.

Met Office Chief Meteorologist, Frank Saunders, said: "We’ve already seen higher than average temperatures this week, with 19.4 Celsius reached yesterday (Wednesday 17th) in Kew Gardens, London. Temperatures will continue to rise day by day and with the sun getting stronger at this time of year, it’s going to feel warm or very warm across much of the country this Easter weekend. 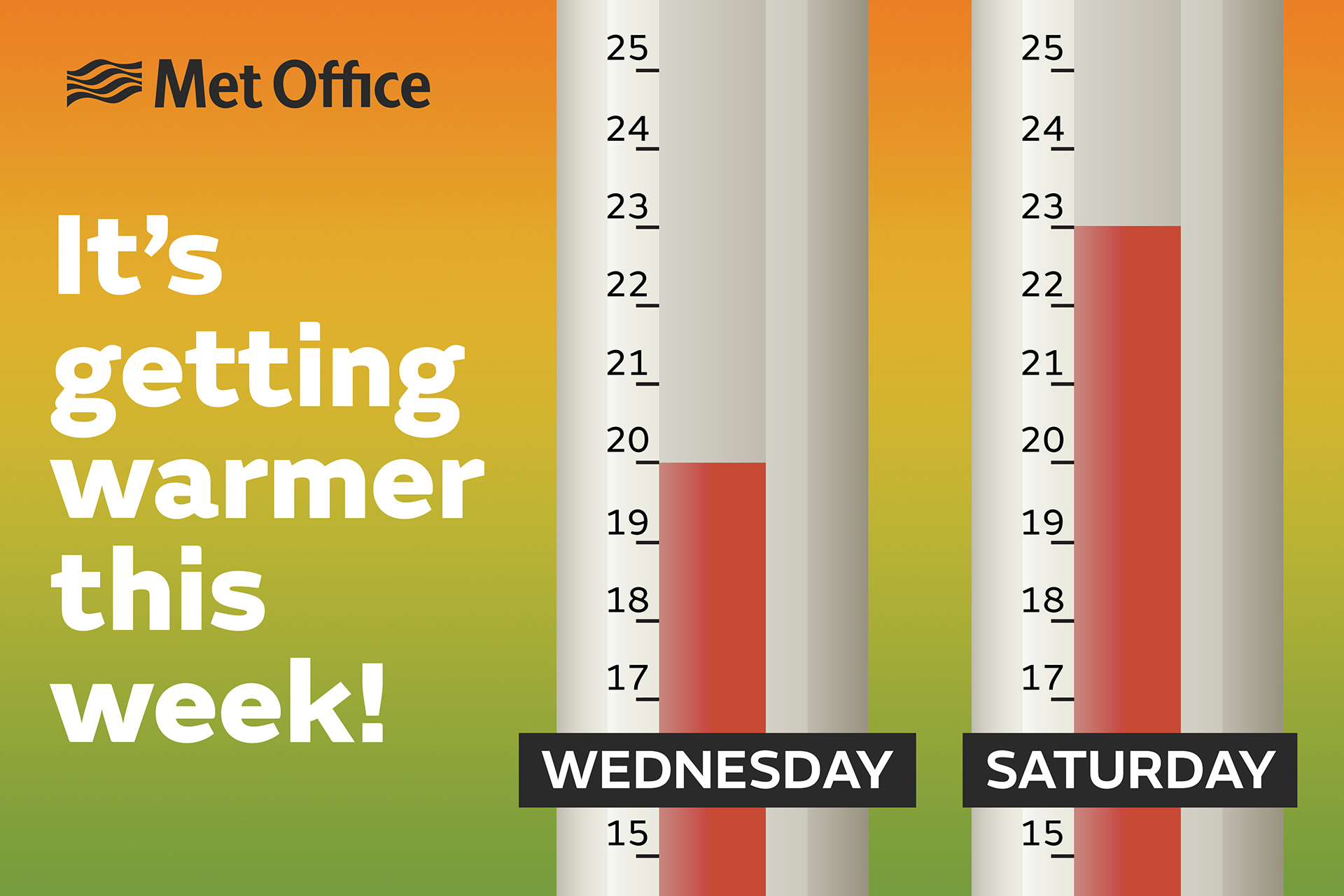 “Temperatures will reach into the low 20s Celsius quite widely and there’s a good chance some places particularly in the south could see temperatures peaking around 24 to 25 Celsius.

“With temperatures usually around 12 to 15 Celsius at this time of year, it’s certainly going to be significantly warmer than average this Easter weekend and quite a contrast to the colder weather we’ve seen so far this month.”

With the warm weather it looks like current Easter temperature records could be challenged this weekend.  The record temperature for Easter Sunday in England is 25.3 C reached in Solent, Hampshire in April 2011, for Scotland is 20.7 C reached in Aboyne, Aberdeenshire in April 2015, for Wales is 21.6 C at Brynamman, Dyfed in April 1984 and in Northern Ireland is 19.4 C in Armagh, April 1924.

It’s worth noting however that the seas surrounding the UK remain cool, and so where the wind is onshore, temperatures along these coastlines will remain much lower than those inland.

Chief Meteorologist Frank Saunders continued: "There’ll be plenty of sunshine around for many of us throughout the weekend.  It’ll be cloudier for Northern Ireland and Scotland on Saturday and Easter Sunday so it might be a little cooler here, though for the rest of the country, it’s going to be warm with very little cloud to speak of.” 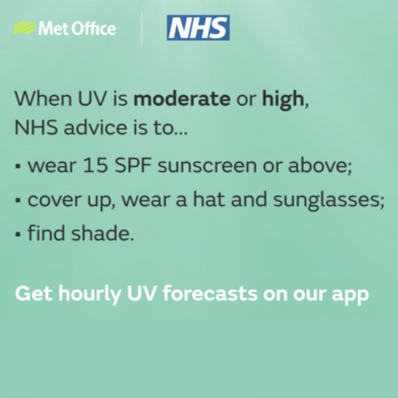 With the strength of the sun increasing during Spring, UV levels will be moderate to high this weekend.  The warm weather timed with the peak period in the tree pollen season mean tree pollen count will be high, causing problems for some hay fever sufferers.  You can check both the UV and pollen forecast where you are on the Met Office website.