July 2019 saw the highest temperature ever recorded in the UK, but the month wasn’t all about heat – rainfall is a significant talking point too, particularly across parts of northern England.

Following on from a largely wet June, northern England and the Midlands have now received more than the season’s usual rainfall, with August still to go.

Tim Legg, of the Met Office’s National Climate Information Centre, said: “With an all-time temperature record it would be easy to assume that this summer has been hot, but the statistics for the season so far tell another story. There have been several periods of intense rainfall as separate areas of low pressure brought well above average rainfall to some parts of the UK, causing issues particularly in Lincolnshire in June and part of northern England during the last few days of July.” 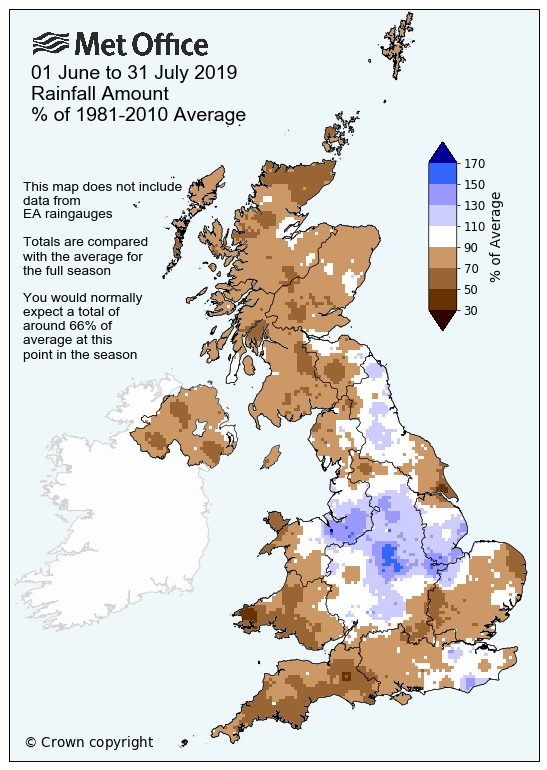 The Cambridge University Botanic Garden recorded an all-time high temperature of 38.7 °C on Thursday 25 July. Across the UK, the average temperature for July has been 1.2 °C above the long-term average for 1981-2010. However, parts of Eastern and North East England have been even warmer at around 1.6 °C above the long-term average. In these areas last month is likely to well within the top ten warmest Julys since 1910.