Resolving detail on the future face of extreme weather

Understanding more about the future intensity of hourly rainfall and daytime extreme temperatures are two factors vital to the resilience of the UK in a world increasingly impacted by climate change.

Today [Monday 16 September 2019], Defra, BEIS, Met Office and the Environment Agency are launching the highest-ever resolution of climate projections produced for the UK: for the first time on a par with the resolution used for weather forecasting.

The launch complements the other products already unveiled last year as part of the UKCP18 suite of climate projections.

Dr Lizzie Kendon is a climate scientist at the Met Office. She said: “Extreme weather events, such as higher maximum daily temperatures and intense rainfall events leading to flash flooding, are projected to be serious consequences of climate change affecting the UK in coming decades.” 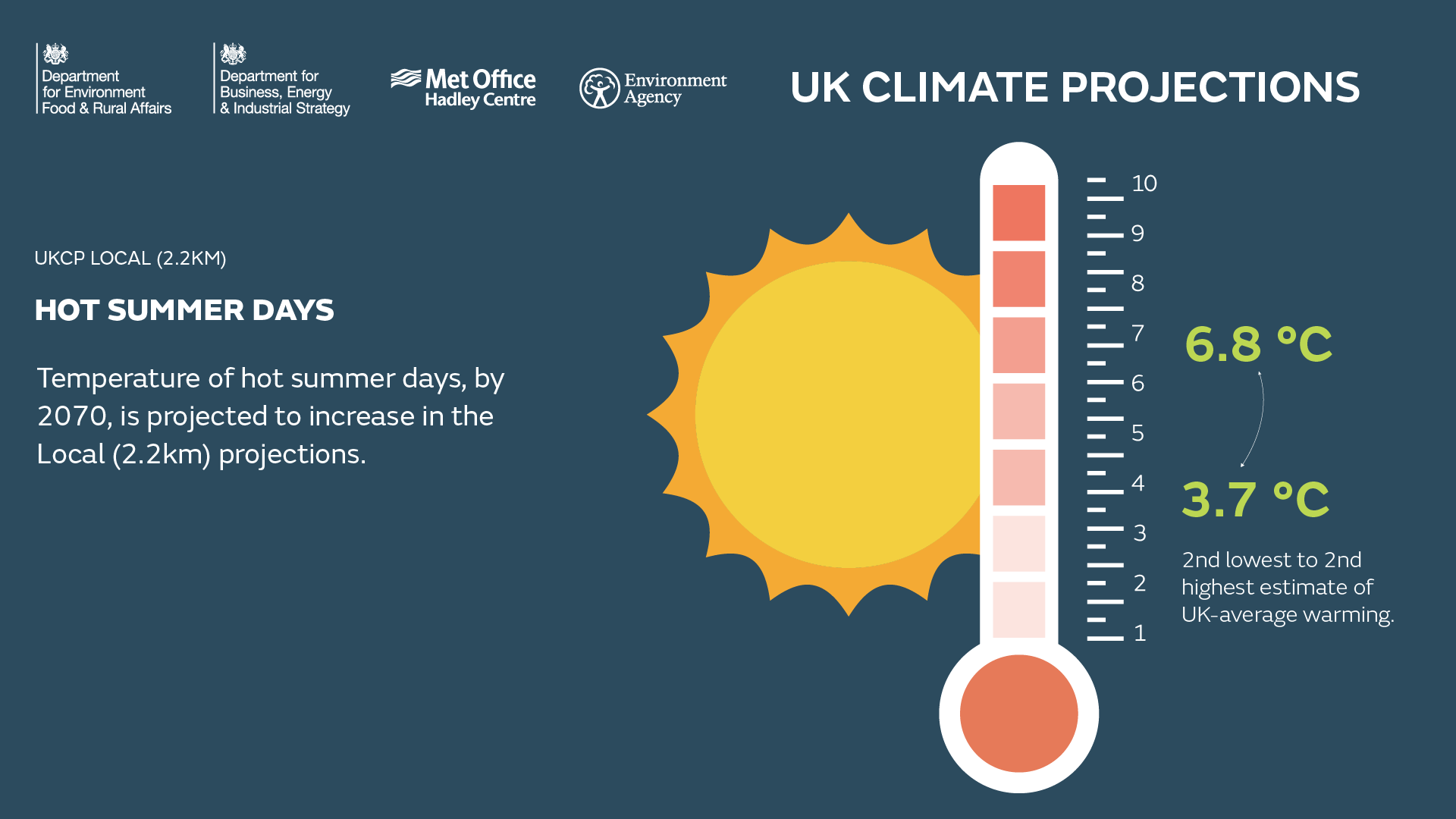 Until now, these events have been challenging to represent in lower-resolution climate models. By dividing the UK up into a grid of squares measuring just 2.2 km, Met Office scientists have been able to provide an improved representation of small-scale features, such as the development of thunderstorms, and the influence of mountains, coastlines and cites. Additionally, the science team has been able to look at weather events which only last less than a day, providing new information essential for understanding flood risk.

Dr Lizzie Kendon explains: “The level of spatial detail we are working with is 10 times finer than the resolution of previous model projections. This is like looking at a digital picture of a person’s face in much greater detail. At a lower-resolution you might be able to recognise the person, but at the higher resolution you will see much more detail, including tiny blemishes on the skin. What we’ve been able to do with the UK’s future climate is to model the impacts of extremely localised events, like the one in Boscastle in August 2004, which saw one month’s rainfall fall in just two hours on the Cornish coastal village: you just can’t capture these in coarser projections.”

Environment Agency Chair Emma Howard Boyd said: “The UKCP18 projections have already shown that extreme weather will become worse and more frequent in the future. Having more local information like this will bring home the challenges that we all face in the places we live.

“With the help of these projections, the Environment Agency will do everything possible to respond to the challenges of climate change, build resilience, and protect communities now and through the next century in a new flood and coastal strategy.

“We will work across government, business, and with communities up and down the country to manage the impacts of climate change and understand how we can adapt to a different future.”

In the future, the 2.2km model suggests there will be significant increases in hourly rainfall extremes. For example, rainfall associated with an event that occurs typically once every two years, increases by 25% by the 2070s under a high emissions scenario – a level where insufficient global action has been taken to reduce the atmospheric concentration of greenhouse gases. These projections use the RCP8.5 emissions scenario, which relates to a change in global temperature of around 4.0 C by the 2070s, relative to the period 1981-2000.

The frequency of days with hourly rainfall exceeding 30 mm per hour - the threshold used by the Environment Agency to indicate likely flash flooding - almost doubles by the 2070s under a high-emissions scenario – increasing from a UK-average of once every ten years in the present day to almost once every five years by the 2070s.

Lizzie Kendon added: “The new 2.2 km projections will allow us to look at the potential for local temperature extremes to exceed 40.0 °C.”

Professor Jason Lowe is head of climate services at the Met Office. He said: “The projections show that the UK climate is likely to get much hotter. If you look at the frequency of those hot spells exceeding 30 °C for two or more days, the records show they are largely confined to the south east and locally they occur, on average about once every four years. Our latest projections shows that by 2070, these events could occur up to four times every year: a 16-fold increase!” However, not every summer will break records. Jason added: “Whilst the trend is towards warmer and wetter winters, and hotter and drier summers, we will still get some cold years.”

The science team behind the programme are confident that the enhanced resolving power of these cutting-edge projections – when viewed alongside other UKCP products - provides new detailed information on future climate change of key importance for local decision-making.

Prof Jason Lowe concluded: “UKCP are a set of tools to help people plan to manage future climate risks. We know the climate is changing, now we need to understand how much it might change in future: UKCP provides the tools to help plan how to protect people and infrastructure.” 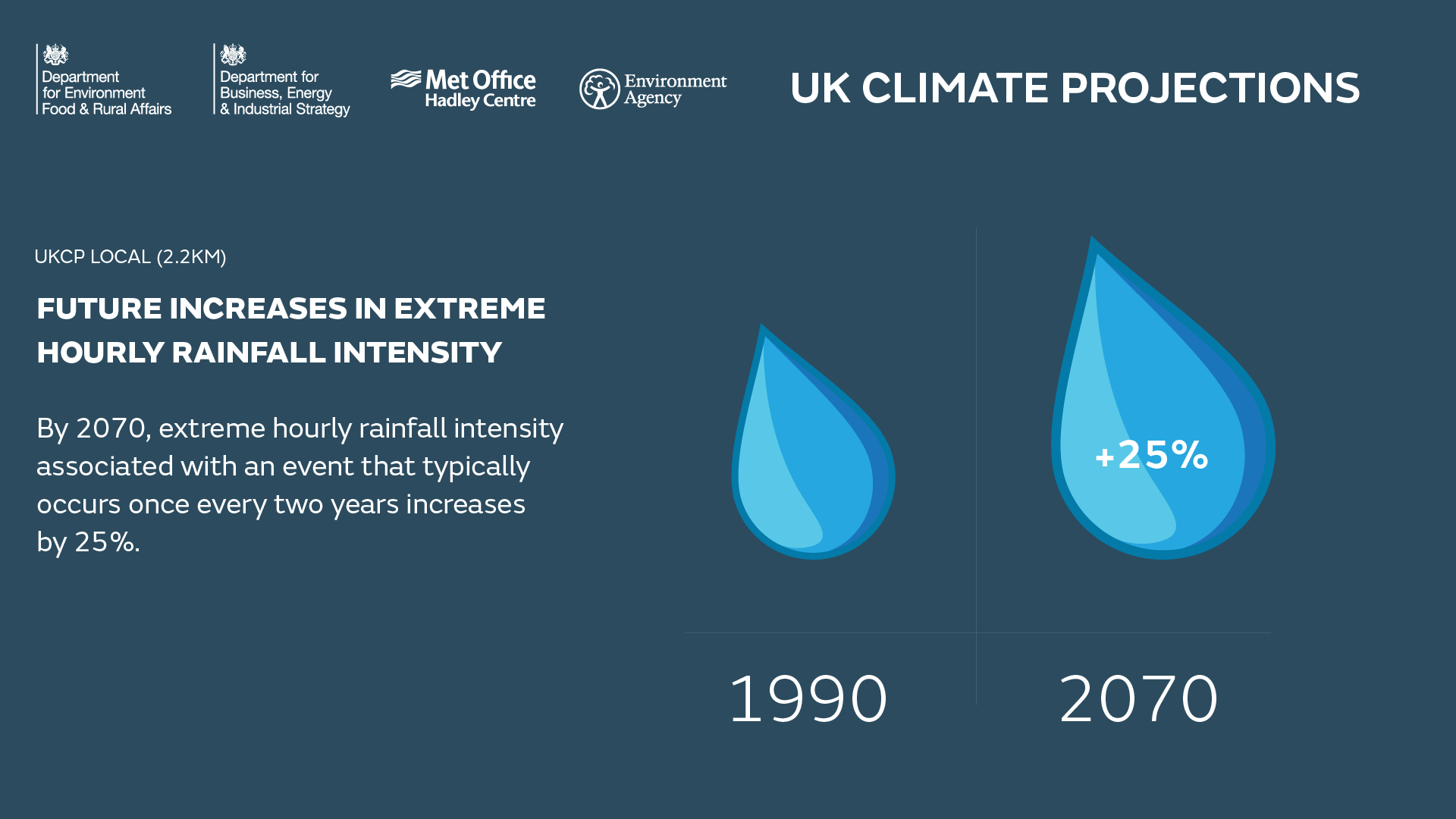 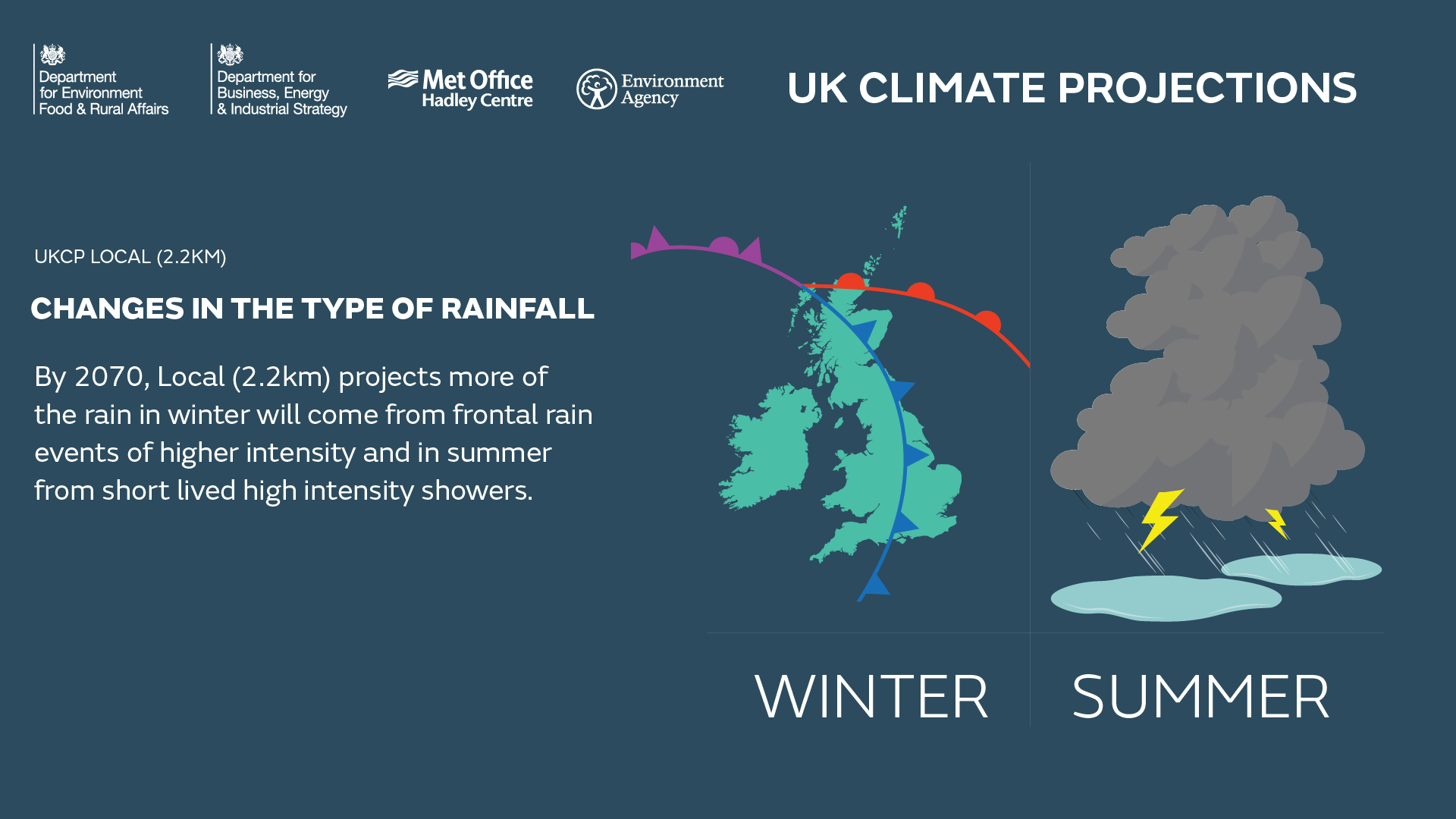 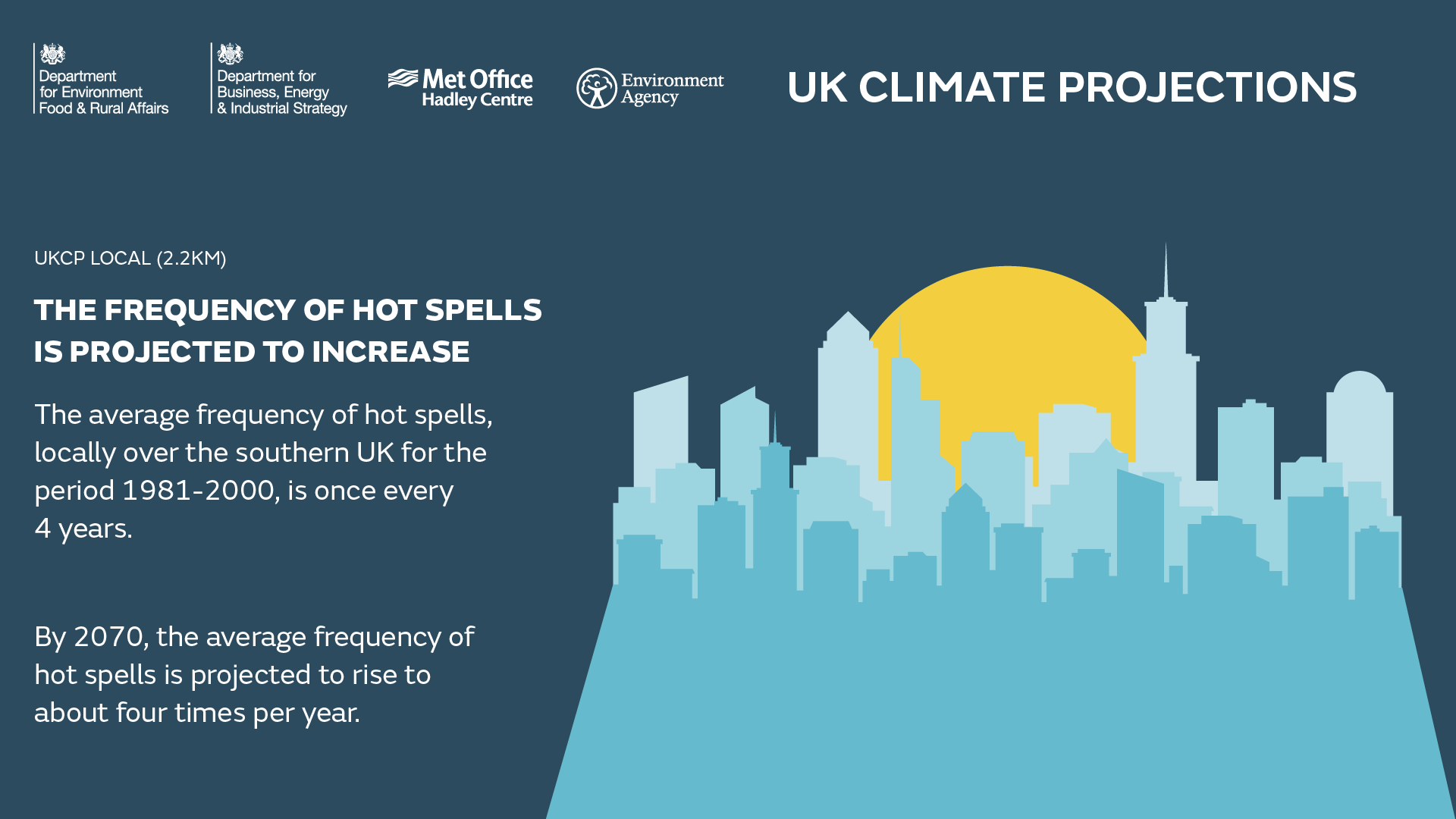