May 2020 becomes the sunniest calendar month on record

It has been the sunniest Spring on record for the UK and all the home nations and the driest May on record in England. 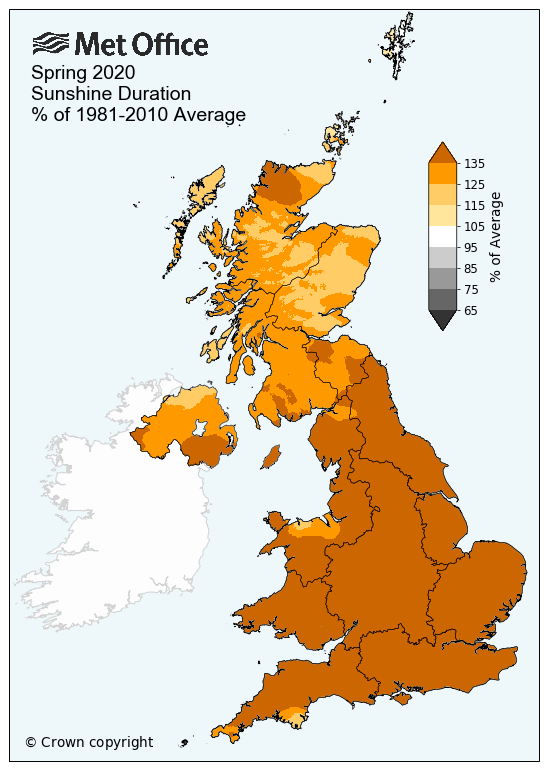 Dr Mark McCarthy is the head of the Met Office’s National Climate Information Centre. He said: “The most remarkable aspect is just how much some of the May and Spring records for these climate statistics have been exceeded. Exceeding the UK sunshine record is one thing, but exceeding by over 70 hours is truly exceptional.

“The sunshine figures for spring would even be extremely unusual for summer and only three summers would beat Spring 2020 for sunshine hours.

“The principal reason for the dry and sunny weather is the extended period of high pressure which has been centred over or close to the UK. This has suppressed the development of clouds and rainfall over the UK, while allowing plenty of sunshine to reach the surface. There has been a band of similar weather conditions extending across central parts of Europe, whereas Iberia and parts of Scandinavia have experienced rather wetter conditions.” 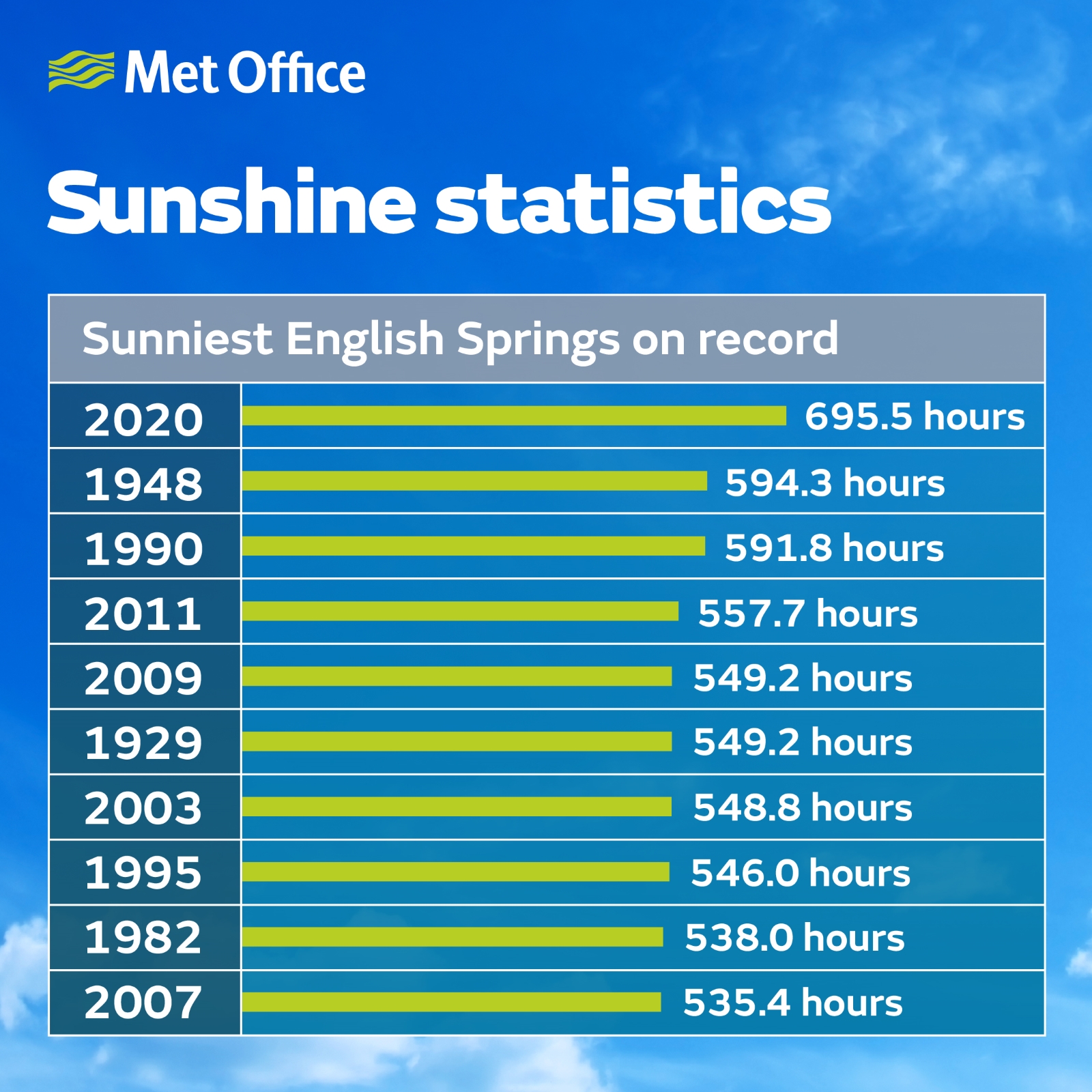 Commenting on the relative lack of rainfall, Harvey Bradshaw, Executive Director for Environment and Business, Environment Agency, said: “This has been an exceptionally dry spring, we have seen a fall in river flows and reservoir levels. However, at this time most water companies across the country have appropriate water reserves for this time of year.

“We work closely with all water companies to ensure their drought plans are up to date and activated as needed. Some will be following their plans as a precaution. We can all do our part to use water wisely and manage this precious resource, simple steps such as fitting a trigger to your hose or using a bucket to wash the car or water plants can make a difference.”

Water UK Chief Executive Christine McGourty added: “These are exceptional times and the record-breaking dry weather is a powerful reminder of what a precious, natural resource our water is. With so many people at home and enjoying their gardens, water companies are seeing record demand for water, which can cause issues with water pressure. Working together, we can all make a difference right now, so let’s use water wisely. We need to keep washing our hands, but make other small changes to our water use, for example cutting back on paddling pools and sprinklers, particularly at the peak times in the evening.” 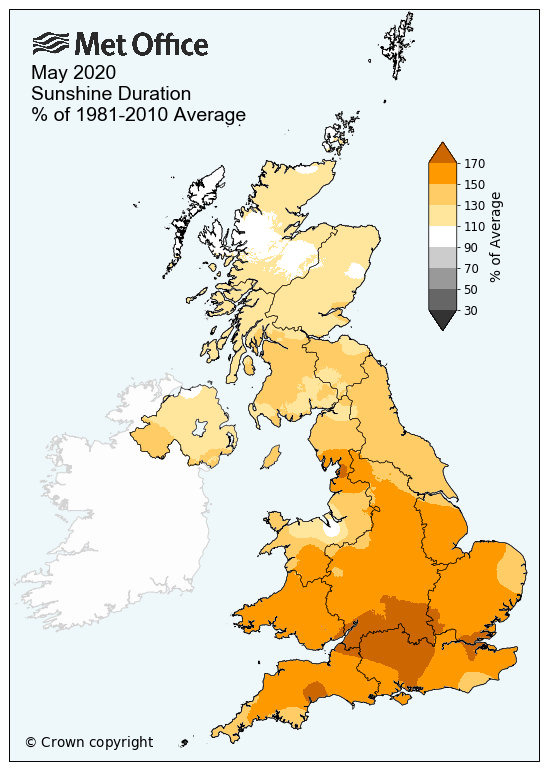 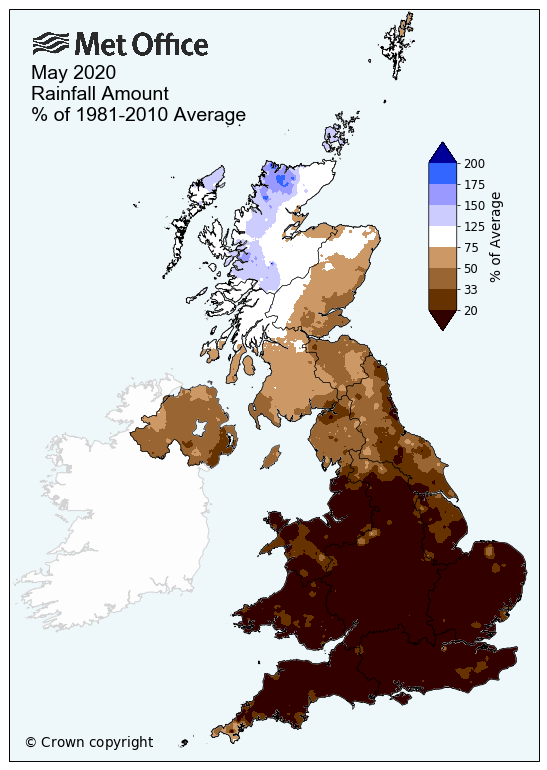