Earth plays it cool, but global warming is unrelenting

The Met Office annual global temperature forecast for 2021 suggests that next year will once again enter the series of the Earth’s hottest years.

The average global temperature for 2021 is forecast to be between 0.91 °C and 1.15 °C (with a central estimate of 1.03 °C) above the average for the pre-industrial period (1850-1900): the seventh year in succession when temperatures have exceeded or been close to 1.0 °C above pre-industrial levels.

The Met Office global temperature forecast for 2021 is slightly lower than some previous years since 2015, largely because of the influence of La Niña in the tropical Pacific, where sea surface temperatures are 1.0-2.0 °C below average. La Niña is the opposing side of El Niño and has a temporary cooling effect on global average temperature.

Met Office scientist, Dr Nick Dunstone said: “The variability of the La Niña / El Niño cycle is the second most important factor in determining the Earth’s temperature but it is simply dwarfed by the forcing effect of increasing greenhouse gases in the atmosphere.”

The series of warmest years began in 2015; the first year when global temperatures exceeded 1.0 °C above the pre-industrial period (1850-1900).  The forecast is based on the key drivers of the global climate, but it doesn’t include unpredictable events such as large volcanic eruptions, which would cause a temporary cooling.

Dr Doug Smith, one of our leading experts in climate prediction, added: “The global temperature forecast for 2021 is an average across the planet. Some locations are warming more rapidly than others. For example temperatures in the Arctic are warming at twice the rate of other regions.”

Prof. Adam Scaife, Head of Long Range Prediction at the Met Office said, “The global temperature for 2021 is unlikely to be a record year due to the influence of the current La Niña, but it will be far warmer than other past La Niña years such as 2011 and 2000 due to global warming.” 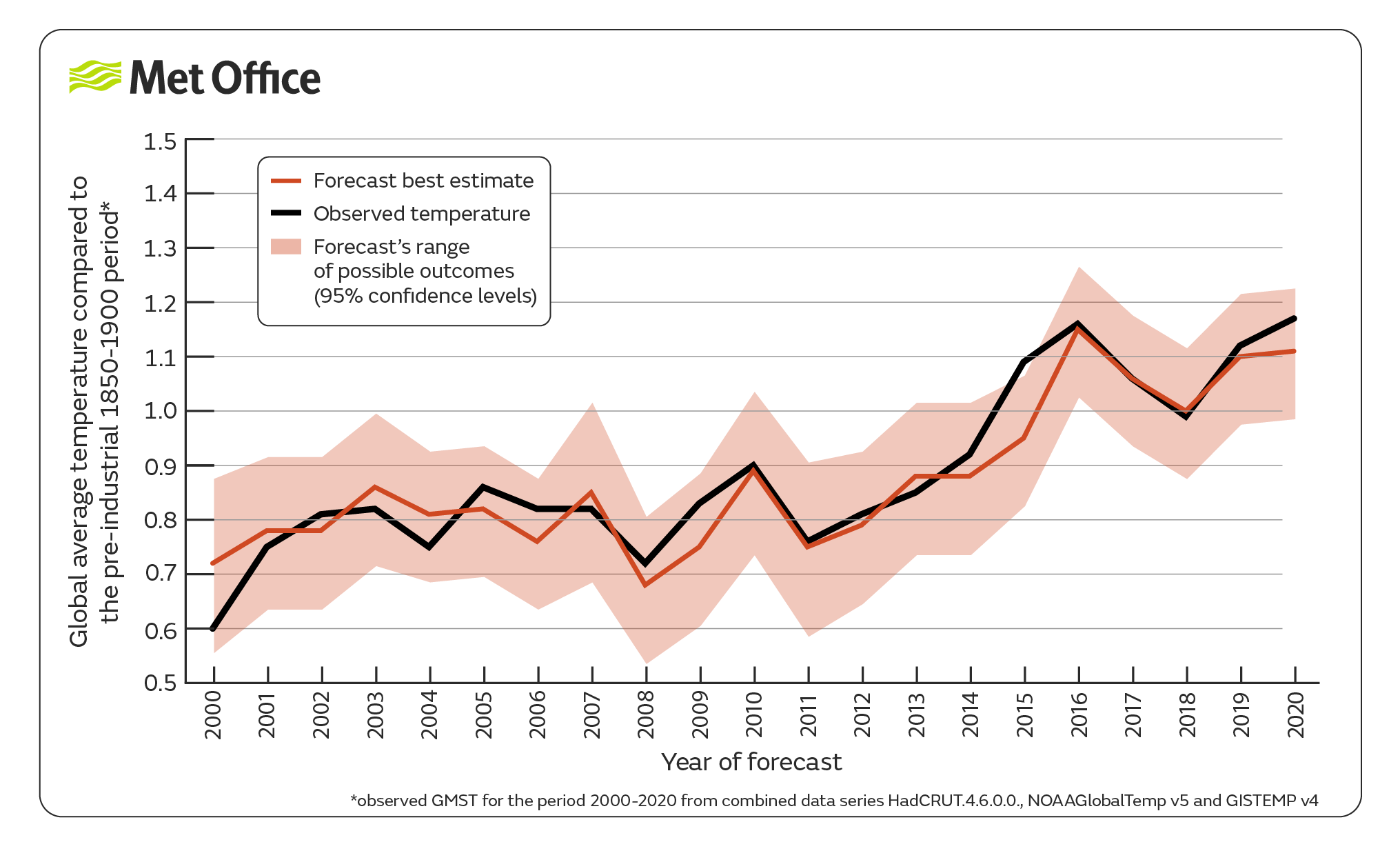 1 These observations are based on an average of three major temperature datasets (HadCRUT.4.6.0.0., NOAAGlobalTemp v5 and GISTEMP v4).