Policy analysts and planners will be able to communicate smarter about climate change action by using a new online decision-support tool which has been launched today at COP27.

Developed by researchers at the University of Leeds and the Met Office, it synthesises the latest scientific evidence on the broader effects of climate change initiatives, enabling decision makers to explain how climate change action can not only help with reducing the physical impacts from global warming but can help achieve wider benefits such as improving air quality, health and wellbeing and boosting employment. It also allows for greater consideration of potential trade-offs.

Dr Bianca Van Bavel, Research Fellow in Climate Change and Health at the Priestley International Centre for Climate at Leeds who is leading the project, said: “Research in the field of climate science is moving at pace and there is a pressing need for policymakers to have a way of accessing the latest evidence on climate mitigation and adaptation options, particularly the wider benefits they can bring to communities, health services, businesses as well as the risks they may pose.

“By having an awareness and knowledge of the wider impacts of their policies, policymakers can devise policies that achieve maximum benefits and avoid perverse trade-offs.” 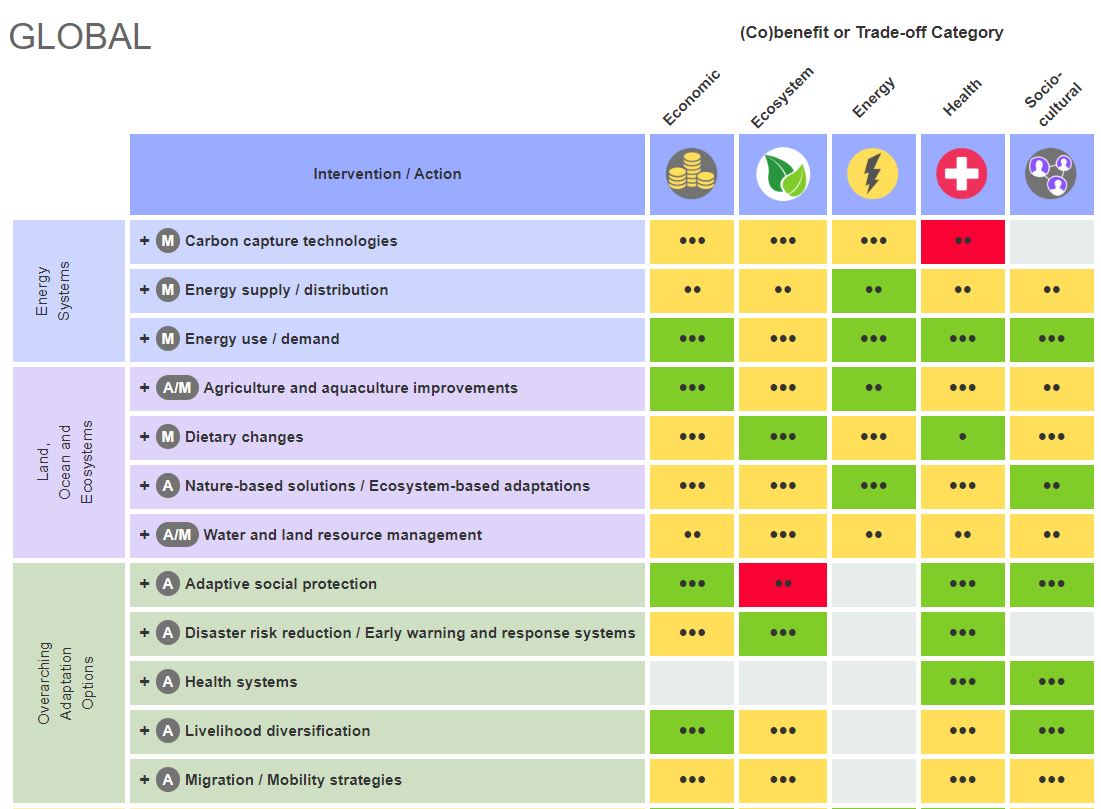 Image: A screenshot of how the new co-benefits tool displays information in a quick and accessable way.

Professor Jason Lowe OBE, from the Priestley International Centre for Climate at Leeds, who is also Head of Climate Services at the Met Office Hadley Centre, and was involved in the project, said: “This research is relevant to both adaptation and mitigation decisions, it will help policymakers plan climate resilient pathways that also deliver other benefits. Tools like this show how our actions to avoid the worst impacts of climate change can have additional benefits to our lives and wider society.”

The online tool builds on existing research that shows, for instance, there is evidence that many city authorities are failing to identify the wider impact of climate change action. Research published in 2020 reported that in a study of 521 cities which had adopted strategies to reduce the impact of climate change, around a quarter failed to report any co-benefits for their initiatives. The report argued that policies designed to deliver and maximise co-benefits are likely to get greater support from people.

Sir Patrick Vallance, the Government’s Chief Scientific Adviser, has welcomed the development of the online tool and the consideration of co-benefits in climate action.

“We know that immediate and sustained action is needed to prevent the most dangerous impacts of climate change. By adopting a systems approach, we can prioritise solutions that result in the greatest net benefit, both for human health and the environment,” he said. 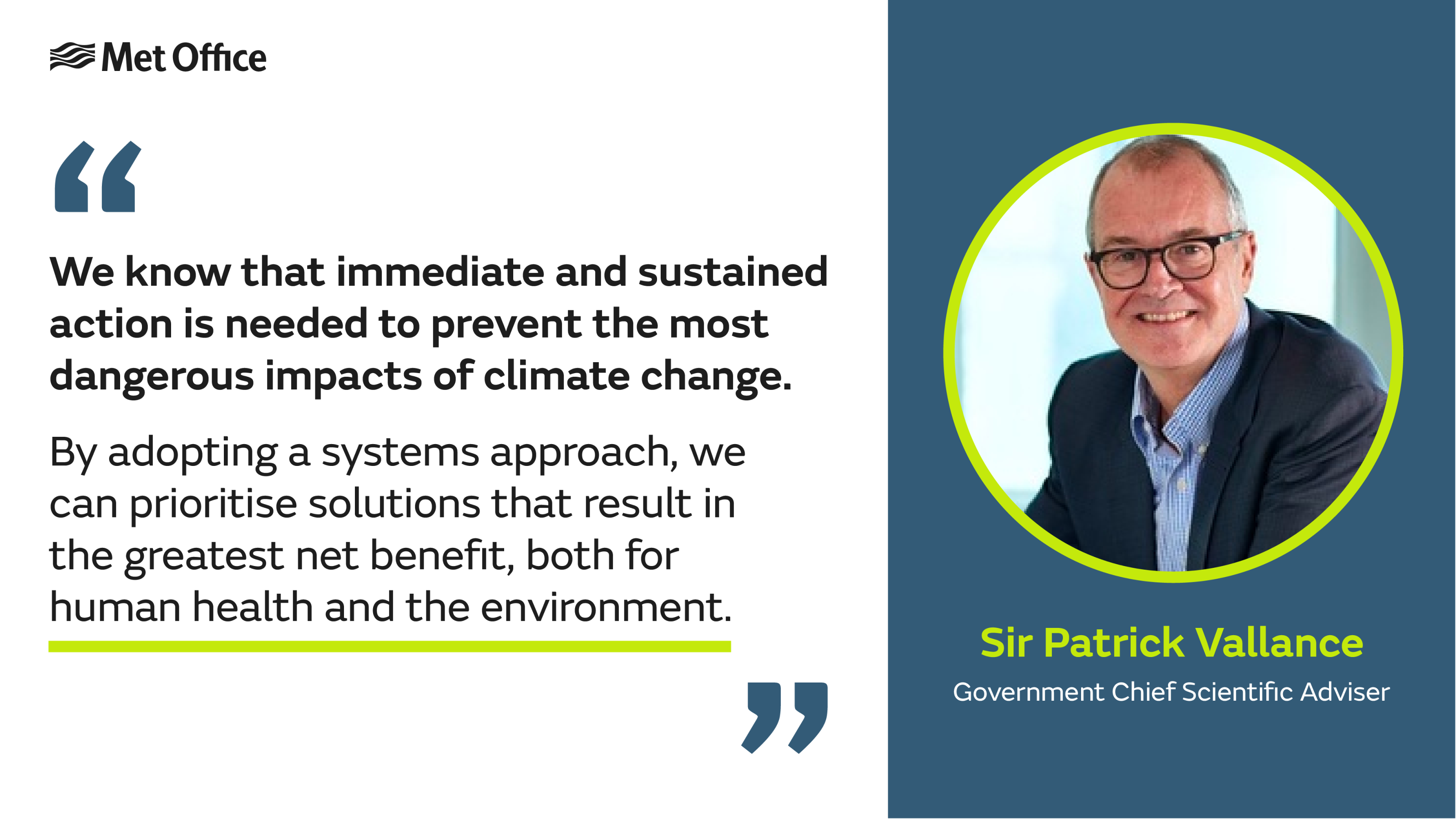 The research has been supported by the Met Office, whose climate research is funded by the UK’s Department for Business, Energy and Industrial Strategy.