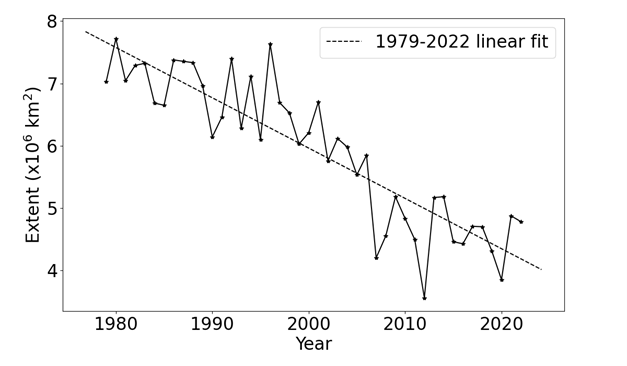 September extent was well below average in all regions of the Arctic except in the seas bordering the Atlantic Ocean (Figure 2). In the Beaufort and East Siberian Seas, long ‘arms’ of sea ice extended from the main pack, with a detached region of sea ice in the southern East Siberian Sea surviving until the end of the melt season. 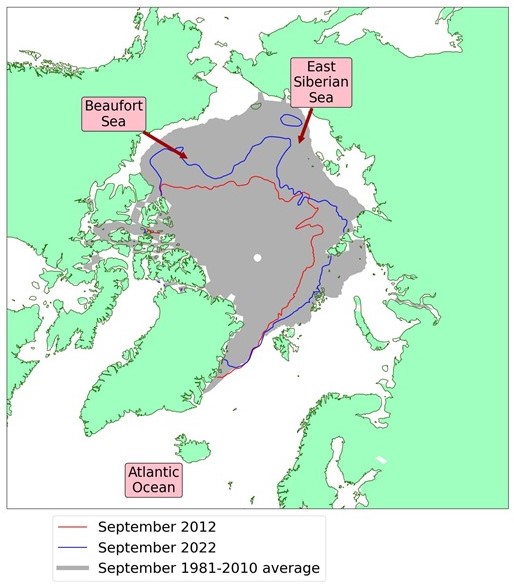 Summer 2022 was notably but not exceptionally warm in the Arctic (Figure 3). As determined from May-August temperature at 925hPa (about 1km high in the atmosphere) across the Arctic Ocean region, temperatures were 1.4°C above the 1981-2010 average, similar to 2021 and considerably cooler than the record warm year of 2020 (3.2°C above average). 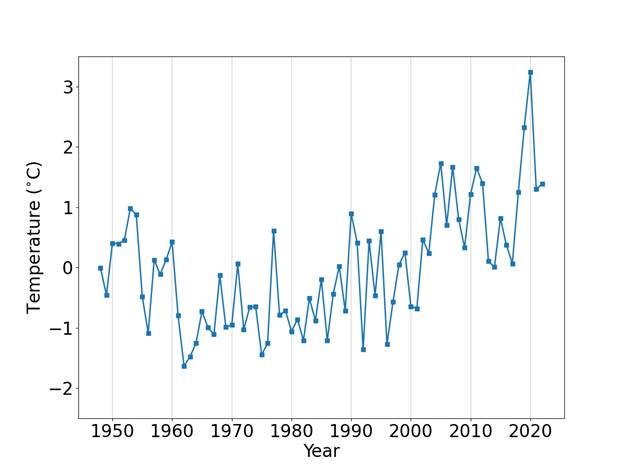 Weather conditions alternated between stormy and settled, but often weather patterns tended to circulate air within the Arctic, rather than blow very warm air from further south. The main periods of above-average ice loss occurred from late May to mid-June and from mid-August to early September (Figure 4); both occurred in association with persistent pressure ‘dipoles’ that drew in warm air from midlatitudes (Figure 5). From mid-June to mid-August, in between these two warm periods, sea ice loss was near-average, and wind patterns tended to be westerly or easterly, with southerly incursions of warm air occurring only briefly. 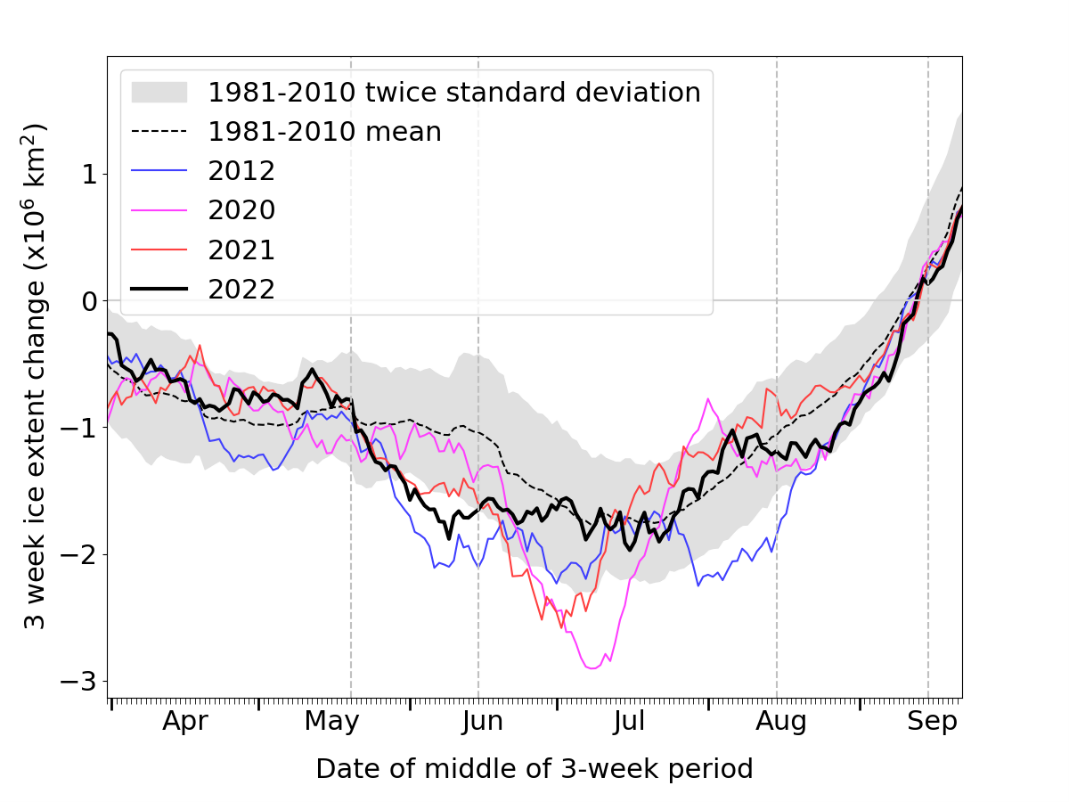 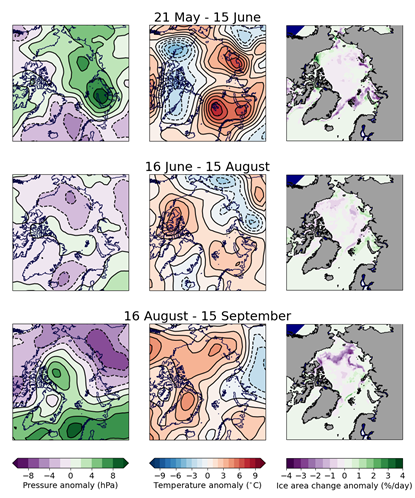 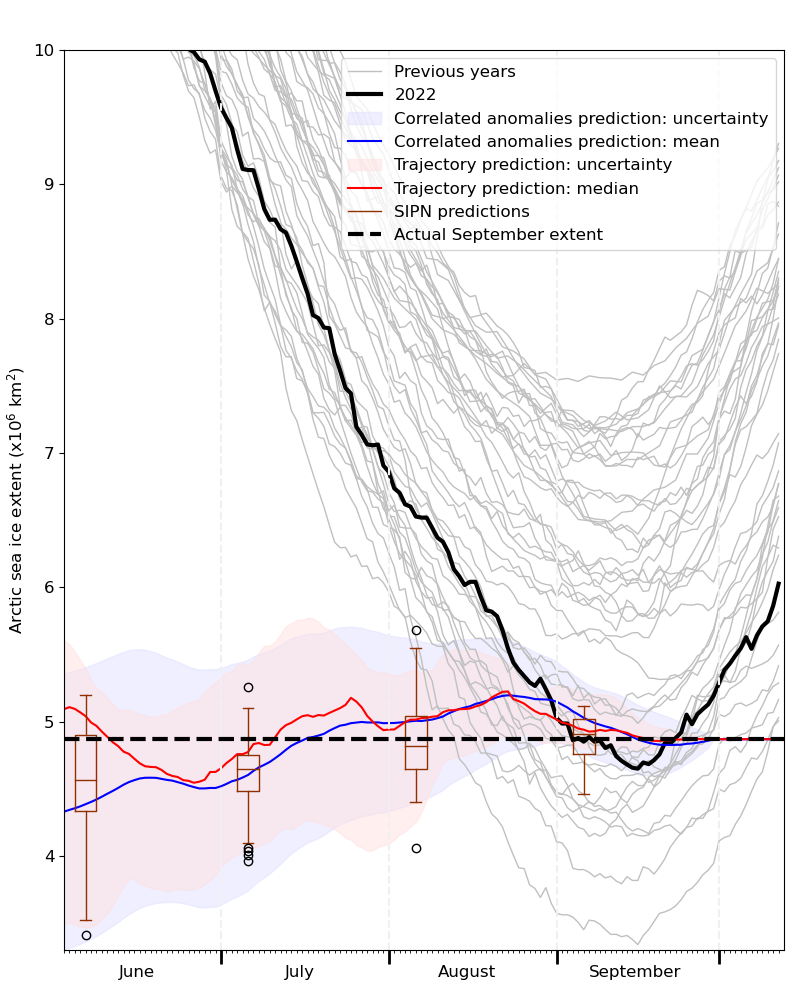 Figure 6. An evaluation of predictions of 2022 September sea ice extent submitted to the Sea Ice Prediction Network (SIPN), alongside statistical predictions performed for the July and August sea ice briefings. Evolution of sea ice extent during the summer in 2022 and previous years is shown for context.

Antarctic sea ice reached a maximum extent of 18.18 million sq km on 16th September 2022; since this date extent has been slowly decreasing (Figure 7). This was the fourth-lowest maximum in the satellite record, after 1986, 2017 and 2002, and was 0.51 million sq km below the 1981-2010 average maximum. Extent at maximum was well below average in the Bellingshausen and Weddell Seas, particularly around the Antarctic peninsula, and was also below average in the Indian Ocean Sector. However, extent was near- or above-average in the Ross Sea (Figure 8). 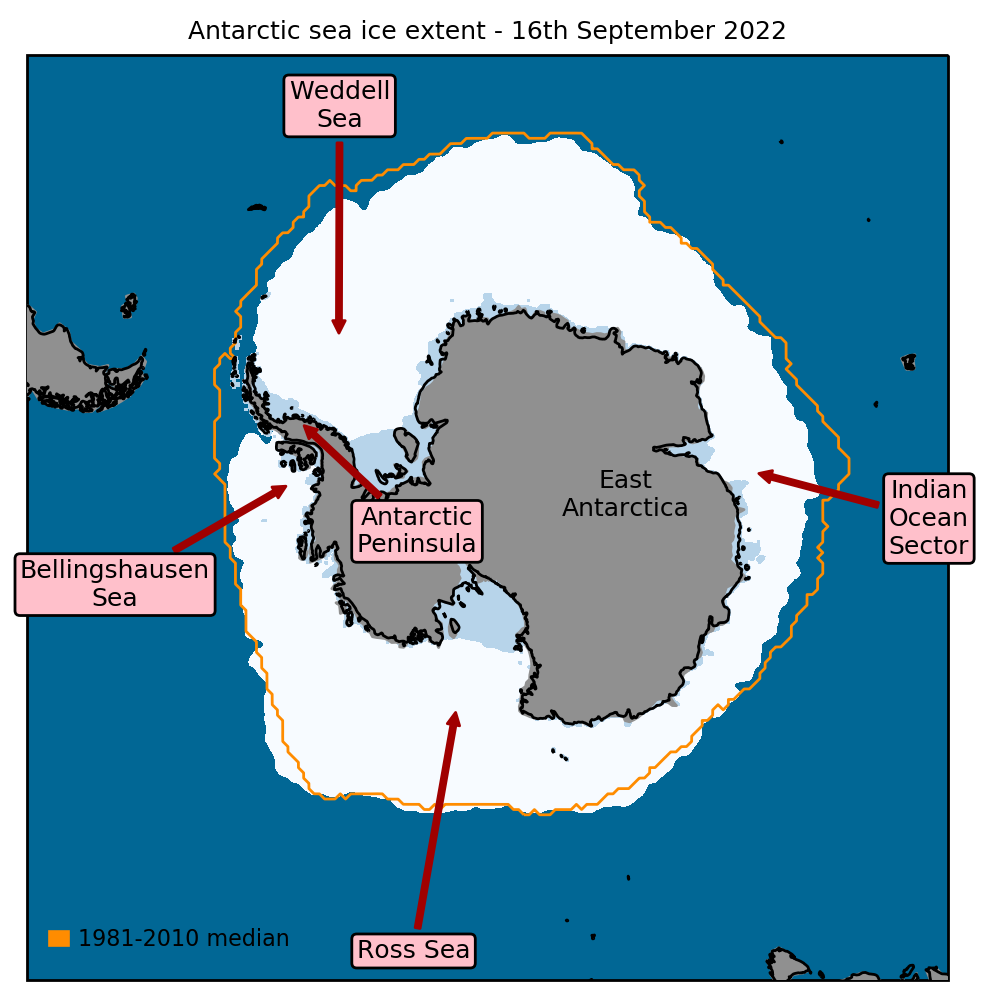 Figure 8. Antarctic sea ice coverage at the winter maximum on 16th September 2022, with 1981-2010 average sea ice extent for this date indicated in orange and regions referred to in the text labelled. Data are from EUMETSAT OSI-SAF (Tonboe et al., 2017).