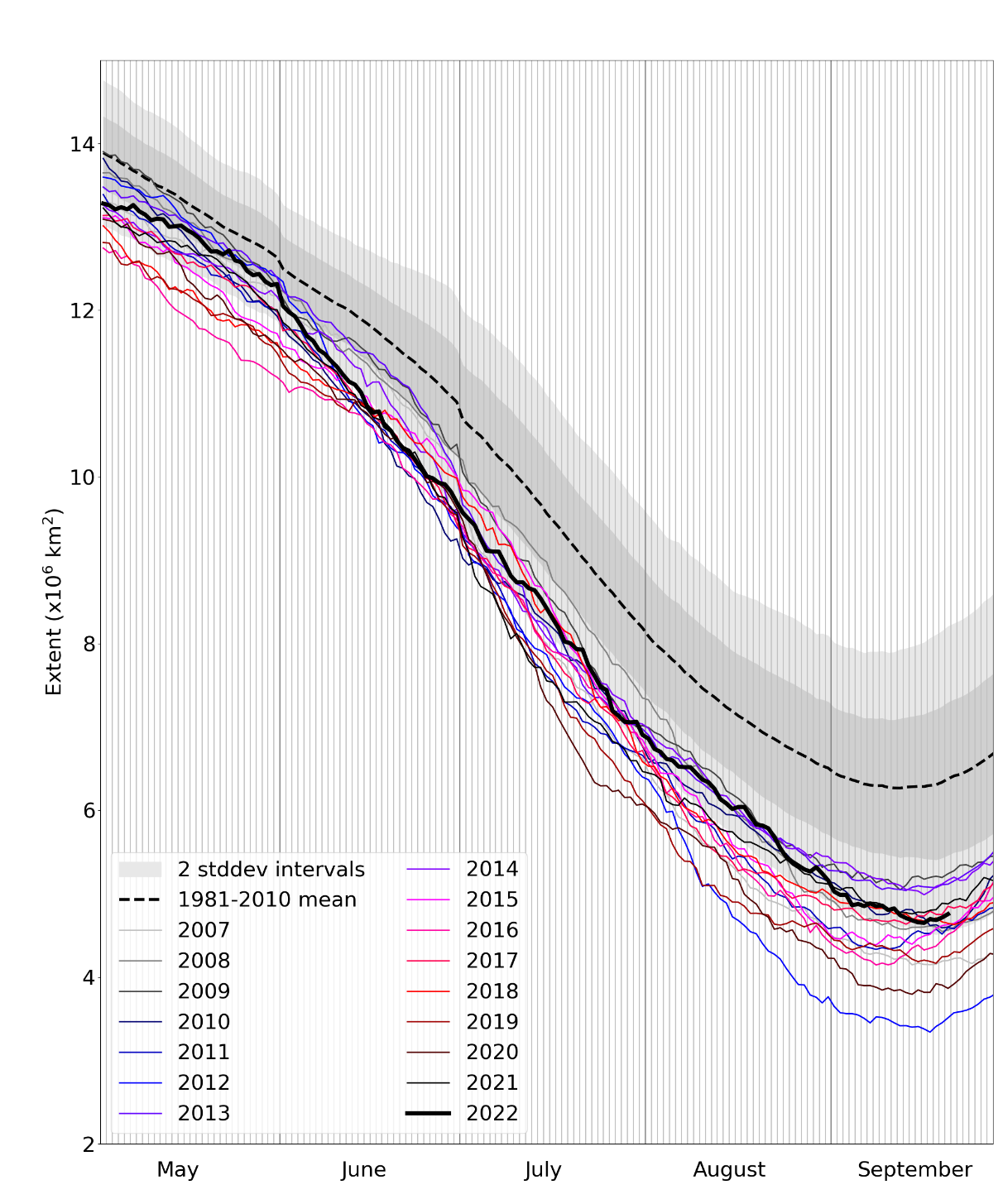 Figure 1. Daily Arctic sea ice extent for 2022, compared with recent years and the 1981-2010 average, with +/- 1 and 2 standard deviation intervals indicated by the shaded areas. Data are from the National Snow and Ice Data Center (NSIDC). 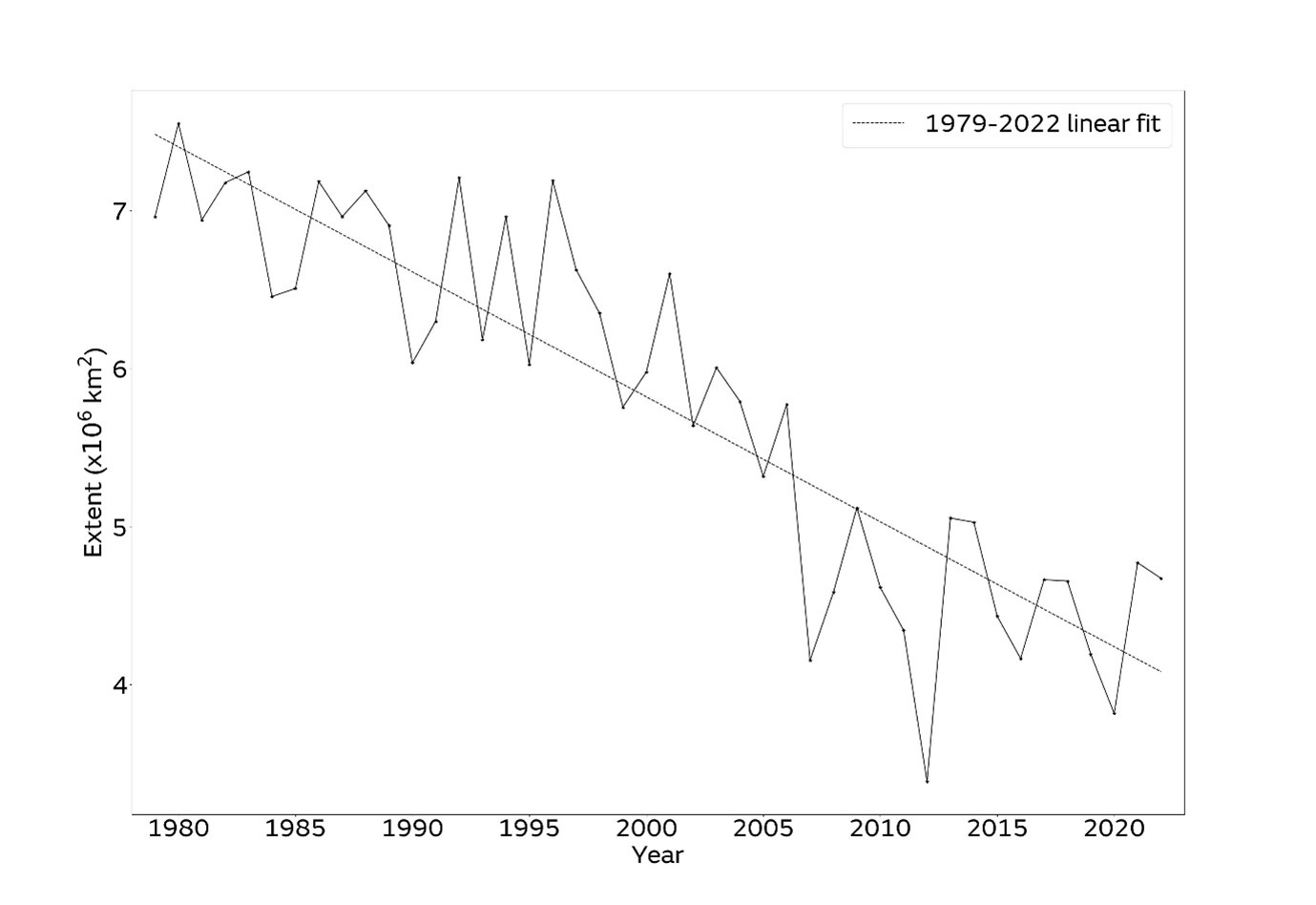 Figure 2. Arctic sea ice minima from 1979 to 2022 according to the NSIDC Sea Ice Index. The minimum sea ice extent is taken to be the lowest 5-day average.

Extent at minimum was near-average in the Atlantic sector of the Arctic, but well below average in all other regions (Figure 3). In the Beaufort and East Siberian Seas, long, partially dispersed ‘arms’ of sea ice extended from the main pack, with nearby separated patches of ice also visible. 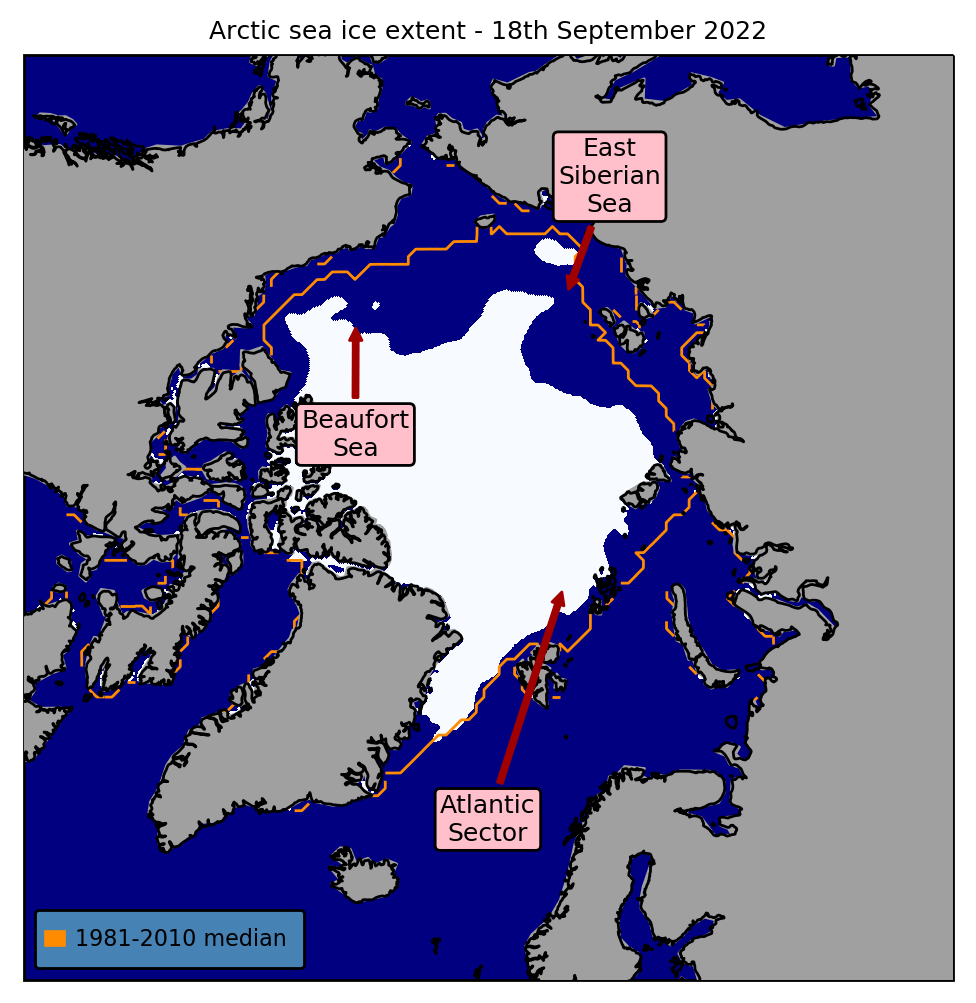