ENSO events have widespread effects on seasonal weather and climate through their influence on large scale circulation patterns. The maps provided below summarise the main impacts on seasonal precipitation and near-surface temperature over land areas for El Niño and La Niña events. For each region marked, the colour indicates the tendency and the text indicates the seasonality of the impact. The maps are based on analyses of historical datasets extending over several decades and on information in peer-reviewed publications. Details of the analyses and of the regional probabilities are available in Davey et al (2013).

For temperature the regions selected are areas where a substantial impact is likely, in the sense that the seasonal value will be in the top (or bottom) one third of observed values centred on the months indicated, with approximately a greater than 50% chance that the impact will occur if the ENSO event is active, based on historical evidence. For example, for a region marked 'warmer likely' in December in El Niño conditions, this means approximately a greater than 50% chance that the temperature will be in the top third of temperatures observed in the November-December-January season. The criterion for El Niño (La Niña) active is Niño3.4 regional sea surface temperature in the top (bottom) 25% of observed values in the corresponding seasons. For precipitation, for which data are more limited and probability estimates are more uncertain, analyses of composites were also used to determine regions and seasons that tend to be influenced by ENSO events.

Each ENSO event is different, and occurs in conjunction with other climatic events. Not all impacts occur in all events, and impacts may not be confined to the regions indicated. Thus these maps should not be regarded as forecasts for a current event, but rather as an indication of areas where impacts are likely, based on historical evidence. 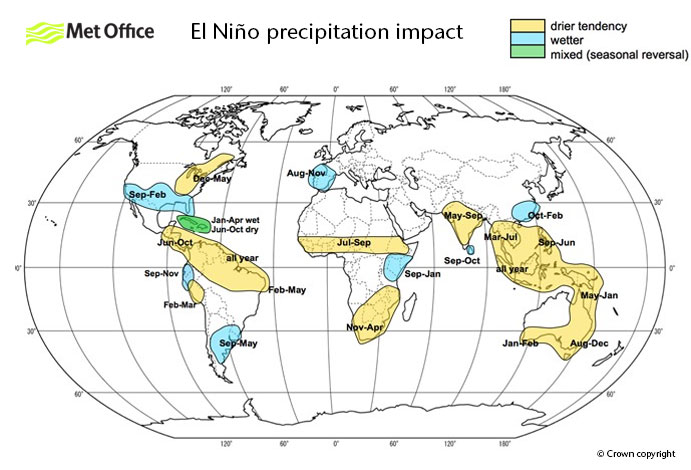 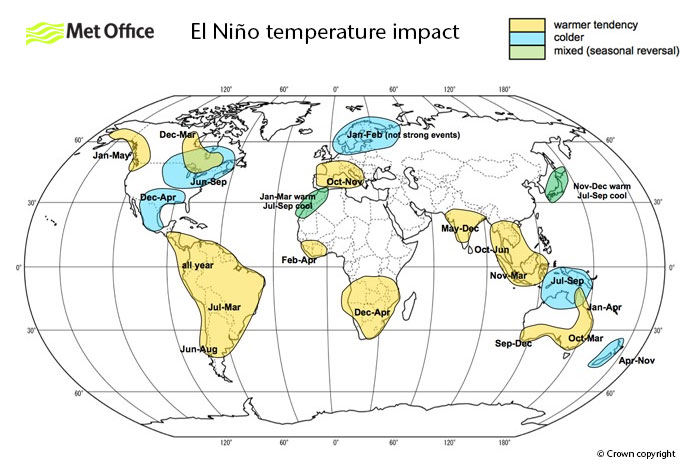 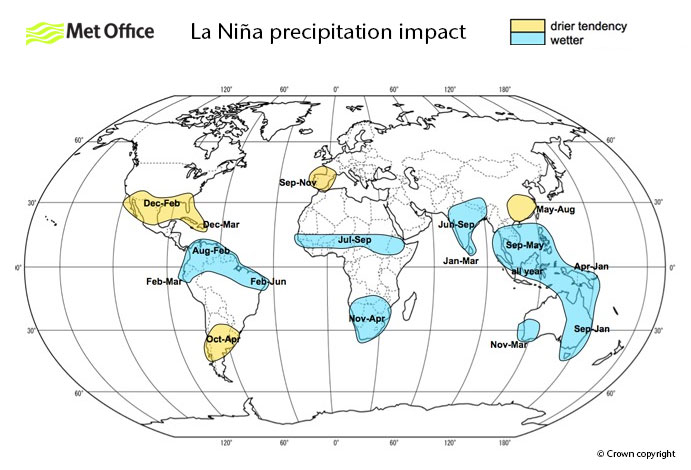 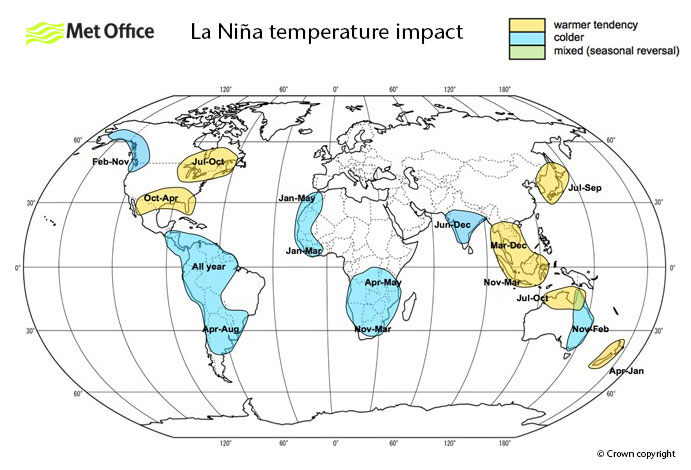 Our analyses for the temperature impact maps made use of monthly-average near-surface land temperature data from the National Centers for Environmental Prediction atmospheric re-analysis (1948-2011) and the CRUTEM4 gridded observational analysis (1850-2010).