The Meteorological Office was not involved in military forecasting from the outbreak of the First World War; its relationship with the British Army developed over the course of the campaign. Meteorological Office staff first entered the war zone after the Battle of Loos. They worked on the front lines assisting with planning of allied gas operations and sending in warnings to alert troops of conditions favourable to German gas attacks. General forecasting for the army did not start until 24 October 1916 however Meteorological Office synoptic charts covering North West Europe were produced throughout the war.

This is part of the synoptic chart for 1st July 1916 at 0700 just 30 minutes before the first allied solders went 'over the top'. It shows a ridge of high pressure over Europe bringing warm temperatures, south westerly winds and generally good weather. The chart includes observations from sites in Germany. It is not clear how these were obtained but if they were transmitted in code it is possible that they had been deciphered by the allied forces as was certainly the case in WW2. 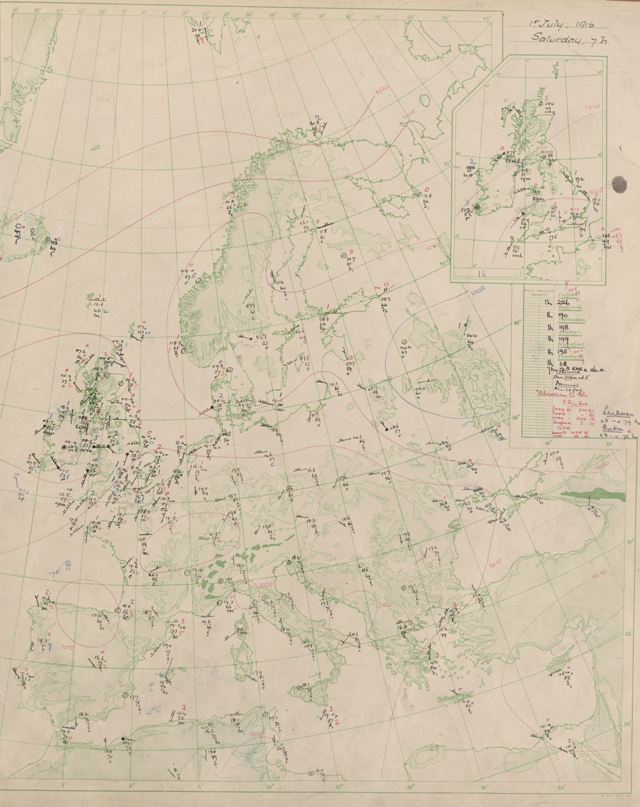 Observations were generally published the day after they were taken and therefore those for the 1st July can be found in the French Daily Weather Report for 2nd July 1916. These again indicate a warm day with no rainfall. 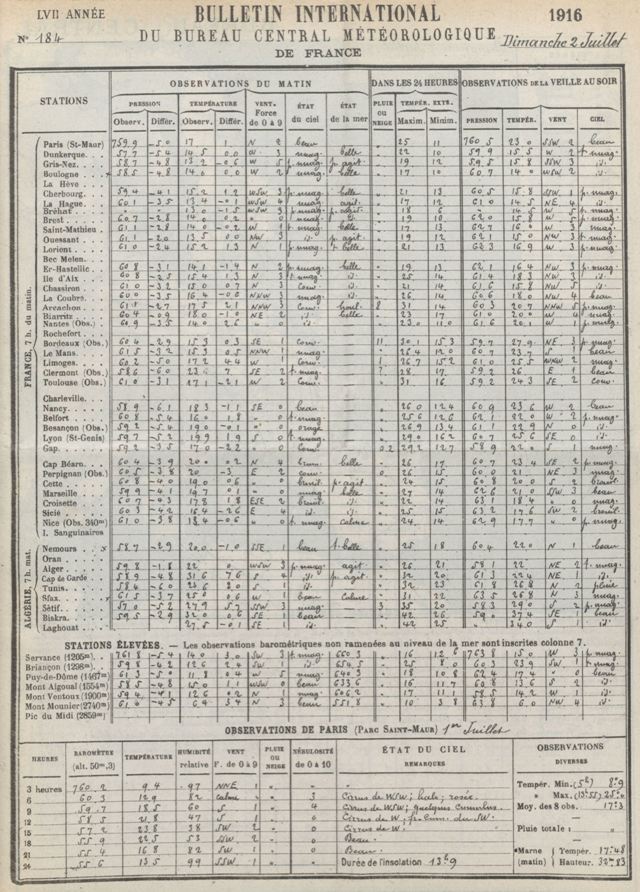 Although the synoptic chart produced by the Meteorological Office included observations over Germany the charts in the German Daily Weather Report do not include any observations west of their border. If the German meteorologists were indeed lacking this data it would have left them at a significant disadvantage. 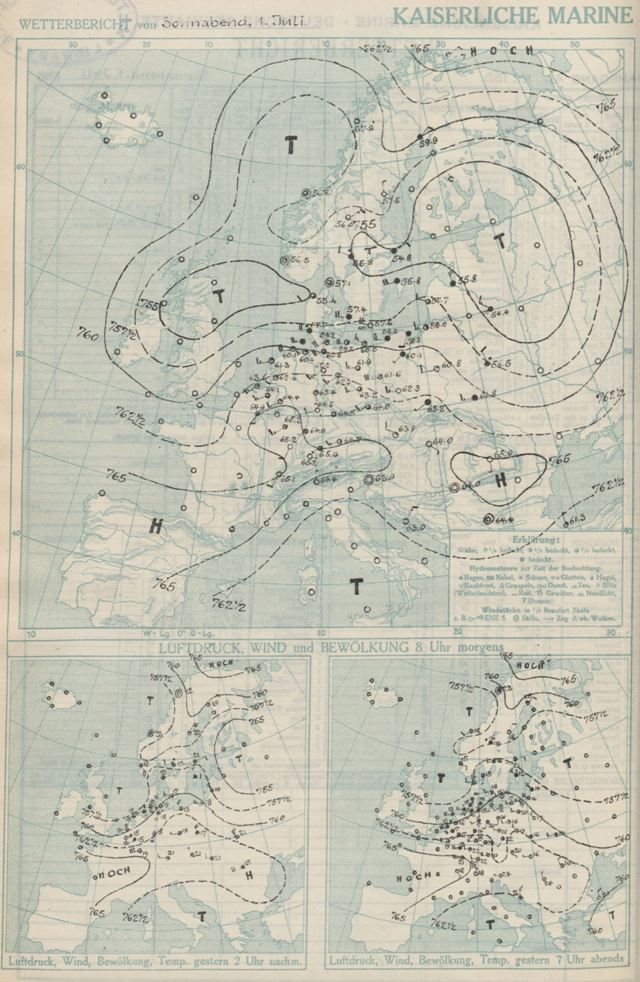