Albertus Magnus was a German Bishop and Philospher working in the 13th century. He was one of the greatest thinkers of his time and sought to explain many aspects of the natural world in a rational manner. Albertus studied the reflection of light through the use of mirrors and the refraction properties of certain crystals and proposed that in order to create a rainbow raindrops must be spherical in shape. He also concluded that the speed of light was infinite, that the Milky Way was collection of stars and that the markings seen on the surface of the moon could not be reflections of the earth's seas and mountains but must instead be formations on the moon itself. In an age where belief in the bible was absolute this was a significant feat of forward thinking. Albertus was canonised in 1931 and became patron saint of natural sciences in 1941. 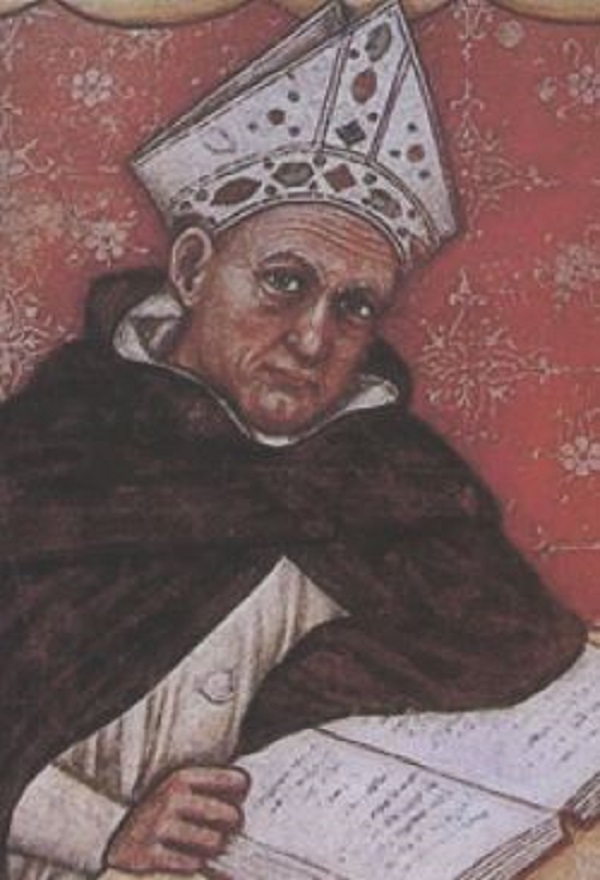 Albertus died in approximately 1280 and our copy of his work dates from about 1290. It is written using a quill pen on vellum and the language is medieval Latin. It was transcribed by an unknown scribe working in a monastery and among the thousands of words there is not a single mistake or crossing out. The manuscript also includes some impressive illuminated letters. In addition to its interest as a very early work giving a scientific explanation to a meteorological phenomenon the document is also important for its intrinsic qualities as an early example of an illuminated manuscript. The full manuscript is available from our Digital Library & Archive. 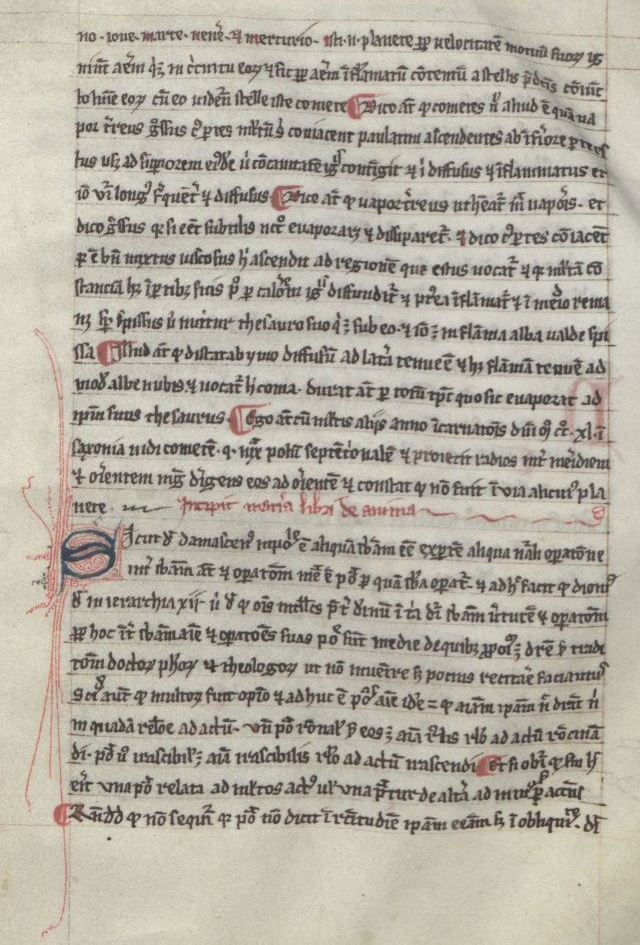