The Met Office in WW1

The Meteorological Office was not involved in military forecasting from the outbreak of the First World War. Although support was offered at the outbreak of the war the response from the British Army was that 'the army does not go to war with umbrellas'. Attitudes changed following losses in the air and on the ground and the deployment of gas as a weapon on the battlefield. 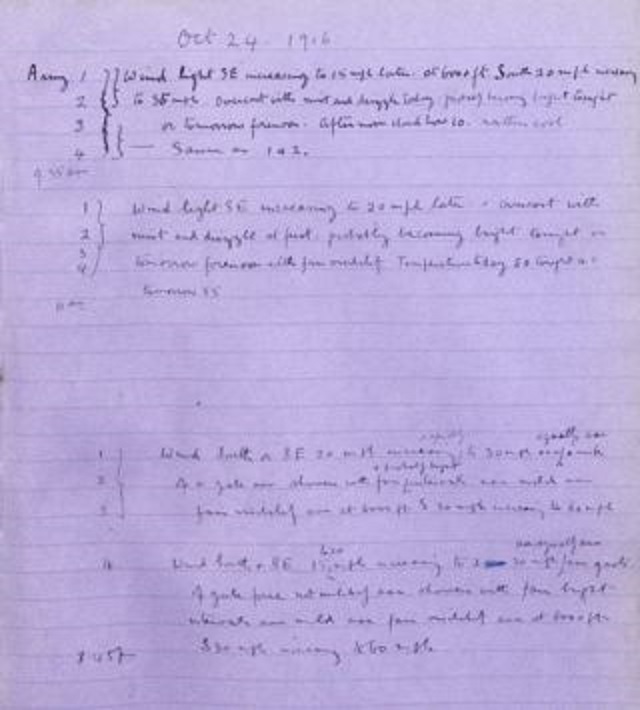 The Meteorological Field Service, universally known as Meteor R.E. was established in the summer of 1915 and operated from the British Expeditionary Force General Headquarters at Montreuil, France. The staff comprised Major H.G. Lyons, Royal Engineers, who would run the organisation and two Meteorological Office staff; Ernest Gold and AEM Geddes who were granted temporary commissions in the General List of Captain and Lieutenant respectively. The service was supported by the Meteorological Office in London which became operational 24/7 for the first time.

Meteor R.E. was soon in high demand with meteorological sections operating on all fronts. By October 1915 the section consisted of one Commandant, Gold (promoted to Major soon afterwards), one Captain, six Subalterns, sixteen Corporals, one Clerk, six Batmen and one Driver. The Captain and one Subaltern were normally stationed in England. Their transport comprised one motor car, three motor cycles and two bicycles.

All of this work was supported by a growing body of climatological research, much of which was collected by Gold. By gathering data on the conditions and seasonal variations which could be expected along the Western Front the meteorologists gained a far deeper understanding of the climatology of the area which would aid all areas of forecasting. 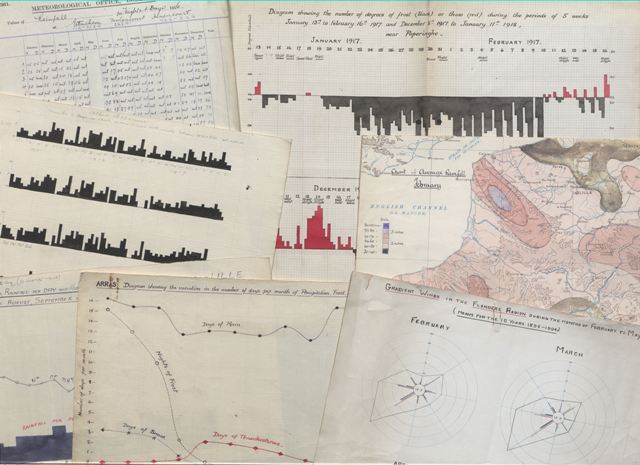 Although Meteor R.E. had been providing a range of forecasting services since the summer of 1915 there was still no request to provide daily forecasts for the allied armies. This position changed during the Battle of the Somme in the summer and autumn of 1916. A wetter than average summer, particularly in August, in conjunction with the high water table around the Somme area combined to create static trench warfare and with the approach of winter the allied commanders realised that an understanding of expected weather conditions must now play a key part in military planning. The result was the earliest known operational military forecast provided by the Met Office. This was written by Major Ernest Gold on 24 October 1916. All of Gold's forecasts are available from our Digital Library and Archive. 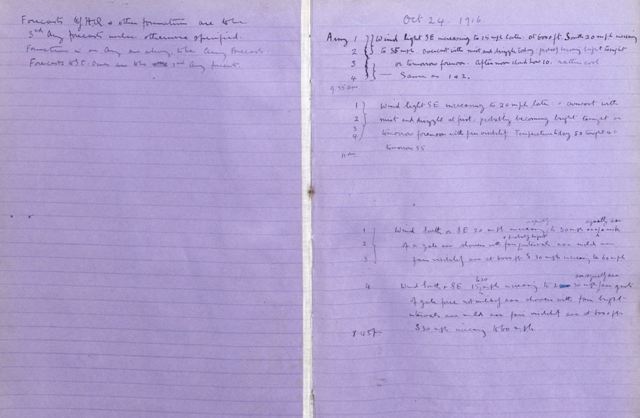 Although the first forecast was brief, with time the forecasts developed to become more detailed and were accompanied by synoptic charts for North West France including short forecasts, land observations and information from pilot balloons. At first these charts were hand drawn which meant their production and distribution was severely limited. However their value became so evident that 'clay copiers' were introduced enabling them to be shared far more widely among the allied forces. 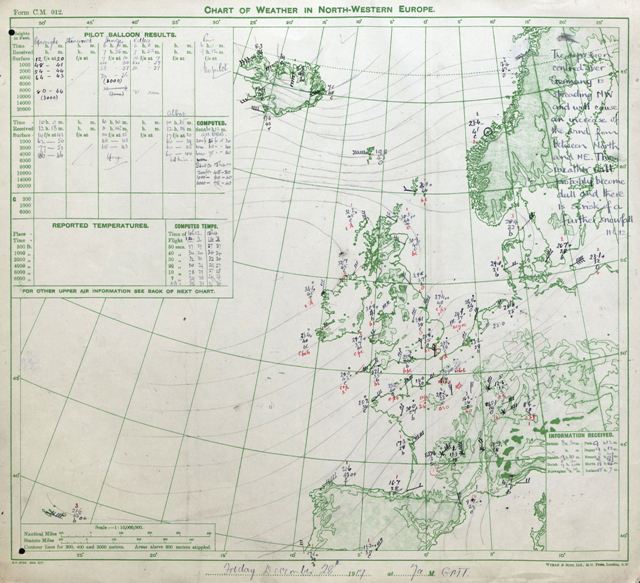 Meteorological information proved so useful in the planning of one of the only allied advances during the battle of Passchendaele that one of the senior allied commanders sent a telegraph to Meteor R. E. to thank them for their assistance. 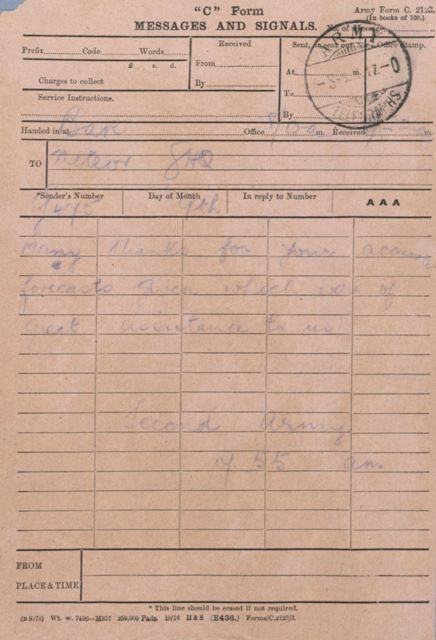 Although it took time for the impact of weather on the battlefield to be fully acknowledged and understood it was a lesson that was not forgotten. By 1918 weather forecasting had become a firmly embedded element of British military strategy. Met Office personnel played key roles on all fronts in WW2, most famously advising on the planning of Operation Overlord and providing key forecasts in the run-up to D-Day. British forces around the globe continue to be supported by Met Office staff serving with the Mobile Meteorological Unit.