Group Captain James Stagg was appointed chief meteorologist to SHAEF in November 1943 to co-ordinate 'the meteorological arrangements for disseminating weather information and advice to the naval, army, and air forces, US and British under the Supreme Allied Commander's control.

He acted as chief Meteorologist to General Dwight D. Eisenhower and advised of a narrow 'weather window' for the operation to go ahead: "probably the only day during the month of June on which the operations could have been launched," President Truman later said. 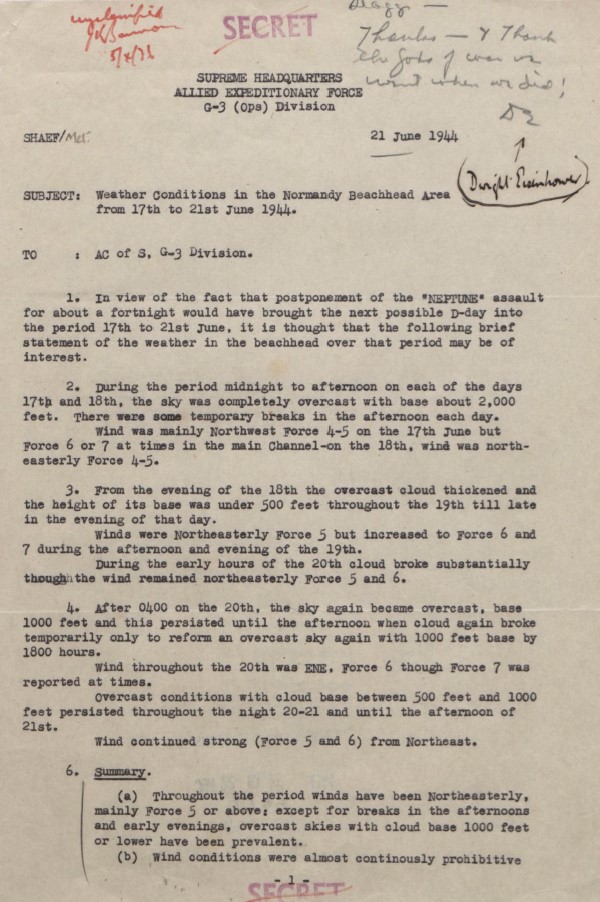 Our archive collection includes Stagg's "D-Day" Diary, pictures, reports and correspondence, in particular the 'Gods of War' note of thanks from General Dwight D. Eisenhower. A range of materials from our collection have been scanned and can be access through our Digital Library and Archive.