Lustrum forms record monthly data for certain elements of which the most widespread and useful are temperature and rainfall. Wind and sunshine are also widely recorded. Lustrum forms were used as a quick way to access data before the dawn of the database but they have largely been superseded by electronic data manipulation tools. 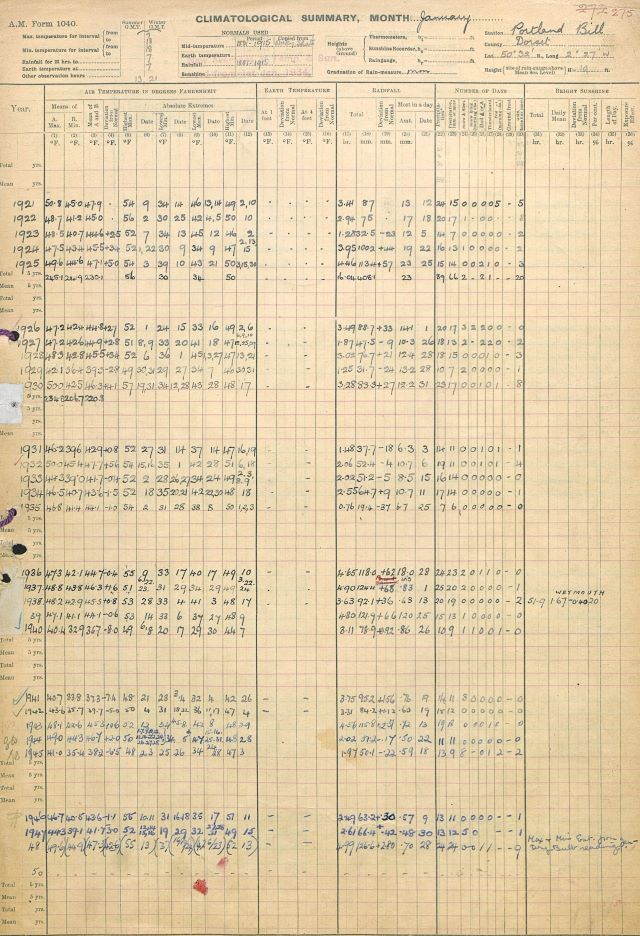 The forms provide many years of data on one page — a quick way to see which month was the coldest or driest in a series.

Things to bear in mind

There was a very limited network of stations recording data on lustrum forms and sending these onto the office therefore this type of data is only available for a small number of locations.