Benjamin works on the development and validation of the Met Office's Numerical Atmospheric-dispersion Modelling Environment (NAME). 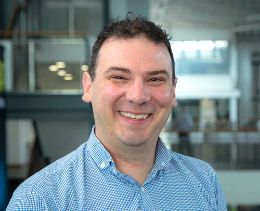 Ben contributes to the Atmospheric Dispersion Research and Response area in the Atmospheric Dispersion and Air Quality Team.  The group's focus is on research in the field of atmospheric dispersion and the development and application of the Met Office Dispersion Model (NAME) for emergency response events, including industrial fires and volcanic eruptions, and for long-range pollutant transport. Examples of such events include the eruptions in Iceland of Eyjafjallajokull 2010, Grimsvotn 2011 and Bardarbunga 2014-15, and the spread of smoke from biomass burning in south east Asia.  This work is essential to the activities of many UK and international organisations and highly collaborative.

Ben's personal research focuses on improving the representation of uncertainty in dispersion models and the pull through of science into operations, which involves collaboration with many Universities and Institutions.

Benjamin joined the Met Office in 2008 as a scientist in the Post-Processing group where he began working on route based forecasting for the transport industry using the Met Office Road Temperature model (MORST) . Benjamin then joined the newly created  Post processing applications group in 2010 working on statistical correction schemes and optimal multi model blending of Met Office Numerical Weather Prediction models. In 2017 Ben moved to Atmospheric Dispersion and Air Quality team to work on improving the representation of uncertainty in dispersion models. Prior to joining the Met Office, Benjamin completed a BSc (Hons) degree in Physics at the University of Exeter.