Jo develops next-generation observation processing code and works on optimising the assimilation of surfaced-based observations. She works in the Assimilation of Surface-Based Observations Group based in the [email protected] 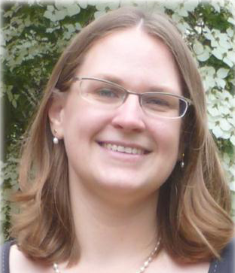 Jo joined the Met Office in September 2019. Prior to joining the Met Office, she first obtained an undergraduate degree in Mathematics from the University of Southampton in 2008. She then completed an MSc in Mathematical and Numerical Modelling of the Atmospheres and Oceans and a PhD on "Using Observations at Different Spatial Scales in Data Assimilation for Environmental Prediction", both at the University of Reading. After completing her degree, Jo worked as a post-doctoral researcher at the University of Reading, looking at the Flooding from Intense Rainfall and Data Assimilation for the Resilient City projects. Her main research focus was improving the treatment of observations in data assimilation.