Maria is experienced in leading, innovating and delivering on research projects that cut across many meteorological disciplines. 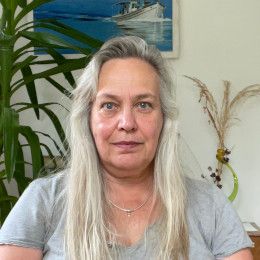 Maria manages a team within Industry Science and Consultancy that supports the research and development work for WCSSP-South Africa and Health Research Programme.

Maria did her PhD at Reading University with Professor AJ Thorpe on mesoscale orographic flows. Her first postdoctoral position was at Reading University, working on the European project ANOMALIA investigating severe precipitation events in the Western Mediterranean. Maria held a second postdoctoral position with ENFLO, University of Surrey, working on wind tunnel measurements of flow and surface drag over series of low and high rough wall hills.

Maria joined the Met Office in October 1998 as a research scientist in the Orography Group in Atmospheric Processes and Parametrizations. In 2004 she joined the Atmospheric Dispersion Group working first on implementation of a chemistry scheme in the NWP model and limited area versions of the UM (AQUM), and subsequently being the Principle Investigator on the European project NitroEurope estimating methane and nitrous oxide on a European scale, using inversion (top down) methods.

After spending some time working in Hadley Centre with Adam Scaife on Quasi-Biennial Oscillation (QBO) predictability and its teleconnections to Boreal winter surface climate under the Chief Scientist Sabbatical Scheme, she joined Satellite Applications in December 2013, in the Satellite Imagery Applications Group, leading work on retrievals of SO2 emissions from volcanoes. The research focus was on the development of the retrieval algorithm and the investigation of sensitivities and uncertainties in the retrieved SO2 parameters (plume height, spread, load).

In 2019, Maria joined The Informatics Lab to lead on the Environmental Futures and Big Data Impact Lab; an EU-funded consortium that offers free support to Devon SMEs through collaboration, innovation, and prototype development. During that time, she also supported  the Lab’s relation with Google DeepMind and led on the creation of the Open Access Covid Datasets on Azure.