To predict the weather tomorrow, next week or further ahead, you first need an accurate picture of what it’s doing now.

This is why the Met Office has a network of Automatic Weather Stations (AWS) that send observations of conditions around the UK and at sea. While these stations may be automated, keeping them up and running is down to the work of dedicated engineers such as James Eustice.

James has worked for the Met Office as a Marine Systems Engineer for the past three years, specialising in electrical engineering. He helps with maintaining the Marine Observing Network, which includes weather observation units on board ships, weather buoys and permanently moored light vessels.

The variety of the work, as well as the chance to get to grips with all sorts of technical problem-solving, is what attracted him to the role. “I might be in the workshop repairing equipment, going out to sea to deploy it or designing new systems. There’s quite often something different to do.”

As the ocean can have such a strong effect on the atmosphere and, in turn, the weather, the observations taken by the Marine Observing Network are vital for climate and weather models. Maintaining each type of station comes with its own set of challenges for James and the marine engineering team.

“With so many marine weather stations in difficult to reach locations, what happens if they stop working?”

Weather buoys, for example, are securely moored in the deep waters of the North Atlantic. The sensors on board measure the air and water, sending observations including temperatures for both, wind speed and wave height to the Met Office every hour. Every two years they need servicing to make sure they’re in good working order. 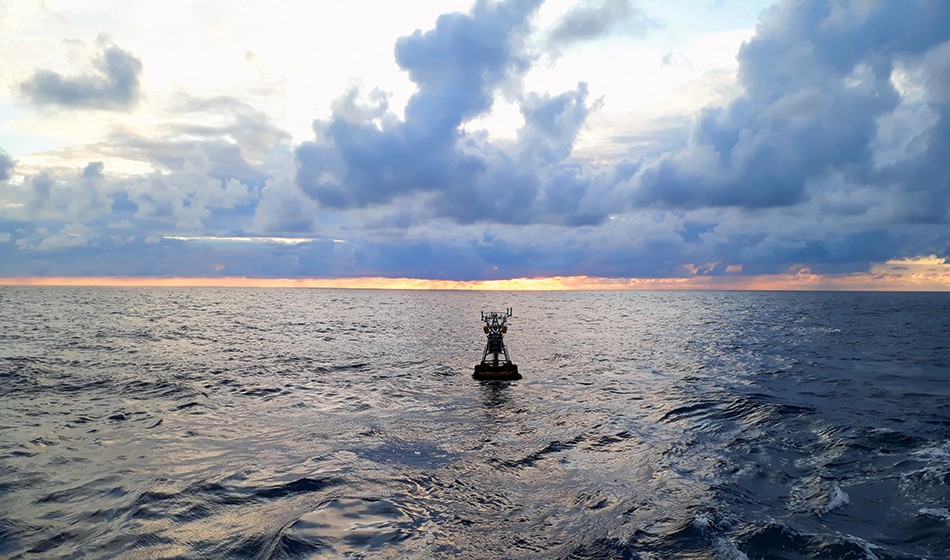 As they stand at 6 m tall and weigh over 4.5 tonnes, a crane is needed to bring them onto the boat and back to a dock – either Southampton or a partner site around the UK. Once there, James and the team take them apart, replace the sensors and rebuild everything.

“They can take quite a lot of weather damage,” James explains. “For example, the solar panels might get ripped off by the wind.” James often takes a couple of sea trips a year to help with redeploying the buoys, making sure they’re secured in the right position and that all the electrics are up and running. 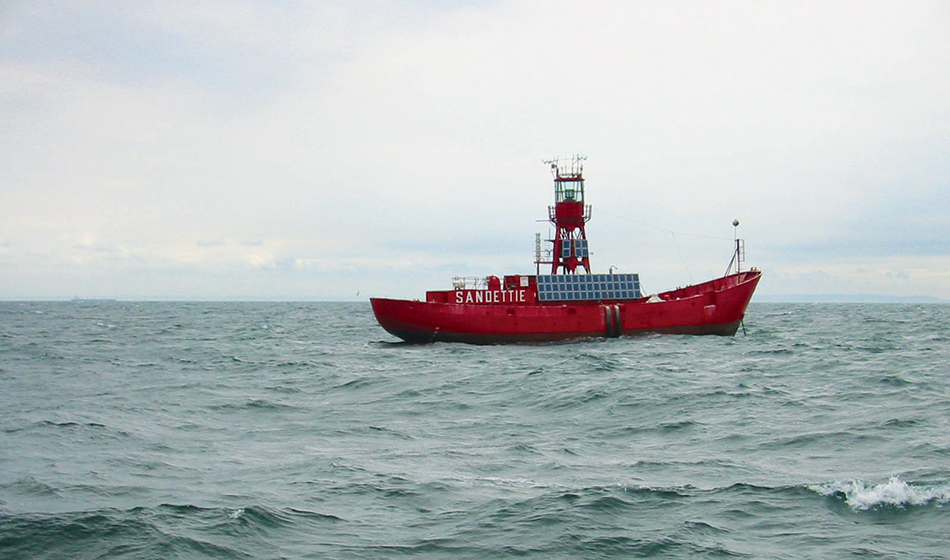 James works with port-based Met Office staff and organisations such as Trinity House, which maintains light beacons, to make any repairs that are needed.

As well as the buoys and light vessels, the AWS network includes a land-based station on Sule Skerry – a remote island 40 km west of Orkney in the far north of Scotland. James and the engineering team visit this station once a year to update the equipment and change the sensors. It’s a trip that requires careful preparation – partly because there’s only a brief window of time the island can be accessed.

“There’s a huge population of puffins on Skerry,” explains James. “We can only visit in autumn once the breeding season is over, and before the winter weather gets too bad.”

Skerry is so remote that it can only be reached by helicopter. “Once we’re there we have five or six hours to finish our work – it’s the sort of trip where you want to be sure you’ve got everything you need with you, as you can’t go back until next year!” says James.

With so many marine weather stations in difficult to reach locations, what happens if they stop working? “There are two stations on board every light vessel and buoy,” James explains. “So if one fails there’s always a back-up.”

Designs for the future

As well as maintaining the current network, James is involved with designing new equipment such as the AMOS2, next-generation weather buoys that will be deployed from 2018.

James explains that, although the current electronics have been reliable, enabling the AWS network to transmit weather observations for decades, recent technological advances mean there’s a chance to add more capabilities to the buoys.

“We’re incorporating remote connectivity,” says James. “The current buoys send observations every hour, but with the AMOS2 you could make ones in specific locations send them more frequently, just by emailing them.”

Systems such as this don’t come off-the-shelf. James has been working with specialist companies including Campbell Scientific to design custom elements. These range from connectors that are small and robust enough to stand up to the harsh weather conditions of the North Atlantic, to custom wire looms that will make sure every part of the AWS is connected efficiently and securely.

James is looking forward to seeing the AMOS2 deployed. “I’ve really enjoyed the development work we’ve been doing. And it’s always rewarding to design something and then see the finished product. You get a great sense of satisfaction from that.”