Meet the meteorologists on our Media Services Team 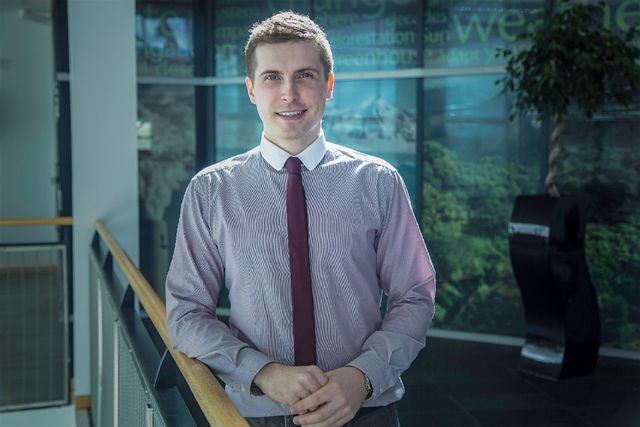 After completing degrees in both Maths and then Meteorology, Alex came to the Met Office to be trained up as a Meteorologist and has been working here for several years. He always had an interest in the weather since wanting to touch a cloud as a child, and the weather has played a big part in his life. Outside of work his main interest in Formula One, and some day hopes to be forecasting the weather for Grand Prix races all around the world.

Amy has always loved the sea and this led her to study Oceanography and French at the University of Southampton with a year living and studying in Bordeaux. During this course she became interested in climate dynamics and then ultimately the weather. She joined the Met Office in 2015 and since qualifying has enjoyed working all over the UK and the world with tours to the Falkland Islands, Cyprus, St Helena and most recently and excitingly Antarctica! Outside of work Amy can normally be found by the sea in her semi-converted campervan looking for some waves to surf – come rain or shine! 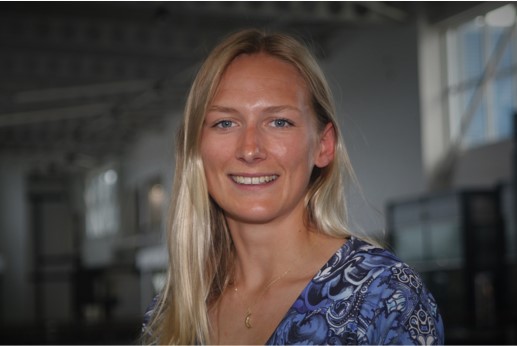 Annie joined the Met Office and trained as a meteorologist in 2018. Since then she has worked in multiple forecasting positions and has experience in the transport, commercial and aviation industries, with her highlight being her time embedded at Heathrow. Annie has a Master’s in climate dynamics from the University of Exeter, which is where her interest in meteorology began. When she’s not at her desk, you’ll usually find Annie outdoors with her family and friends, running, cycling, surfing or climbing … whatever the weather’s best for!

Becky has been a keen weather watcher since she was young, with a lifelong fascination of snow. Whilst studying Meteorology at University of East Anglia, she spent some time working for a private weather company in Sydney,  before joining the Met Office in 2013. She has since forecast for supermarkets, energy companies and aviation, including forecasting for a hot air balloon race across Europe. Outside of work, Becky has recently adopted a dog named Luna, and likes to spend time exploring the Devon countryside with her canine pal. 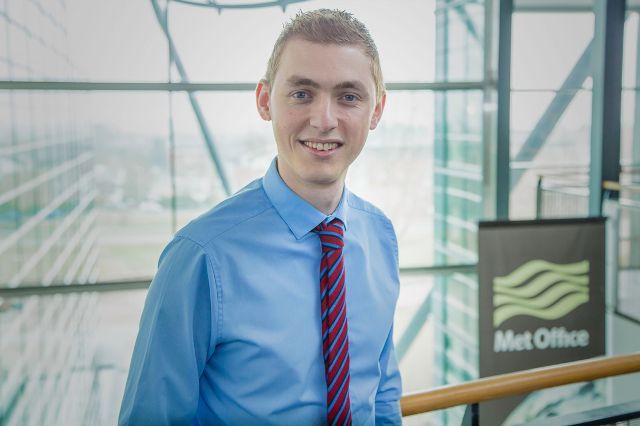 Craig has been working at the Met Office for over 8 years, here at HQ as well as a number of RAF bases across the UK and abroad, more recently working with media customers. He has always wanted to be a weather forecaster and has a particular love of thunderstorms, travelling to the USA last spring to go storm chasing. Away from the weather Craig spends time growing things in his garden and running half marathons.

Dan has been a keen weather watcher and snow enthusiast since a young age, he graduated from university with a degree in Geography with Remote Sensing, before discovering a keen interest in caving. He then spent a few of years working and managing various cave attractions in the southwest. In 2017 Dan undertook a PGCE and become a qualified Geography and Physics teacher, in the process rekindling his passion for meteorology. Dan joined the Met Office in 2019 and has since forecasted for both Aviation and Highways before joining the Media Team in 2021.  Outside of work Dan has a keen interest in cycling, running and can still be found underground exploring the caves of the Mendip Hills. 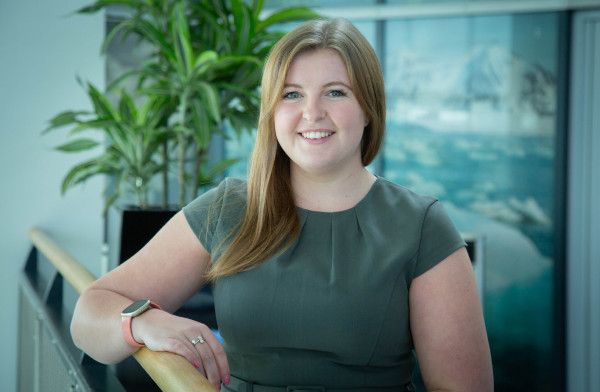 Ellie has always been fascinated by the weather from a very young age, particularly interested in clouds and how they form. She studied Physical Geography in London and then went on to do an Applied Meteorology Masters at the University of Reading, before joining the Met Office in September 2019. Ellie was first located at RAF Brize Norton, providing weather observations for the forecasters there, before returning to Exeter to train as an operational meteorologist and qualified in December 2021. Since qualifying she has worked in civil aviation forecasting and has now joined the media team. Outside of work, Ellie loves baking, running, spending time with family and friends, and looking for new walks across Devon with her fiancé and cocker spaniel, Odin. 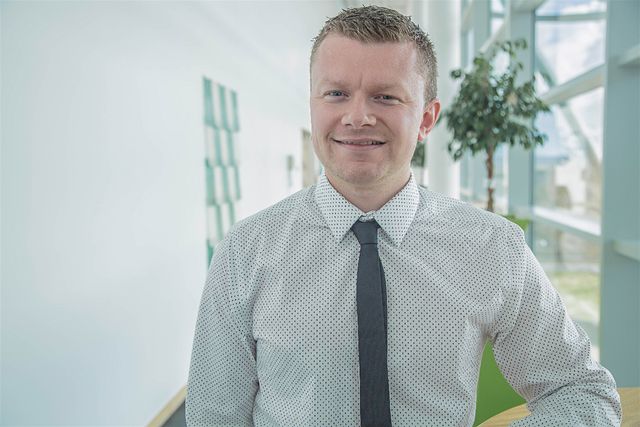 Greg has had a passion for the weather from a very young age. He joined the Met Office in 2008, working in Aviation, Commercial, Open Road, Military and Media Forecasting. He has also worked as a training coordinator for the Operations Centre in Exeter HQ. Greg is currently the social media champion for the media services team. Outside of work he enjoys going to the gym and running, where he’s just completed his first marathon at Walt Disney World in Florida, dressed as an Alien from Toy Story. 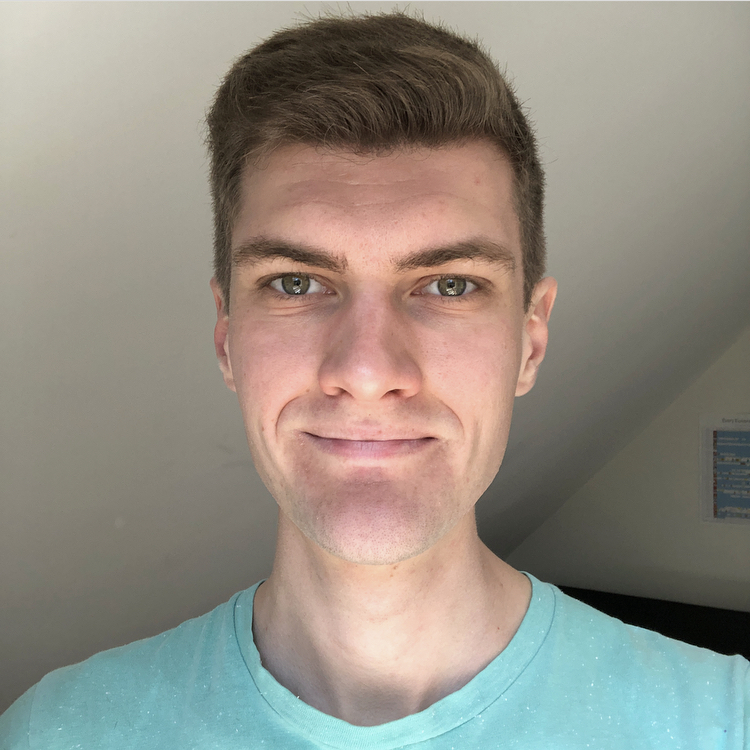 Jonathan’s interest in understanding the natural environment led him to undertake a Geography degree. After spending a year at the Scott Polar Research Institute in Cambridge, Jonathan switched focus to weather and completed a Masters in Meteorology at the University of Reading. He subsequently joined the Met Office in 2019 to begin his forecasting career. When not focused on the weather, Jonathan is probably thinking about Eurovision. He acts as an editor and correspondent for wiwibloggs, the world’s most-followed independent blog devoted to the song contest. 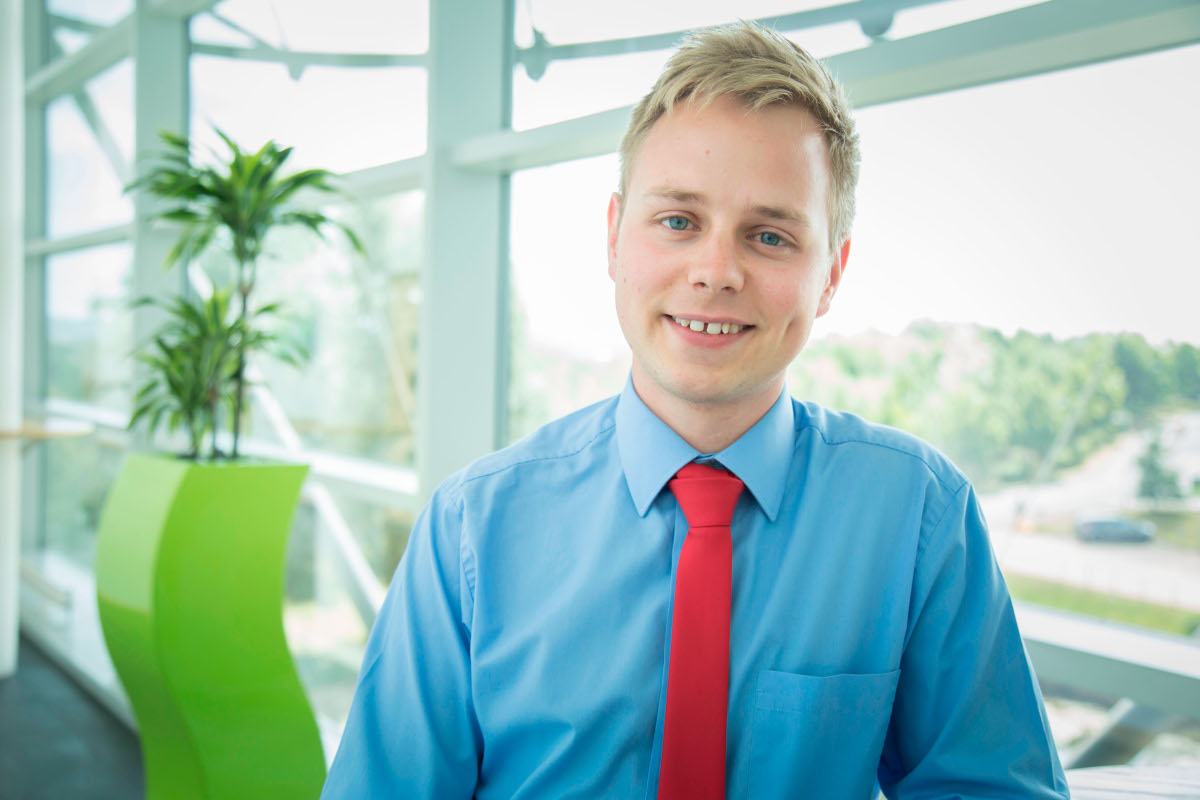 Luke has had a passion for the weather since a young age, by recording weather observations from his own weather station located in his garden. He then went on to study Physical Geography at Aberystwyth University, graduating in 2012 before joining the Met Office in 2013 to train as a Meteorologist. Luke started his career by providing meteorological advice for military trials, mainly at QinetiQ MOD Range in Aberporth, west Wales but also occasionally in the Outer Hebrides. He worked closely with Army, RAF and Royal Navy personnel. He then went on to work alongside partners at Highways England before joining the Media Team in May 2016 and now regularly pops up on the Met Office app. Outside of work he enjoys keeping fit by walking, running, bootcamp and going to the gym and then undoing all the good work by cooking (and eating)!! 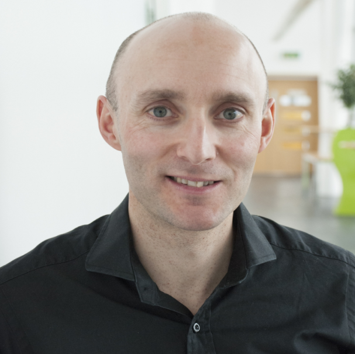 Marco has had an interest in Meteorology since visiting Lundy Island lighthouse in the 1980’s to do work experience with a team of local weather forecasters. Since then he has spent time studying Meteorology at Plymouth and Reading Universities. Much of his career has involved working for the Media, especially since joining the Met Office Media team in 2000. Outside of work, Marco is a keen runner completing four London marathons and has also cycled from John O’Groats to Lands End for charity.

Mark had a huge interest in the weather from a young age, particularly when there was extreme weather. He completed a degree in Geography and a Masters in Applied Meteorology before joining the Met Office in 2007. He has worked with the Media Team and Press Office and has worked on a number of climate change projects in our Hadley Centre. Outside of work he enjoys playing the piano, learning Spanish and running, and has run a number of half marathons. 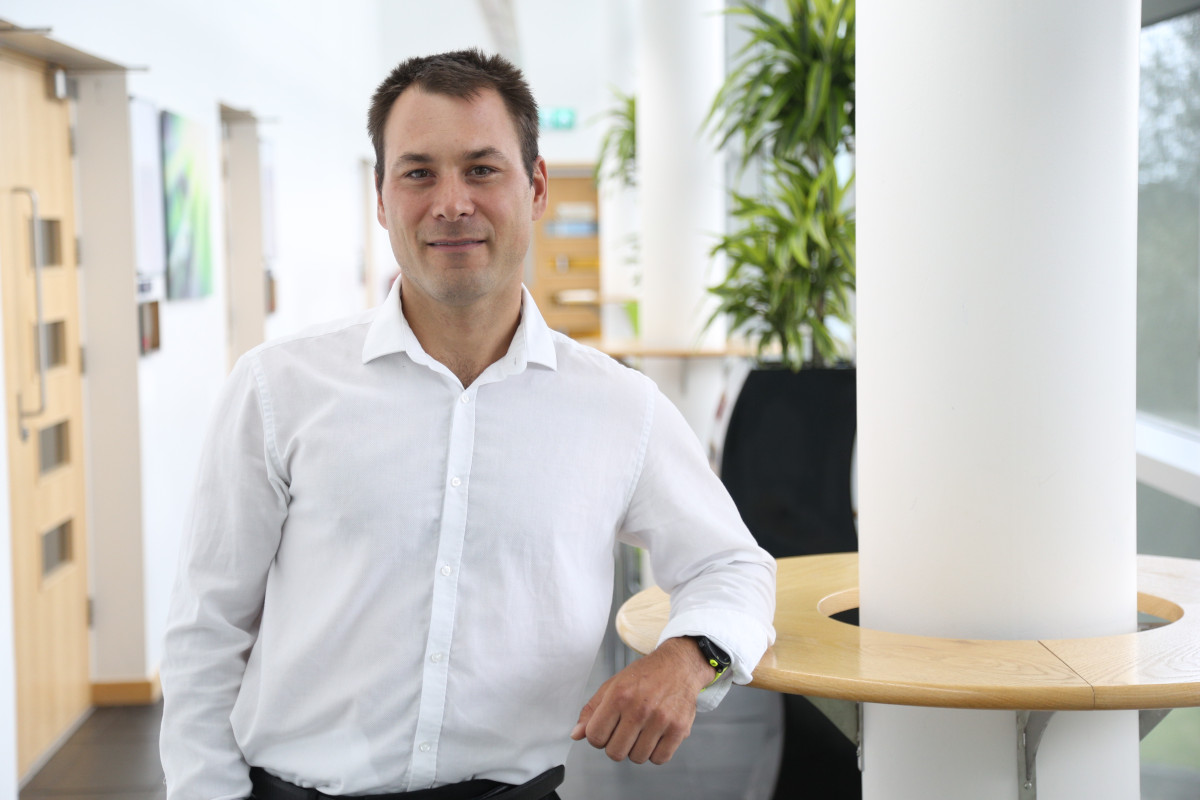 Matthew has a degree and a doctorate in the geological sciences. He joined the Met Office as a forecaster in 2012 and spent a couple of years forecasting for the U.K.’s Chinook fleet based at RAF Odiham.  Matthew stayed with aviation forecasting with his move to the Ops Centre, in 2015, when he began working on the civil aviation benches.  In the winter of 2016 Matthew detached to RAF Akrotiri, Cyprus, for six months, returning to the military forecasting environment and supporting the U.K. military’s overseas operations.

Rachel has had an interest in Meteorology from a young age and recorded weather observations from her garden for a school project! She graduated from the University of Reading with a MMet in Meteorology and Climate in 2018 and spent a year studying abroad in Oklahoma as part of this, getting to experience some extreme weather. Later in 2018 Rachel joined the Met Office where she trained as an Operational Meteorologist, completing her training at RAF Waddington. She has since forecasted for both defence and civil aviation in the UK and in the Falkland Islands, before joining the media team in 2021. Outside of work, Rachel enjoys keeping active through running and taking dance classes, required to balance out her passion for baking! 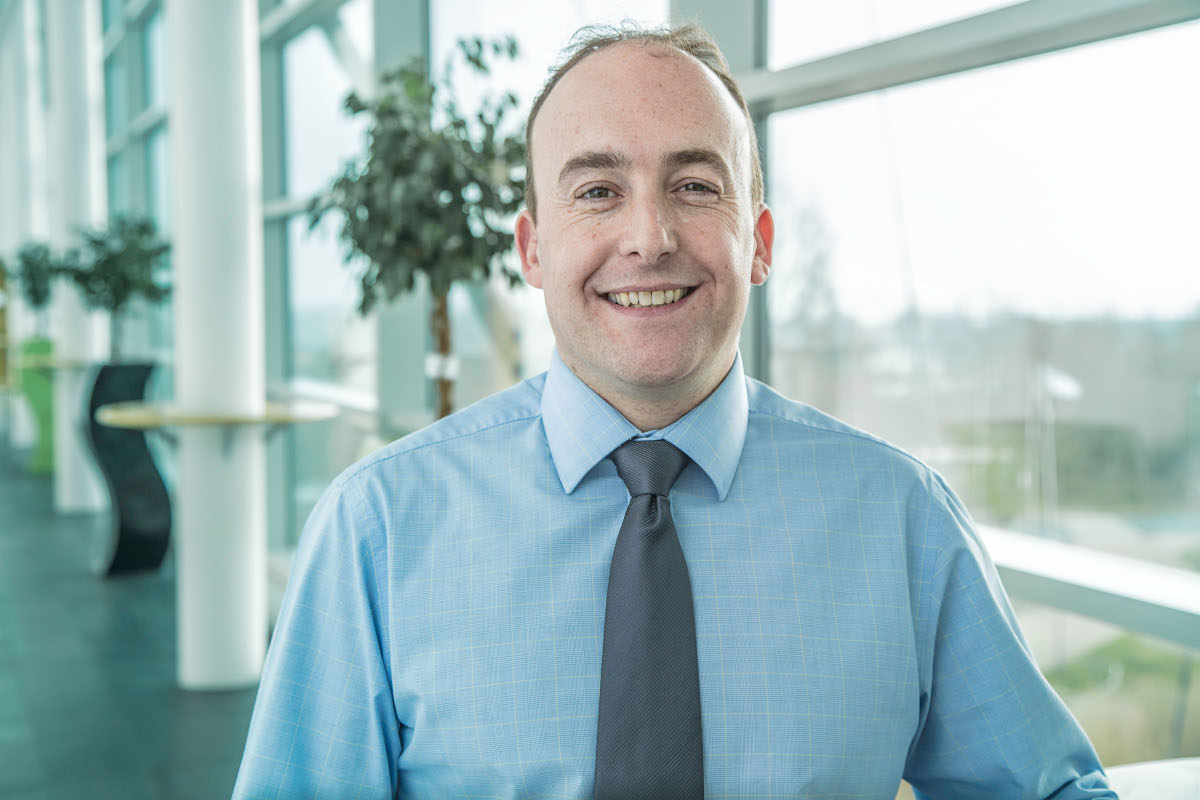 Simon has been a meteorologist for over 15 years, becoming interested in weather through surfing and checking the local forecast. He trained as a forecaster in the Royal Navy, serving as a Naval Officer for eight years – including serving in the 2003 Iraq War. He then spent six years as a primary school teacher, before joining the Met Office in 2012. He lives in Cornwall with his wife and two sons. He loves beaching, kayaking, mountain biking and spending time with his family. 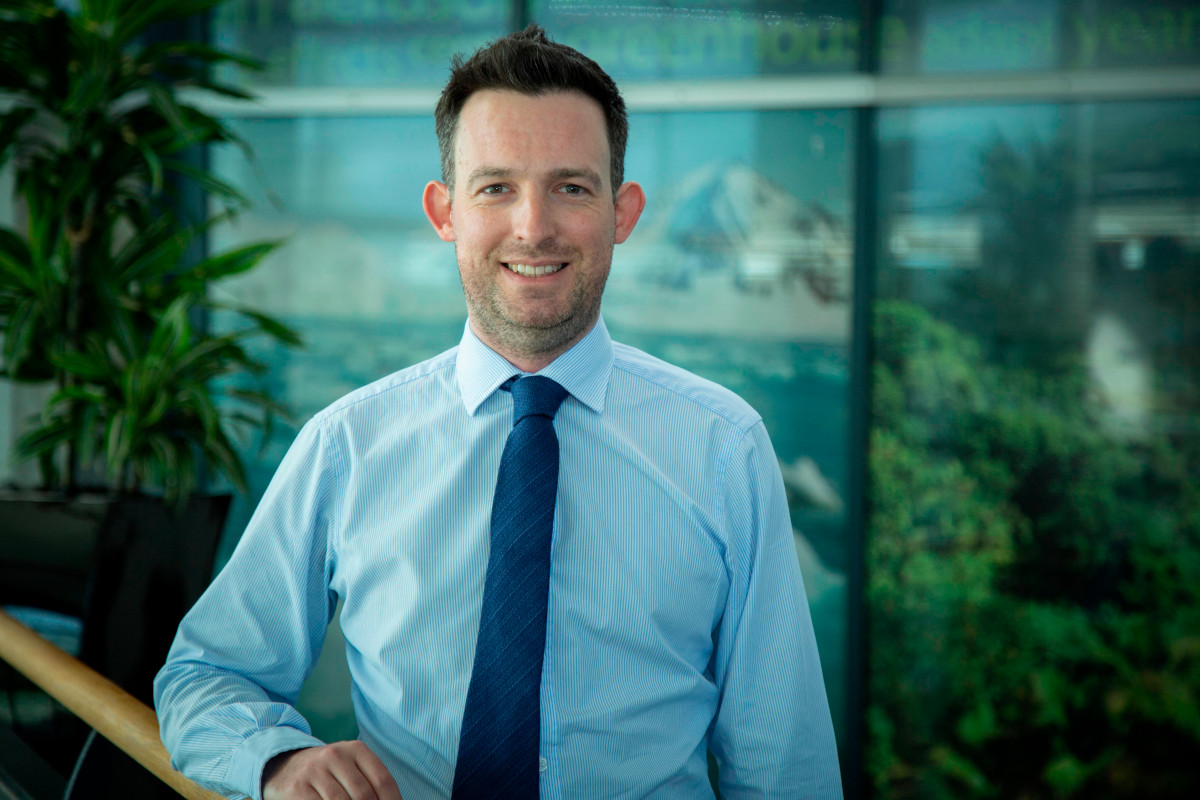 Tom has had a passion for the weather since a young age and has always been fascinated by extreme weather, and in particular, tornadoes and snow. After studying Physical Geography at the University of Portsmouth, he joined the Met Office in 2009 where he trained as a Meteorologist. Since then, he has forecasted at a number of locations across the UK and overseas, including at the National Air Traffic Control Centre, the Falkland Islands and in Antarctica. Outside of work, Tom enjoys spending a lot of his time outdoors, whether it is walking in the countryside, trying a new water sport, or practicing his photography.