How are rainbows formed?

The properties and behaviour of light, and how it interacts with droplets of water, give rise to one of nature's most colourful meteorological events - the rainbow.

It's all in the geometry...

Rainbows are formed when sunlight is scattered from raindrops into the eyes of an observer.

Most raindrops are spherical rather than the often depicted 'teardrop' shape and it is this spherical shape that provides the conditions for a rainbow to be seen.

The position of the sun and the raindrops in relation to the observer need to be just right for a rainbow to form:

The size of the raindrops does not directly affect the geometry of a rainbow, but mist or fog tends to disperse the effect more (see fogbows).

Rainbows only appear semi-circular over level ground at sunrise or sunset, when the sun is exactly on the horizon, the majority of the time a smaller segment of an arc is seen.

The effect of light hitting a raindrop

Because water is denser than air, light passing from air to a raindrop at an angle slows and changes direction, in a process called refraction.

Sunlight is made up of light of many different wavelengths that slow by different amounts causing the white light to split, or disperse, with the shorter blue and violet wavelengths going through a slightly increased change of direction to the longer wavelengths of the red light. 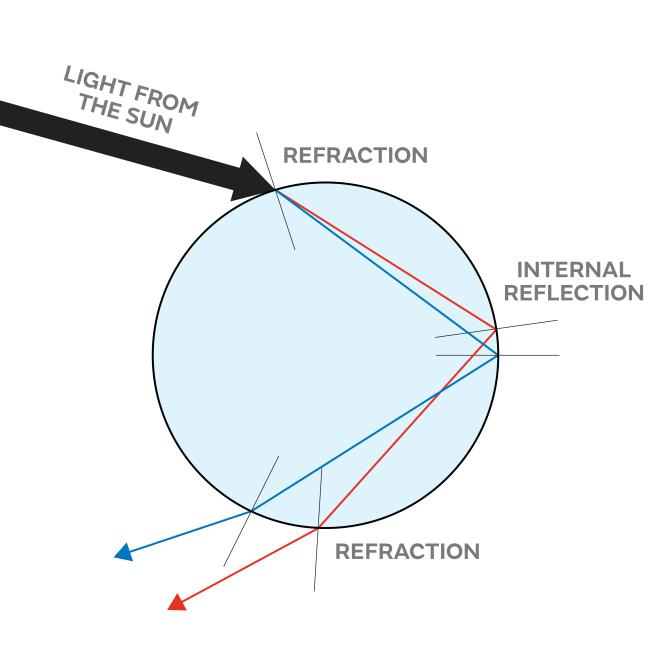 An observer standing in the right place will see the dispersed sunlight reflected back towards them. Light scattered by many drops reaching the observers eye will appear as a colourful rainbow. Different colours exit the droplets at angles varying by around two degrees from red to violet. The red light seen by an observer comes from drops slightly higher in the atmosphere than the drops that scatter violet light towards the observer. 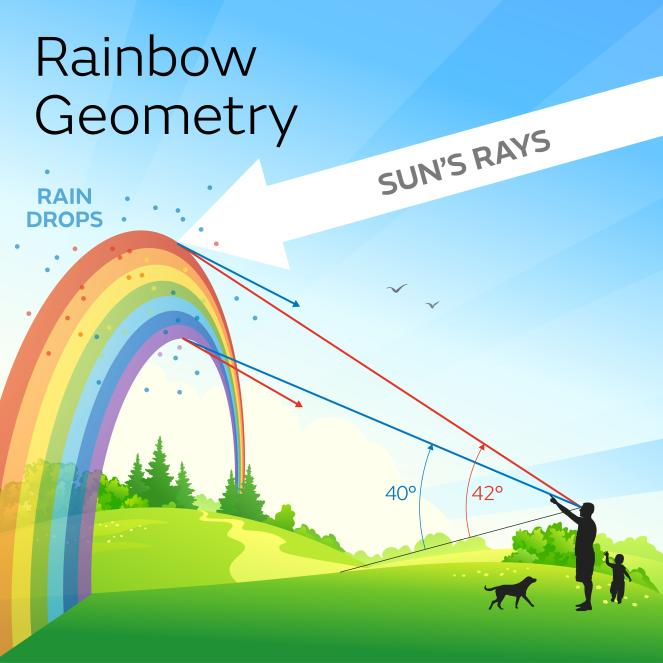 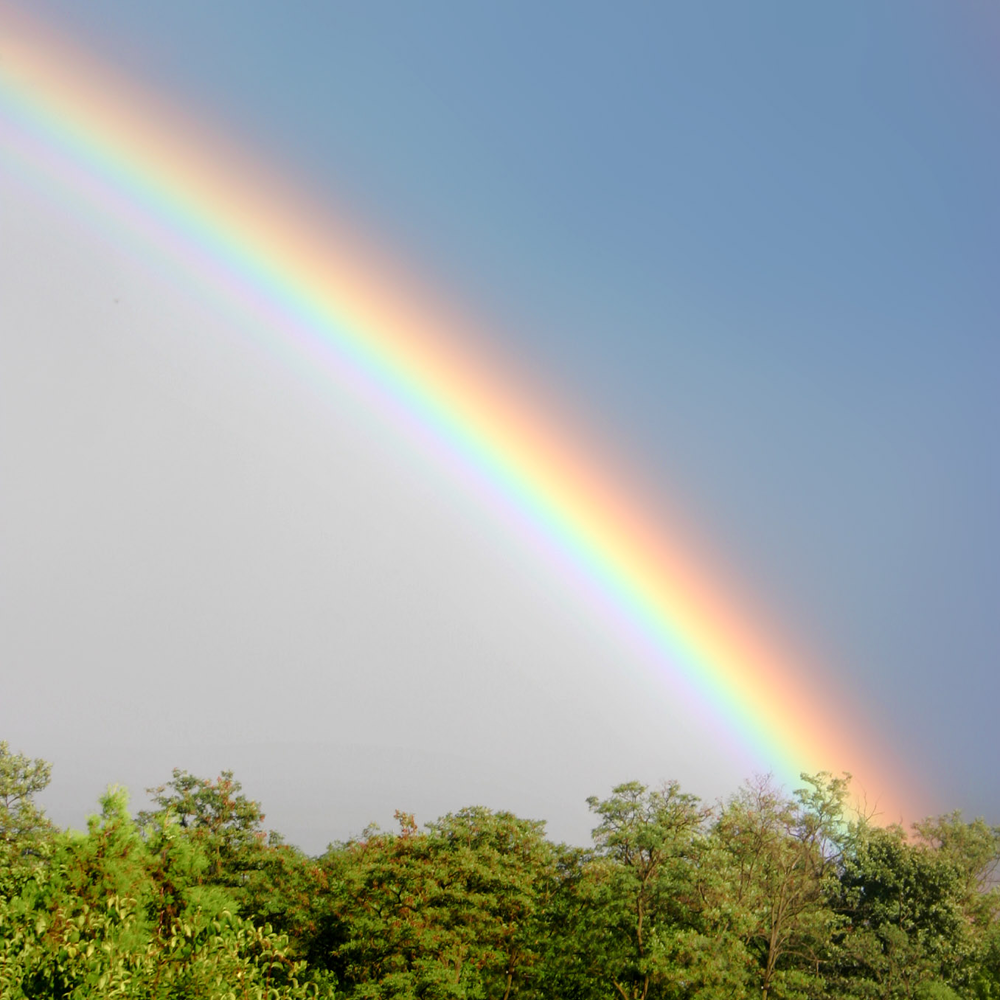 There are many different variations on conventional rainbows that form in certain conditions. You can find more information on them by clicking the links below:-

· What is a double rainbow?