And the next storm will be..?

This week the Met Office is offering people the chance to get involved with next season’s storm names by asking them to send in suggestions.

Over 10,000 names were received when ‘Name our Storms’ was first introduced in 2015 by the Met Office and Met Éireann, the national weather provider in the Republic of Ireland.  Now coming into its fifth year, the Met Office is once again asking people to get involved by sending in suggestions for storm names.

So how can you get your suggestions on the list?

This week the Met Office will be opening up their social media channels and inviting people to send in suggestions - look out for instructions on Twitter, Facebook, Instagram and Snapchat throughout the week. People can also send their suggestions via email to [email protected].  Met Éireann will also be asking the Irish public to send in their suggestions this week. 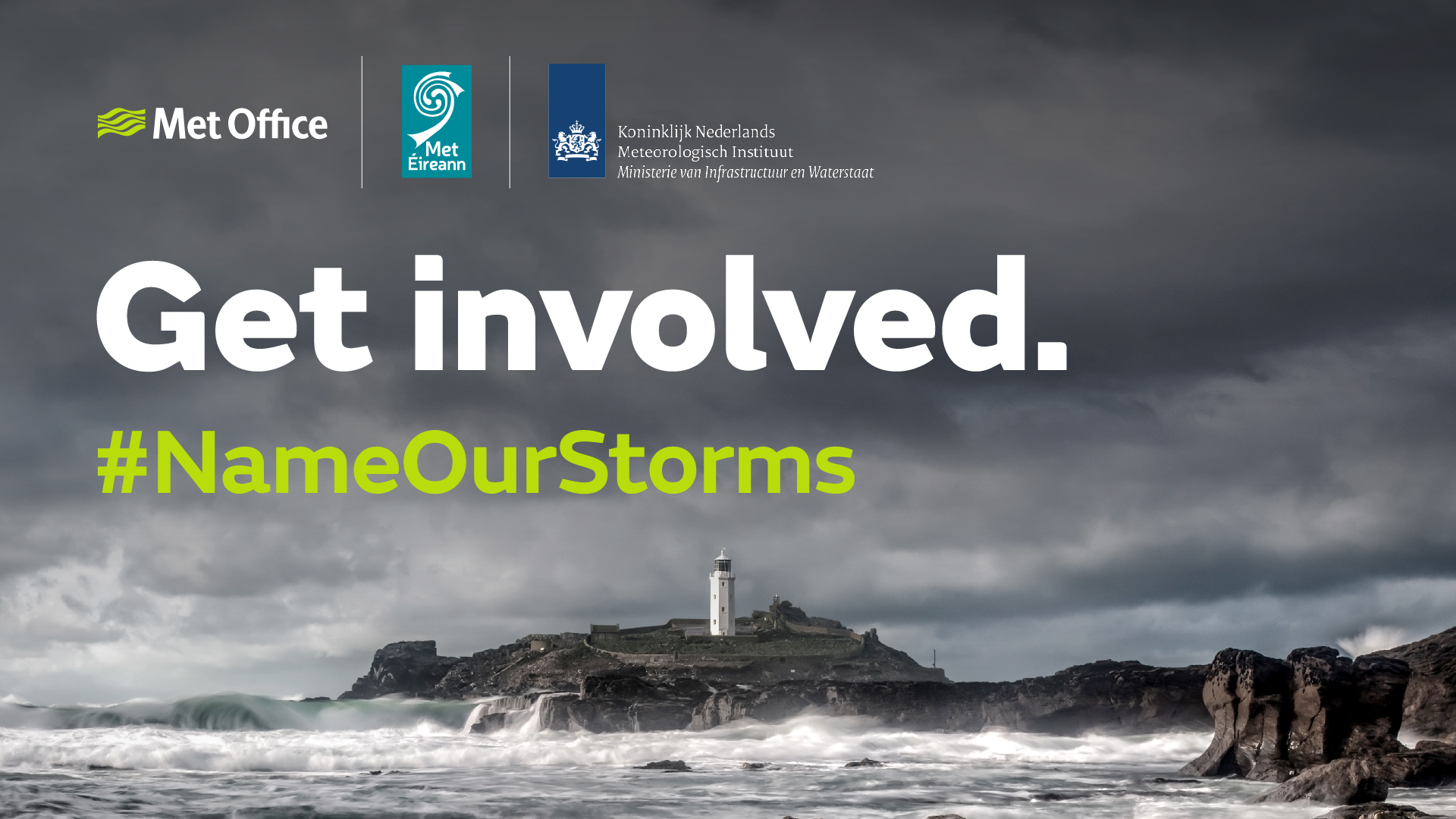 “In addition to Met Office weather warnings, the storm naming scheme has been proved to raise awareness of severe weather in the UK, providing a consistent message to the public and crucially helping people to make better decisions so they can stay safe and thrive.”

This year the Met Office and Met Eireann will be joined by KNMI, the Dutch national weather forecasting service and together they will announce the new list of storm names for the 2019/2020 season in early September.  An equivalent naming scheme for southwest Europe has been operating since 2017, which includes France, Spain and Portugal.  The two schemes are designed to work closely together, with each group adopting the other group’s storm name.

To find out more about Name our Storms you can visit the Met Office Storm Centre website.