Very strong winds and severe gales will impact the UK and Ireland through Monday.

The Met Office has issued a yellow wind warning  for Monday afternoon and evening, this covering Northern Ireland and much of the western half of the UK, as well as northeast Scotland.

Met Office Chief Meteorologist, Frank Saunders, said: “The UK and Ireland will turn increasingly windy on Monday, as Storm Brendan approaches, and there'll also be some heavy rain.  It’s going to be particularly windy across the western half of the UK, with gusts reaching 60-70 mph along Irish Sea coastlines, the west of Scotland and perhaps some English Channel coasts - maybe even 80 mph  in a few exposed places. This is likely to cause some disruption to sea, road and air travel.

“As Storm Brendan moves eastwards, strong winds will also develop across eastern parts of the UK, particularly northeast Scotland where there is also a wind warning in place.” 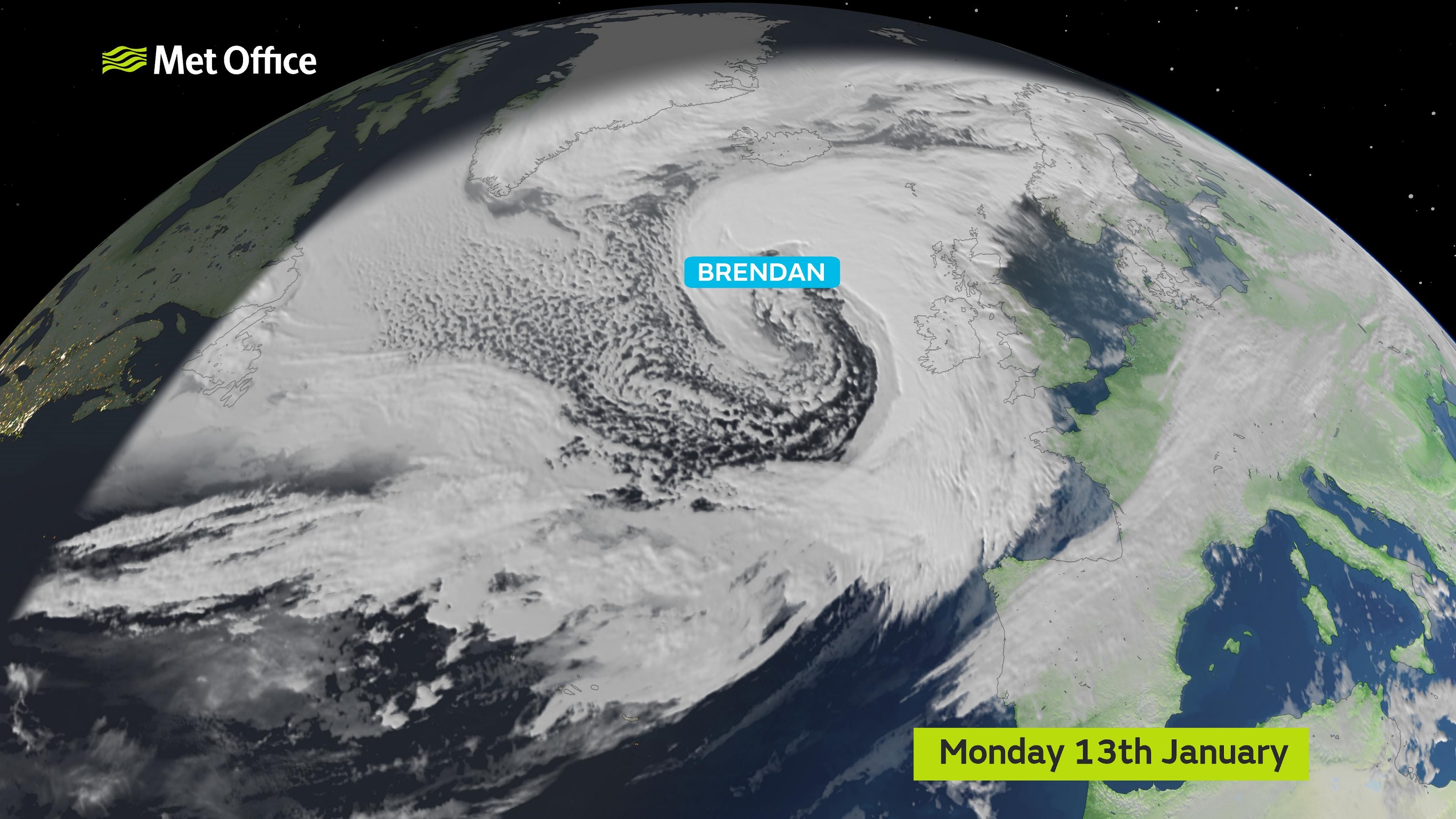 “As well as strong winds, there will be large coastal waves in western areas, so bear this in mind before heading out in these regions.”

Commenting on the forecast for the rest of the week, Frank said: “It looks like it's going to stay very unsettled, with the potential for further disruptive weather in places.”