Unsettled weather on the way

Today’s (Friday) high pressure will quickly be replaced by low-pressure as we head into the weekend, with spells of wet and very windy weather continuing across many areas of the UK through next week.

Commenting on Monday’s weather, Met Office Chief Meteorologist, Frank Saunders, said: “Southerly winds will strengthen through Monday, with a very windy day forecast, particularly across the western half of the UK.  Severe gales are likely along coastal areas, with gusts reaching 60-70mph at times along Irish Sea coastlines, the west of Scotland and perhaps some English Channel coasts, with disruption to sea, road and air travel likely.” 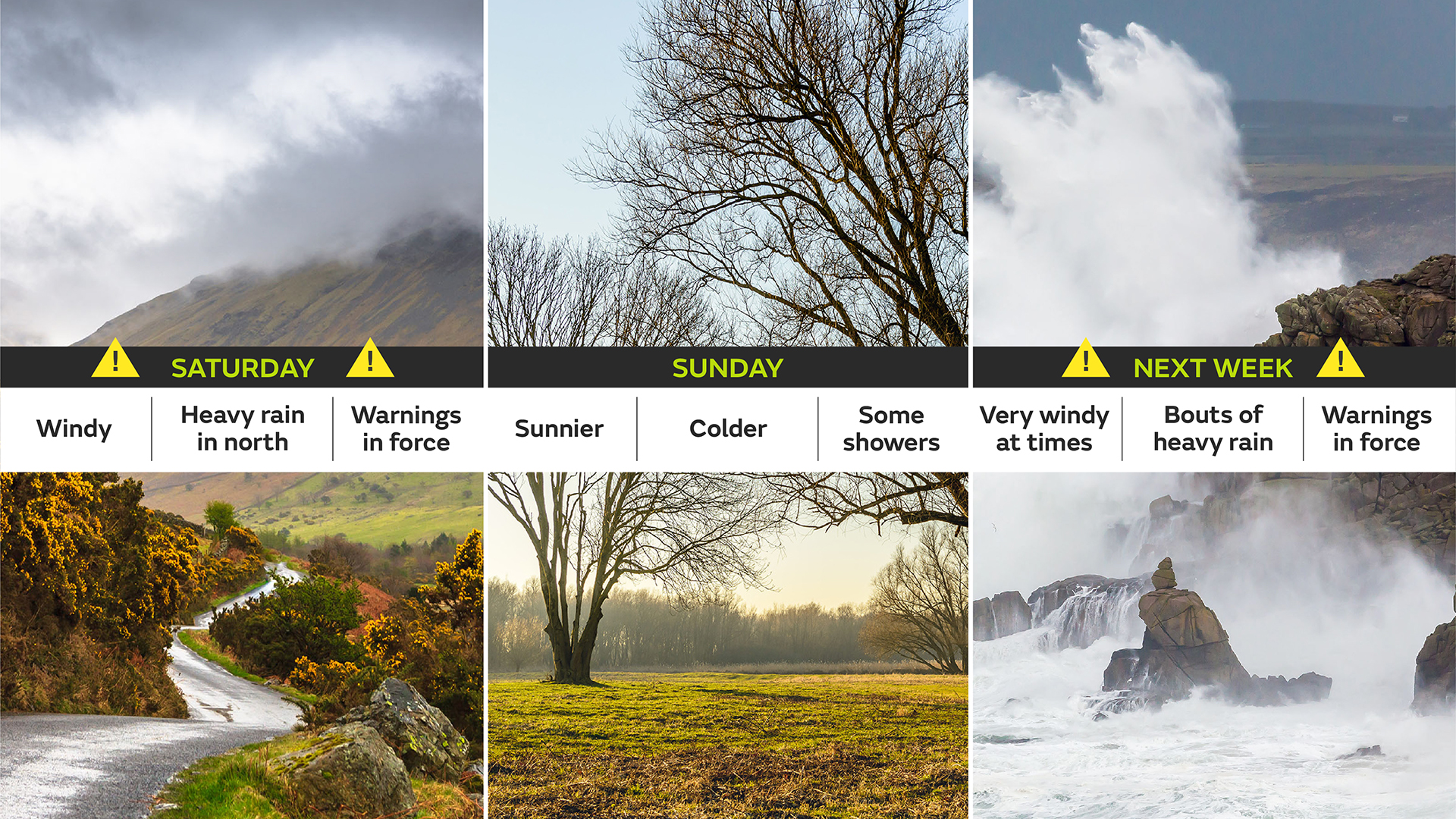 He continued: “There are signs of further low-pressure systems developing throughout next week which are likely to bring further gales and heavy rain almost anywhere and possible snow to  some northern parts of the UK.”