New report on the state of global climate in 2019

A major report on the state of the global climate for 2019 published today reveals further evidence of climate change.

The 30th edition of the Bulletin of the American Meteorological Society is a peer-reviewed report with contributions from climate scientists around the world, including from the Met Office. 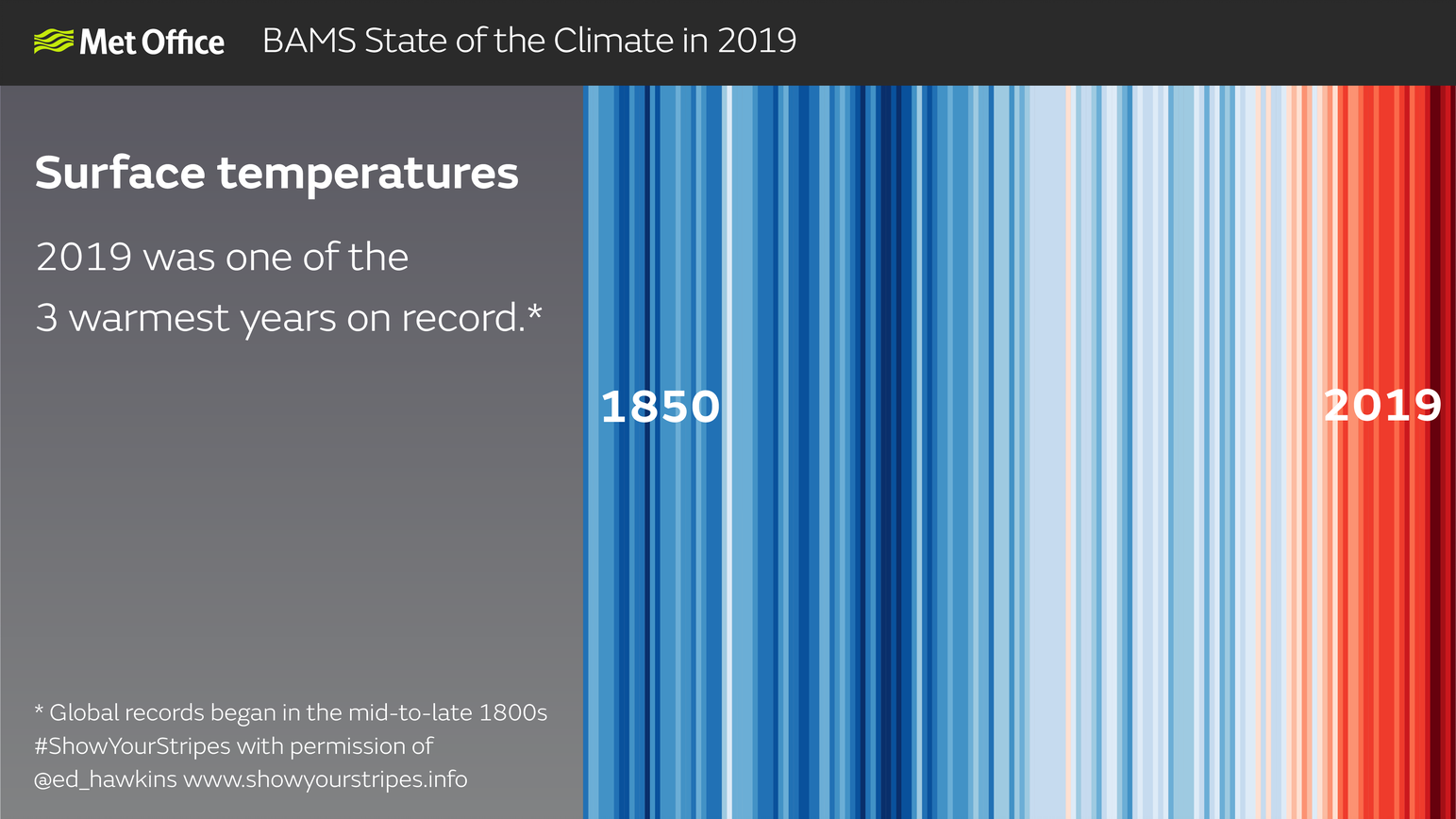 Robert Dunn from the Met Office leads the editor team for the Global Climate chapter in the BAMS State of the Climate report. He said: “The BAMS report aims to provide an authoritative and observationally-driven view of the weather and the climate each year.

“The view for 2019 is that climate indicators and observations show that the global climate is continuing to change rapidly.

“Global average temperature is perhaps the simplest climate indicator through which to view the changes taking place in our climate. 2019 was one of the top three warmest years in the historical record dating back to 1850. It also marks the end of a decade in which the average global temperature had risen by 0.2 °C when compared with the previous decade. And this millennium has been warmer than any comparable period since the Industrial Revolution.

Albert Klein-Tank is the director of the Met Office Hadley Centre, which also marks its 30th anniversary this year. Commenting on the publication of the report, he said: “The last three decades have been pivotal in shifting humanity’s understanding of the impacts of climate change. Thirty years on we have a huge body of climate observations charting climate change since the early 1990s and we also have a body of climate science research from the Met Office and other organisations helping us to understand and predict, in part, future climate change.

“In 2020 we stand at a mid-point in a climate change journey. We have come a long way in 30 years, but the next 30 years are going to be extremely challenging as we the evidence of climate science and observations to help humanity solve the climate crisis.”