April 2020 has been a warm, dry and sunny month

It was the sunniest April on record for the UK, according to a provisional analysis of the month’s climate statistics by the Met Office. 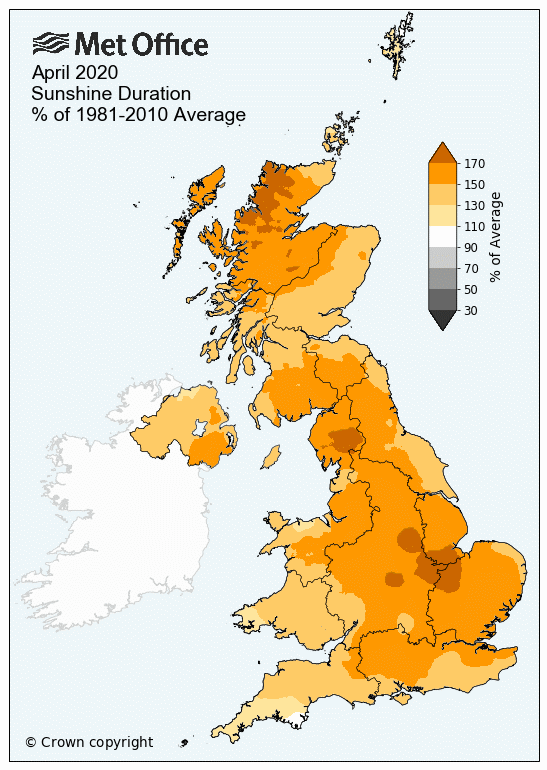 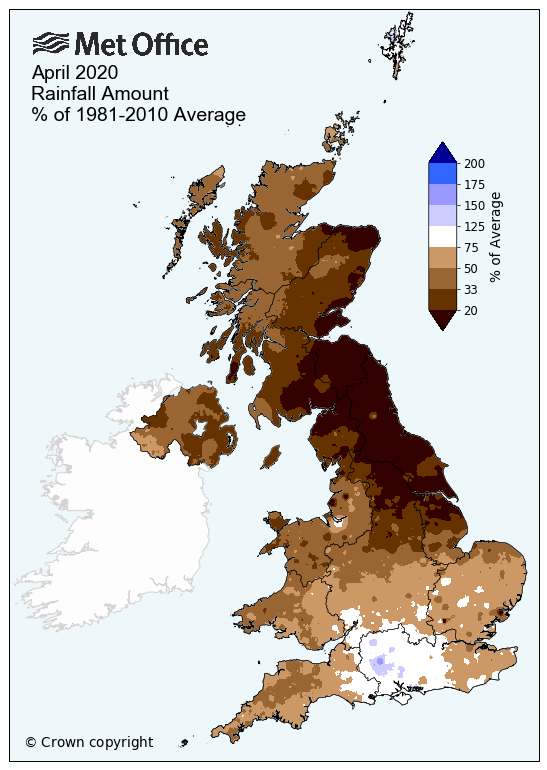 Rain in the last week of the month increased the rainfall totals in many places, but the UK overall still only received 40% of average April rainfall. It was the third driest April on record for Scotland. With just 13.2mm of rainfall, Northern England also recorded its third driest. It was particularly dry along the north east coast, with just 2.4 mm of rain recorded for Tyne and Wear, just 5% of normal, and a number of counties in north east England and eastern Scotland recording their driest April on record. The weather station at Morpeth in Northumberland had its driest April in 126 years of recording.

Dr Mark McCarthy is the head of the Met Office’s National Climate Information Centre. He said: “Although April 2020 will be remembered for being the sunniest April on record in England and the UK,  along with the sunshine, the month was largely dry with mean temperatures well above average for most parts of the UK. The UK climate is warming, and it is notable that in a Met Office series from 1884 the Aprils of 2003, 2007, 2009, 2011, 2014 and 2020 are all in the top ten warmest.”