The recent prolonged Siberia heat from January to June 2020 would have been almost impossible without the influence of human-caused climate change, according to a rapid attribution analysis by a team of leading climate scientists.

Temperatures were more than 2 °C hotter because of human influence

The researchers from international universities and meteorological services, including the P.P.Shirshov Institute of Oceanology, Russian Academy of Science, also found that temperatures were more than 2°C hotter than they would have been if humans had not influenced the climate by releasing greenhouse gas emissions.

Temperatures in Siberia have been well above average since the start of the year. A new record temperature for the Arctic, 38°C, was recorded in the Russian town of Verkhoyansk on 20 June, while Siberia’s overall temperatures were more than 5°C above average from January to June.

Measuring the effect of climate change on the prolonged Siberian heat

To measure the effect of climate change on these high temperatures, the scientists made use of large collections of computer simulations to compare the climate as it is today, with about 1°C of global warming, with the climate as it would have been without human influence, using the same methods as in past rapid and peer-reviewed studies.

Their analysis showed that prolonged heat like Siberia experienced from January to June this year would only happen less than once in every 80,000 years without human-induced climate change - making it almost impossible in a climate that had not been warmed by greenhouse gas emissions. Climate change increased the chances of the prolonged heat by a factor of at least 600. This is among the strongest results of any attribution study conducted to date.

The scientists noted that even in the current climate the prolonged heat was still unlikely: such extreme conditions can be expected to occur less than once every 130 years. But without rapid cuts in greenhouse gas emissions they risk becoming frequent by the end of the century. 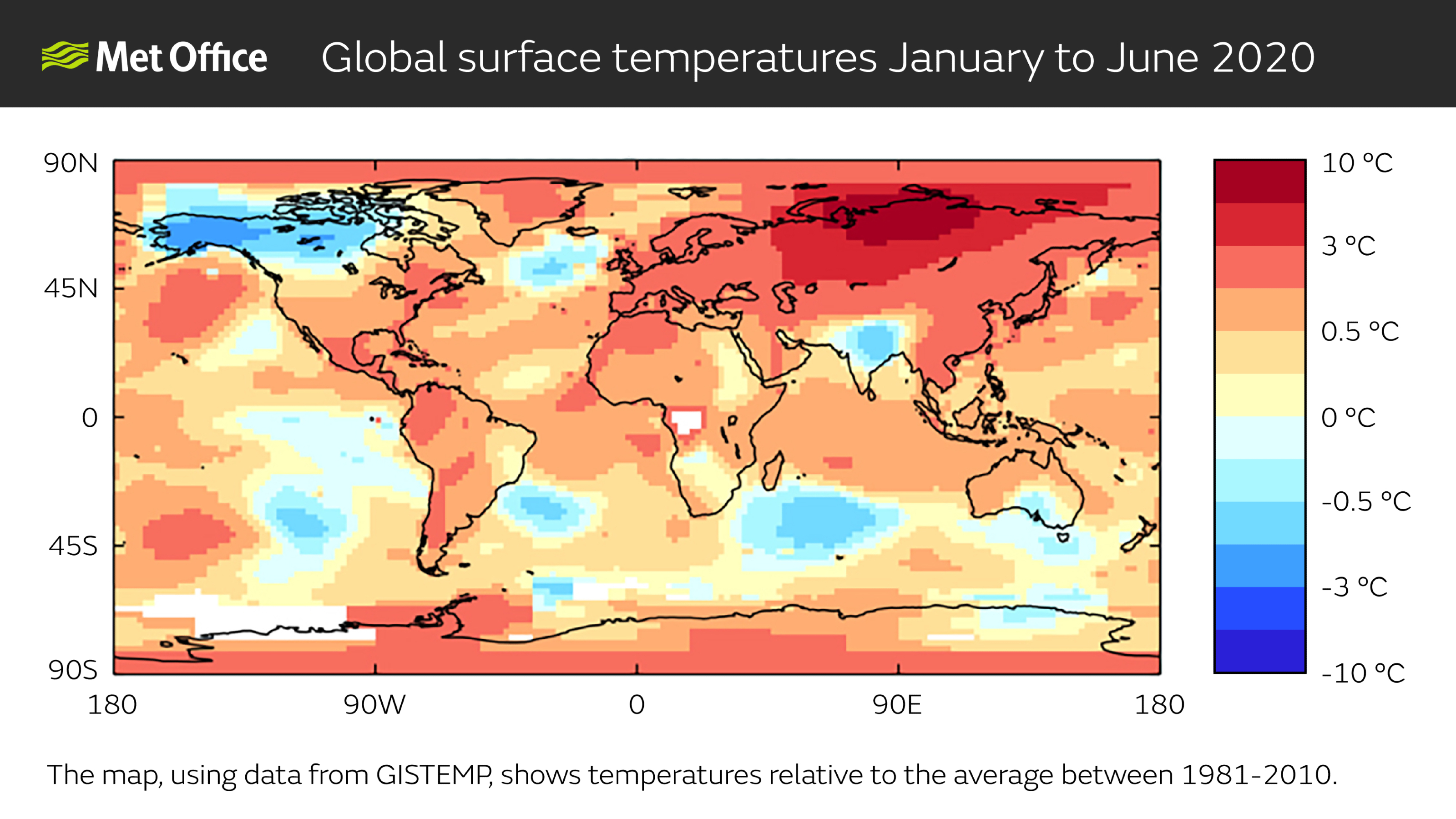 The impacts of the prolonged Siberian heat

The heat in Siberia has triggered widespread fires, with 1.15 million hectares burning in late June, associated with a release of about 56 million tonnes of carbon dioxide - more than the annual emissions of some industrialised countries such as Switzerland and Norway. It also accelerated the melting of permafrost - an oil tank built on the frozen soil collapsed in May, leading to one of the worst oil spills ever in the region. Greenhouse gases released by the fires and melting permafrost - as well as decreases in the planet’s reflectivity from loss of snow and ice - will further heat the planet. The heat has also been linked with an outbreak of silk moths, whose larvae eat conifer trees.

Lead author of the research and Senior Detection and Attribution scientist at the Met Office Andrew Ciavarella: “The findings of this rapid research – that climate change increased the chances of the prolonged heat in Siberia by at least 600 times – are truly staggering. This research is further evidence of the extreme temperatures we can expect to see more frequently around the world in a warming global climate. Importantly, an increasing frequency of these extreme heat events can be moderated by reducing greenhouse gas emissions.”

Prof. Olga Zolina, P.P.Shirshov Institute of Oceanology, RAS, Moscow, and CNRS Institut des Géosciences de l’Environnement, Grenoble, lead author IPCC AR6: “This study shows that not only was the magnitude of the temperature extremely rare but also the weather patterns that caused it. We are continuing to study how the wildfires that have burned over thousands of hectares might also affect the climate as the flames pump smoke and ash into the atmosphere.”

Dr. Friederike Otto, acting director of Oxford’s Environmental Change Institute, and co-lead of the World Weather Attribution initiative: “This study shows again just how much of a game changer climate change is with respect to heatwaves. Given that heatwaves are by far the deadliest extreme weather events in most parts of the world they must be taken very seriously. As emissions continue to rise we need to think about building resilience to extreme heat all over the world, even in Arctic communities – which would have seemed nonsensical not very long ago.”

Prof. Sonia Seneviratne from the Department of Environmental Systems Science at ETH Zurich (D-USYS), a lead author on several IPCC reports: “These results show that we are starting to experience extreme events which would have almost no chance of happening without human footprint on the climate system. We have little time left to stabilize global warming at levels at which climate change would remain within the bounds of the Paris Agreement. For a stabilization at 1.5°C of global warming, which would still imply more risks of such extreme heat events, we need to reduce our CO2 emissions by at least half until 2030.”

The rapid review paper was formally published in the journal 'Climatic Change' in May 2021.