An active jet stream is bringing unsettled weather to the UK next week, with spells of rain and wind expected for most.

The weather this weekend will largely see a northwest/southeast split, with rain expected for much of the weekend in the west of Scotland, while the southeast can expect calmer weather with only a small chance of a few brief interludes of showers. In the south, temperatures are expected to remain rather warm for the time of year, likely peaking at around 24C in London on Sunday.

Next week, a strengthening of the jet stream – which plays a crucial role in driving weather systems towards the UK – looks set to bring spells of unsettled weather through next week for much of the country, although there will still be some periods of drier weather, most likely in southern and central areas. 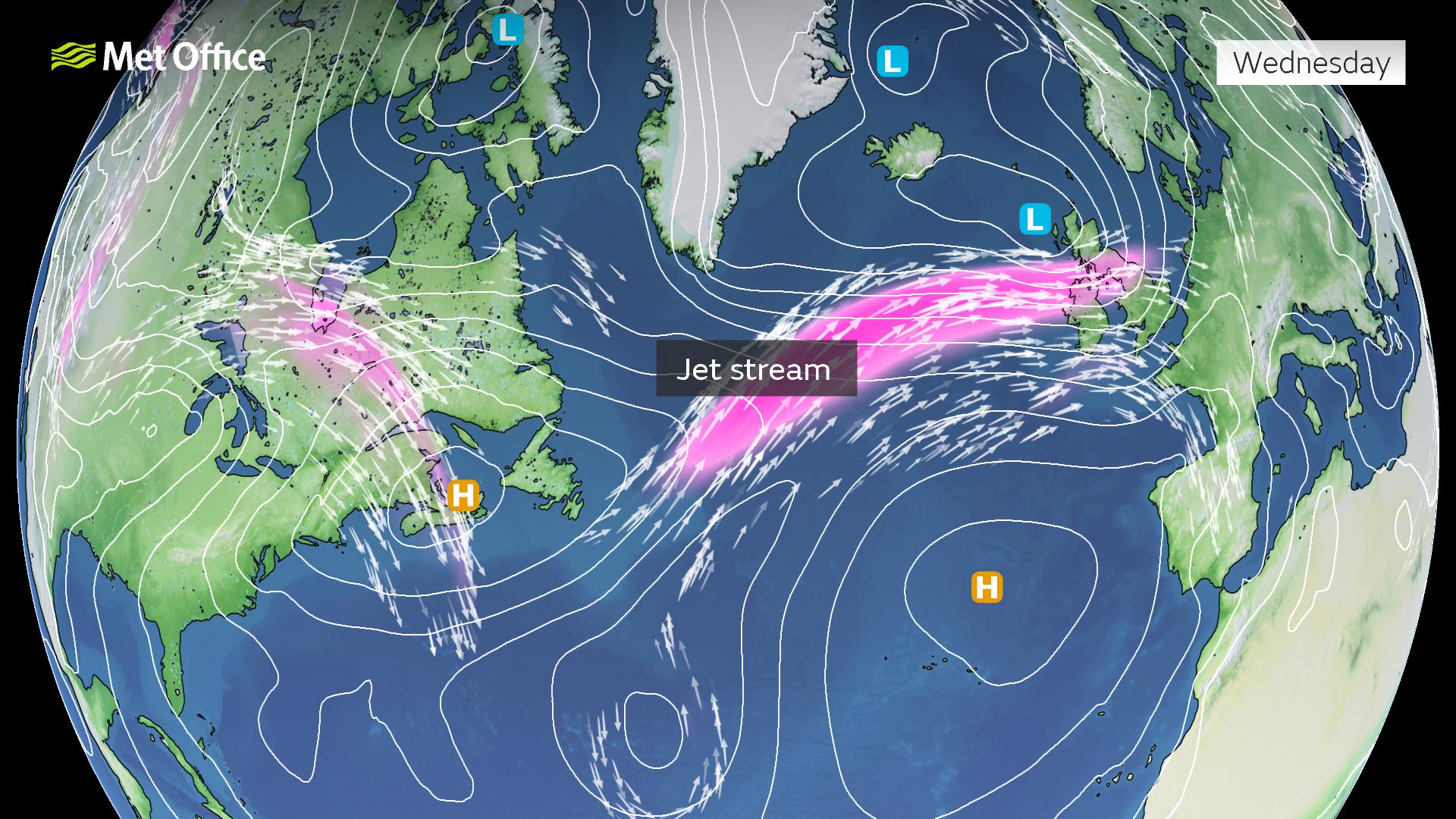 Met Office Deputy Chief Meteorologist Dan Rudman said, “The strengthening of the jet stream increases the chances of low-pressure systems developing over the Atlantic being pushed towards the UK. Although there are still some details to be determined on the depth and timings of these lows, what we do know is that there’s some unsettled weather on the way next week, with some strong winds likely from the middle the week, especially in the north.

“Weather of this nature isn’t unusual in a UK spring, with changes in the jet stream frequently bringing interludes of unsettled weather.”

That theme of unsettled weather looks likely to continue through the latter part of next week with some longer spells of rain possible in northern areas. The best of any sunshine is looking to be most likely in the south and southeast.

Further ahead and Jubilee outlook

Although it’s a long way off, there are signs that although the following week (W/C 30 May) may start unsettled, it may start to become more settled, for the south in particular. We’re still some two weeks away from the Jubilee Weekend, but the long-range outlook shows a trend for some possible warm weather in southern areas, and closer to average temperatures further north. The full forecast for the Jubilee Weekend will become clearer nearer the time.

You can check the latest forecast on our website, by following us on Twitter and Facebook, as well as on our mobile app which is available for iPhone from the App store and for Android from the Google Play store. Keep track of current weather warnings on the weather warning page.