100 years ago, Lewis Fry Richardson, mathematician and scientist, started to see if he could forecast the weather.

As he experimented with numerical weather forecasts on the Western Front during World War I, could he have imagined the advances in forecasting and accuracy since then?

In 1913, before the outbreak of war, Richardson was in charge of the Met Office’s Eskdalemuir observatory in Scotland. While there, he started developing ideas on weather forecasting using mathematical methods. 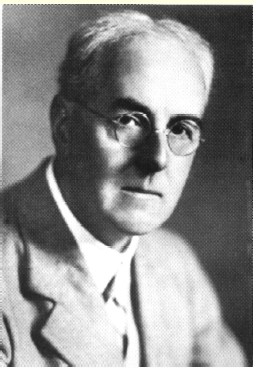 As a Quaker and pacifist, Richardson was a conscientious objector during World War I. So, in 1916, he left the Met Office to join the Friend’s Ambulance Unit. Even while he was working at Passchendaele as an ambulance driver, he continued experimenting on the first ever numerical forecast based on scientific rules rather than past trends.

In 1917, instead of using mathematical models, weather forecasters would match current weather with patterns in past weather records, but Richardson eventually developed a more scientific method that is more accurate and still in use today.

Trials in the trenches

As war raged around him, Richardson began to experiment with creating a numerical weather forecast. For his first attempt, he re-created a past forecast for Central Europe, using published weather data for that date, such as temperature, pressure and wind speed.

Modern forecasting uses complex algorithms run on powerful supercomputers in which observations of current weather are processed through a mathematical model of the atmosphere to forecast its future state. Richardson devised a gridded map of the forecast area and generated, by hand, the first numerical weather prediction.

The calculations took Richardson more than six weeks to produce a six-hour forecast for just one location. While this first forecast was not accurate, due to limitations with the data, his pioneering method was eventually to be proved correct. 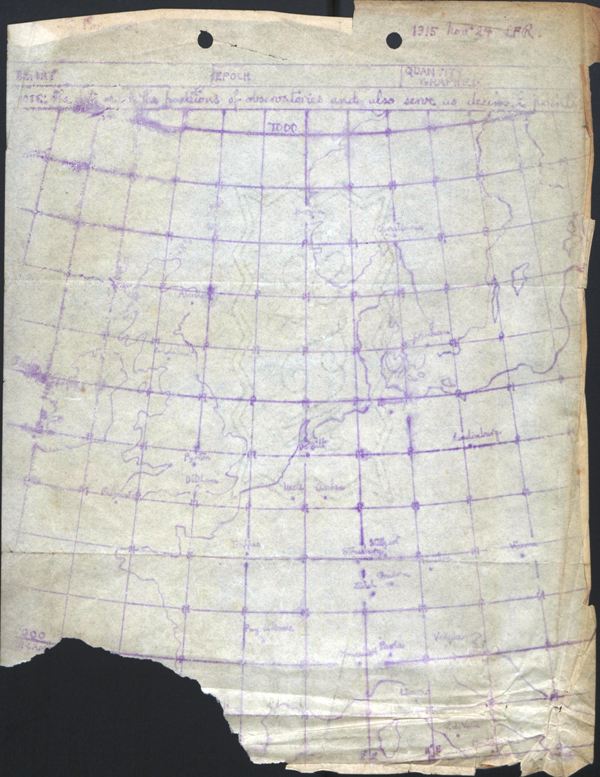 After the war, Richardson continued to develop his theories, re-joining the Met Office in 1920 where he continued his work. In 1922, Richardson published his now famous book, Weather Prediction by Numerical Process. Incredibly, during the battle of Champagne in 1917, the draft of his book was sent to away from the frontline for safe keeping. However, it was lost and then re-discovered months afterwards under a heap of coal.

As well as his methodology, Richardson described his ideas of what has since been called his ‘forecast factory’. Imagining a large circular theatre like hall, with a map of the world painted on its walls, he estimated that 64,000 ‘computers’ (not computers as we know today, but mathematicians tasked with ‘computing’) would be needed to calculate weather forecasts in real time, each responsible for one small part of the globe.

Richardson’s foresight was remarkable, and the mathematical methods, which he instigated, started to become a practical reality using electronic computers after World War II. Supercomputers today use parallel processors to undertake the huge numbers of calculations needed to run global forecast models.

While his vision of the forecast factory was never fully realised quite in the way he had imagined it, he will be forever remembered as a pioneer in the field of numerical weather prediction whose work set the foundation for modern forecasting.

These days, the Met Office provides accurate forecasts for all around the world, with most people accessing them on demand at an instant touch of a button or screen without giving the science behind the forecasts a second thought. In the background, is the Met Office Unified Model, a numerical model of the atmosphere used for both weather and climate. Together with our partners around the world, we continually develop the model, adding state of the art understanding of atmospheric processes to new releases. 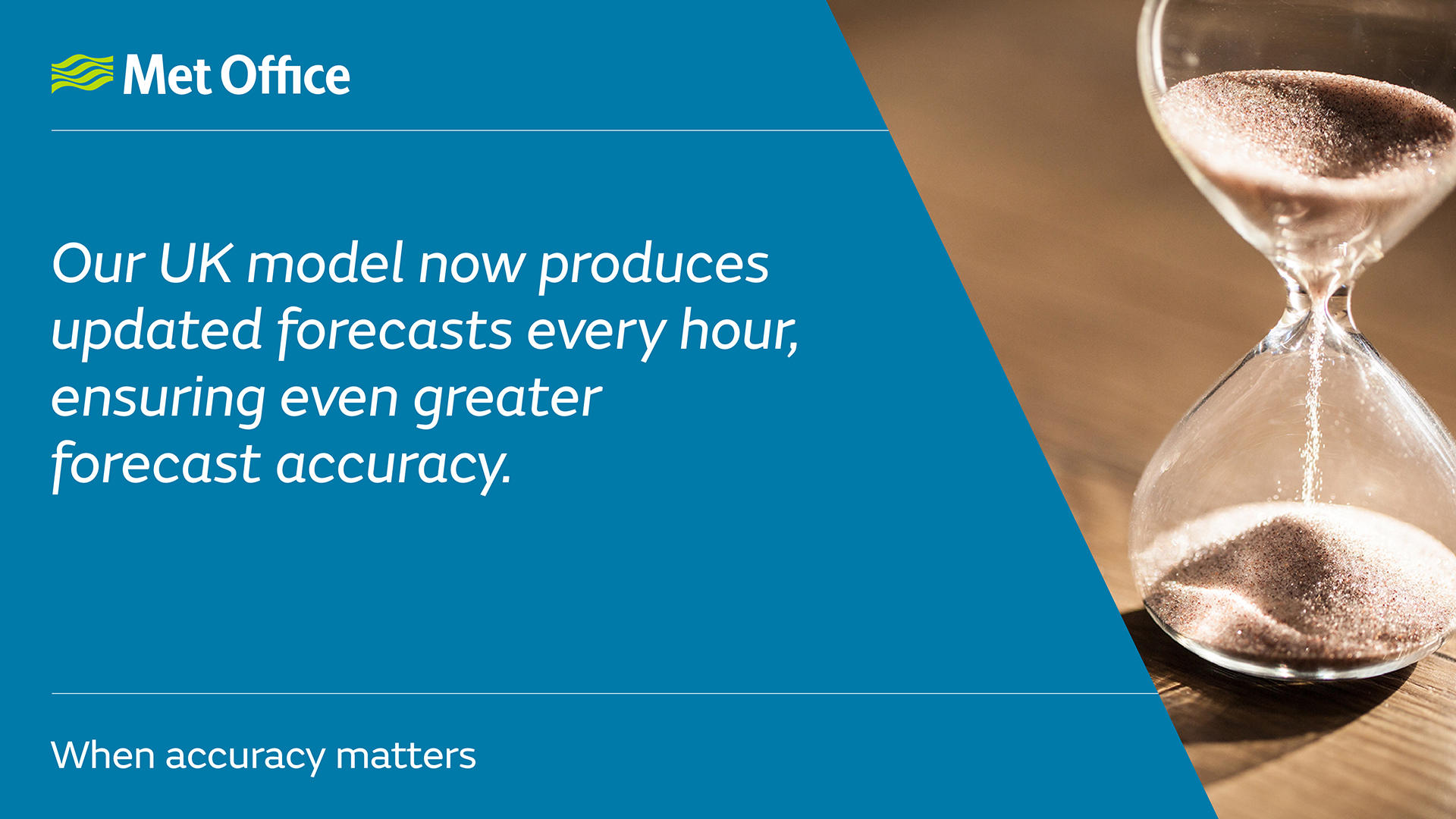 The world's most powerful supercomputer dedicated to weather and climate

We now have a supercomputer with more computational capacity than we have ever had before, which is helping us make use of new science to improve our modelling systems and provide even more accurate data and forecasts. Upgrades to our models are tested in parallel with operational versions in what are known as ‘parallel suites’.

Our latest operational model upgrade has brought improvements to our:

Improvements that help with our levels of accuracy include:

The illustration below explains some of our recent model developments and the benefits they bring. 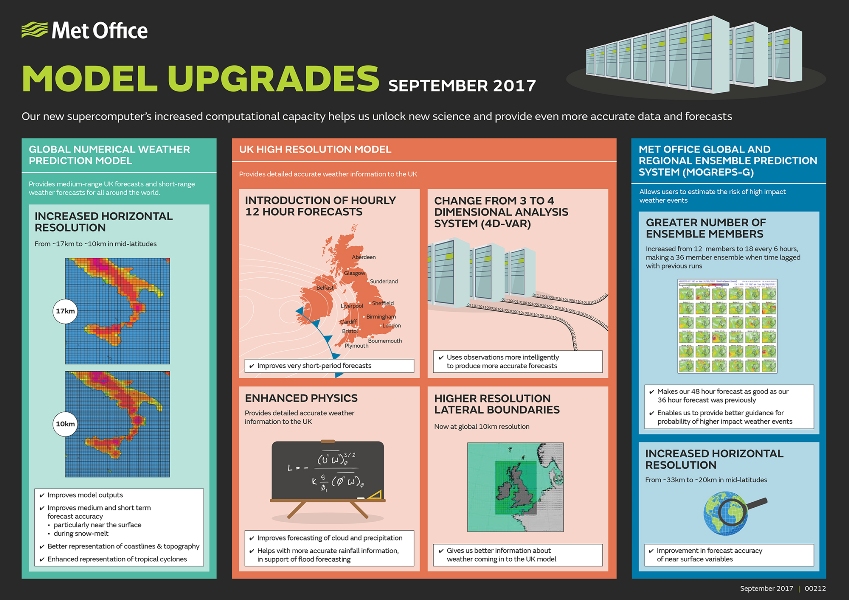 The Met Office’s long history of forecasting using numerical weather prediction means that we are now relied on as one of most accurate forecasters in the world. The Met Office continually strives for accuracy. Our four-day forecast is now as accurate as our one-day forecast was 30 years ago. Our global Numerical Weather Prediction model, the foundation of our accurate weather provision, is recognised as a world-leading national meteorological service model verified using standards defined by the World Meteorological Organization. 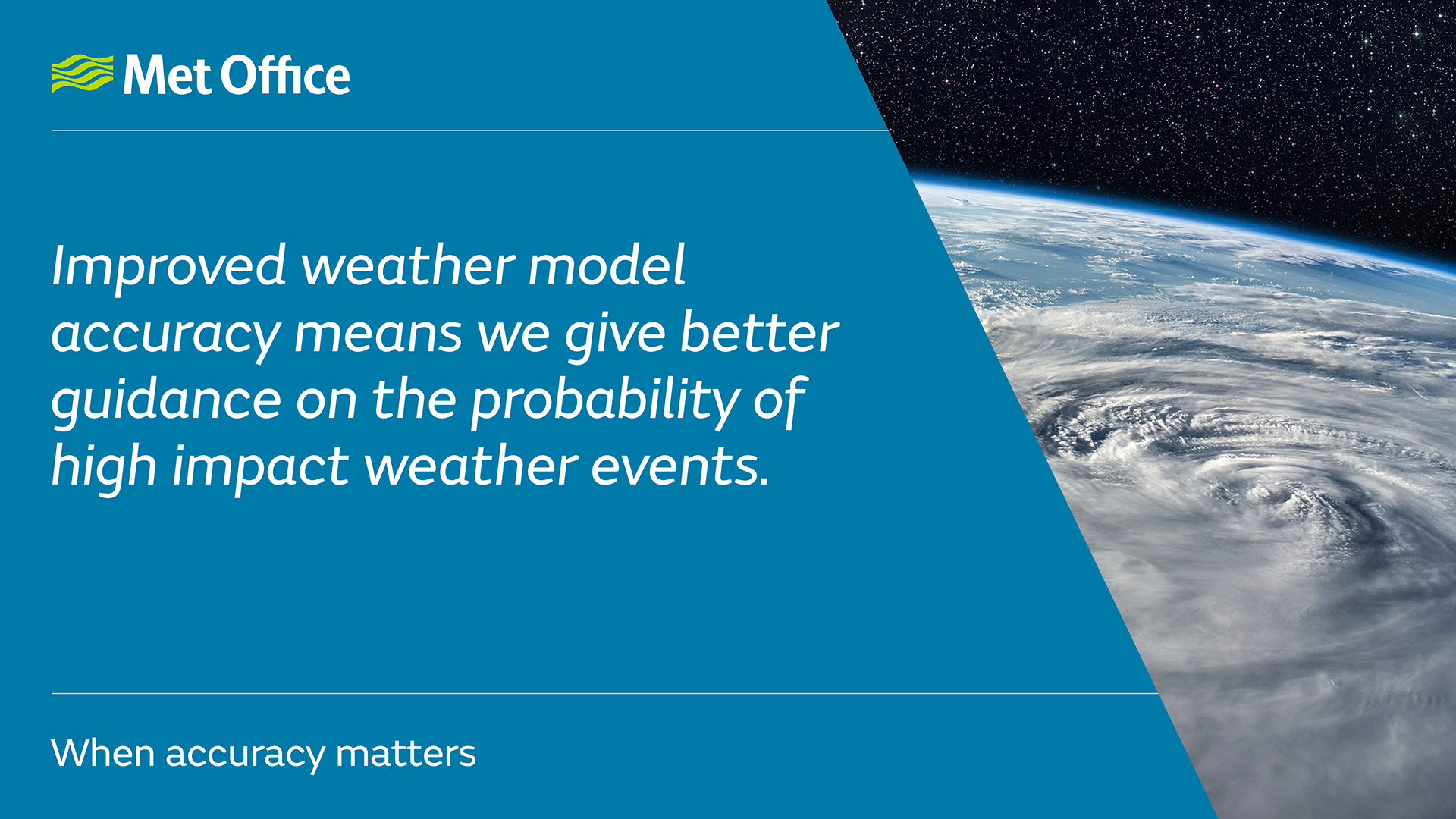 Nevertheless, we will never forget how improvements in capability and accuracy all started with Lewis Fry Richardson’s vision, all those years ago. It is no coincidence that LFRic is the name for the programme of work that is developing the next evolution of the Met Office Unified Model, intended for operational use in the mid 2020s. The name LFRic was chosen in recognition of Lewis Fry Richardson and his 'fantasy' of parallel computation of weather.