How the Royal Charter Gale shaped the shipping forecast

On the night of 25 October of 1859, a severe, slow moving storm struck the British Isles.

In the aftermath, the sinking of the Royal Charter inspired Robert Fitzroy to start a national storm warning system – the earliest beginnings of today’s Met Office forecasting service.

The Royal Charter gale, as it became known, was the most severe storm to hit the Irish sea in the 19th century. Wind speeds in the Mersey were higher than any previously recorded.

The storm took 800 lives and 133 ships, with 90 more badly damaged. Twice as many people were lost at sea around the British Isles than in the whole of 1858.

The most famous ship to be lost during the night was the steam clipper, Royal Charter, which foundered on the coast of Anglesey. She was one of the fastest emigrant ships operating during the Australian gold rush and was on the last leg of her two-month journey from Melbourne to Liverpool. 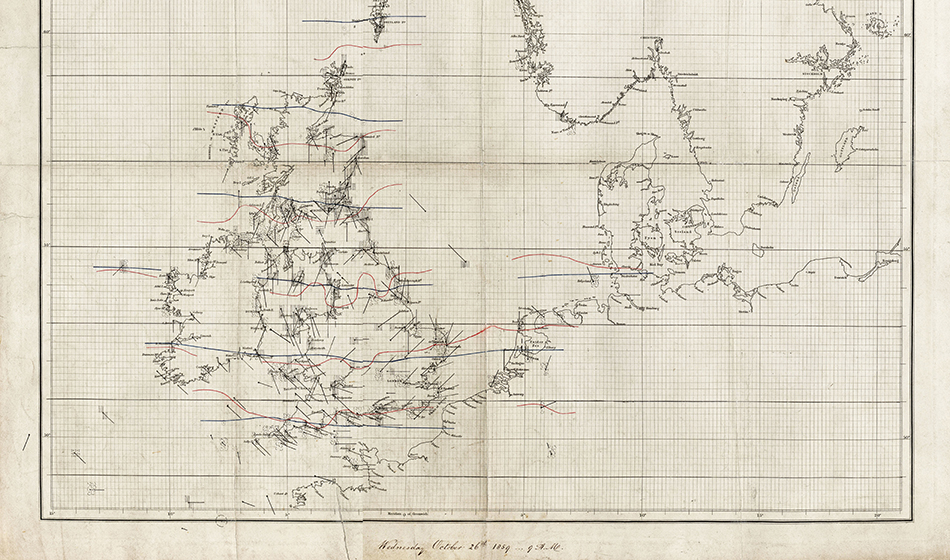 As conditions in the Irish sea deteriorated, the Royal Charter was driven inshore. Her anchor chains snapped, and her engines were unable to make headway against the gale. She struck the rocks at Point Alerth and, battered by huge waves, quickly broke up. Around 460 lives were lost including all of the women and children aboard. There were only 40 survivors and it remains the highest death toll of any shipwreck on the welsh coast.

Widespread coverage in the national press focused attention on the need for storm warnings to reduce similar losses in future.

Robert Fitzroy, founder of the fledgling meteorological office, which had been collecting observations from around the British coast since 1854, believed his department could provide such a service. He produced a detailed report with charts to prove that the storm could have been predicted. Through his analyses of the Royal Charter and other storms, Fitzroy demonstrated the validity of his models and proposed a national storm warning system.

Many in the scientific establishment doubted that weather could be predicted in any meaningful way. However, the government permitted Fitzroy to test his science of weather forecasting and establish a storm warning service.

In February 1861, the first warning was issued using a combination of cones and drums hoisted on a mast to warn vessels both in harbour and along the coast of an approaching gale. On the Tyne, the warning was disregarded and many lives were lost, however its accuracy ensured that further warnings were heeded and the scheme was widely popular.

Fitzroy became a hero to the maritime community and the Royal National Lifeboat Institution (RNLI). Although there was no involvement of the RNLI in the Royal Charter storm as the RNLI did not have a boat in Anglesey until 1868, the forecasts helped protect many lives including RNLI lifeboat crews.

Today, we work in partnership with the RNLI when handling a range of weather related events.

There are memorials to the Royal Charter on the headland at Point Alerth, Anglesey and at the RNLI Gwylfan Moelfre Sea Watch Centre. Moelfre lifeboat station was founded in 1868 and the dangerous nature of the Anglesey coastline has resulted in its lifeboat crews being awarded 37 medals for gallantry. 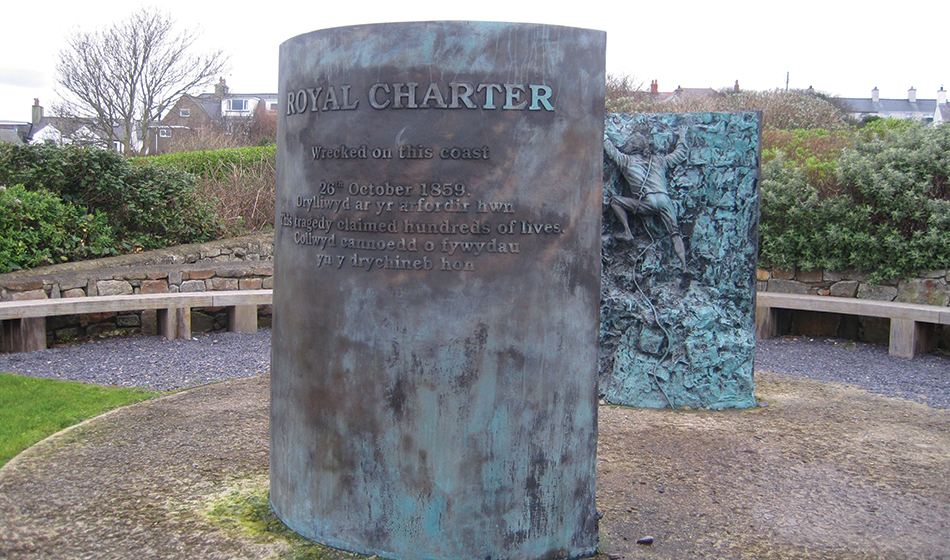 The storm warning service is the longest running national forecasting service in the world – now known as the iconic shipping forecast – provided by the Met Office on behalf of the maritime and coastguard agency.

The uninterrupted service was 150 years old in 2017. On reaching such a milestone, it is worth remembering the Royal Charter gale, and its significance in terms of forecasting, and the origins of the Met Office as a source of lifesaving warnings.