Through strong international partnerships, the Weather and Climate Science for Service Partnership programme is supporting the implementation of impact-based forecasting around the world.

What is impact-based forecasting?

While traditional weather forecasts give an indication of what the weather will be, impact-based forecasting (IBF) considers the vulnerability of people and property to the weather and warns of the associated impacts, as well as the likelihood of them occurring.

Impact-based forecasting enables an integrated, authoritative message to be delivered to all parts of society so that everyone to take appropriate action to ensure personal safety and protect property.

How is the impact of a severe weather event determined?

Impact-based forecasts use a risk matrix to determine the warning level. National Meteorological Services, disaster managers and local communities work together to determine and agree the different warning levels on a case by case basis by using impact data from previous extreme weather events. 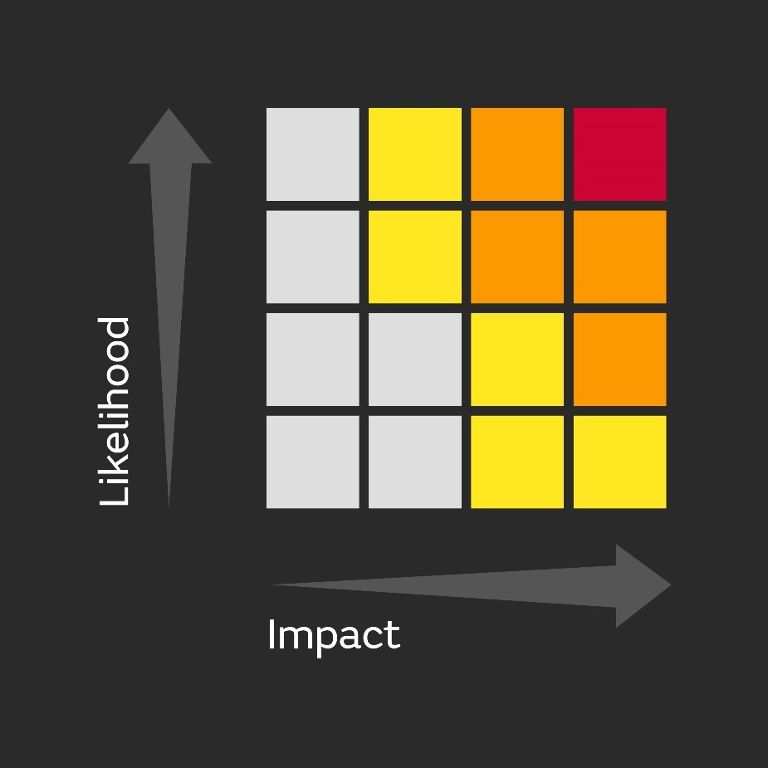 The risk matrix warnings are colour coded, depending on a combination of both the impact the weather may have and the likelihood of those impacts occurring.

A yellow warning is the lowest level and can be issued if it is likely the weather will cause some low level impacts. An amber warning is issued when there is an increased likelihood of impacts from severe weather which could disrupt plans and have impacts such as travel delays. A red warning is issued when dangerous weather is expected and there is very likely a risk to life with substantial disruption to travel, energy supplies and possibly widespread damage to property and infrastructure.

The WCSSP Programme is working on several projects to accelerate the implementation of impact-based forecasting to benefit countries around the world.

Southern Africa is severely impacted by extreme weather and climate events. In 2019, tropical cyclone Idai led to over 1000 deaths across Mozambique, Zimbabwe and Malawi, suggesting there are still improvements to be made in the production and delivery of early weather warnings.

The WCSSP South Africa project has been working with the South African Weather Service (SAWS) to launch a new impact-based severe weather warning service in South Africa, which has already delivered significant benefits. By working closely with disaster managers and communities, the warning messages issued by SAWS have been tailored towards the users. Forecasters have received training to ensure non-scientific terminology is used when communicating forecasts and warnings. As a result, disaster managers can understand the warnings issued and take the necessary action ahead of the anticipated severe weather.

To set up the system, the project hosted outreach workshops where vulnerable communities were invited to attend and develop communication chains with the National Disaster Management Centre. These workshops ensure the warning messages will reach their areas and that appropriate actions can be taken. 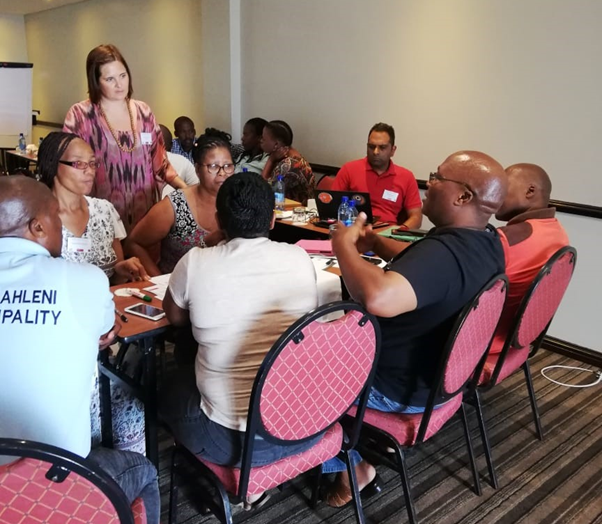 How has the system performed?

The new system was tested on cases of extreme weather in 2019 and became operational in 2020. It successfully warned of the high likelihood of flash flooding in coastal areas of Kwazulu-Natal between 22-23 April 2019 and specifically the heightened risk and disruption on the roads. These timely warnings kept people off the roads and enabled disaster managers to evacuate people. Whilst there were still significant impacts from this event with at least 68 fatalities and estimated damages of more than R1 500 000 000 (approximately GB£65 million), these would have been much higher without the new warning system.

Disaster manager, Joe Gqabi District in the Eastern Cape said “Impact-based forecasting has significantly improved relationships, especially between emergency response agencies and stakeholders. Disaster Risk Management issues warnings in advance to stakeholders and this enables them to plan their activities especially when there are sensitivities at a particular time. Relations are now good as there is one source of information on weather related matters for the stakeholders to plan, take action and coordinate their activities.”

The lessons learned through the implementation of the new service will be shared through workshops to benefit other countries across Southern Africa.

WCSSP India is a research project building and harnessing strong, sustainable science and innovation partnerships between the UK and India. It is a collaborative initiative between the Met Office, supported by the UK Government’s Newton Fund, and the Indian Ministry of Earth Sciences. Through this collaboration, WCSSP India is developing the underpinning science for impact-based forecasting which can support the Indian Meteorological Department as they transition towards operational impact-based forecasting. In 2019 an impact-based forecasting workshop was held at the Indian Institute of Tropical Meteorology, Pune, bringing together researchers and operational meteorologists to discuss the challenges associated with impact-based forecasting. Based on this workshop a set of priority areas were identified: research and development of impact models; socio-economic impact data collection; and communication and dissemination of warnings. 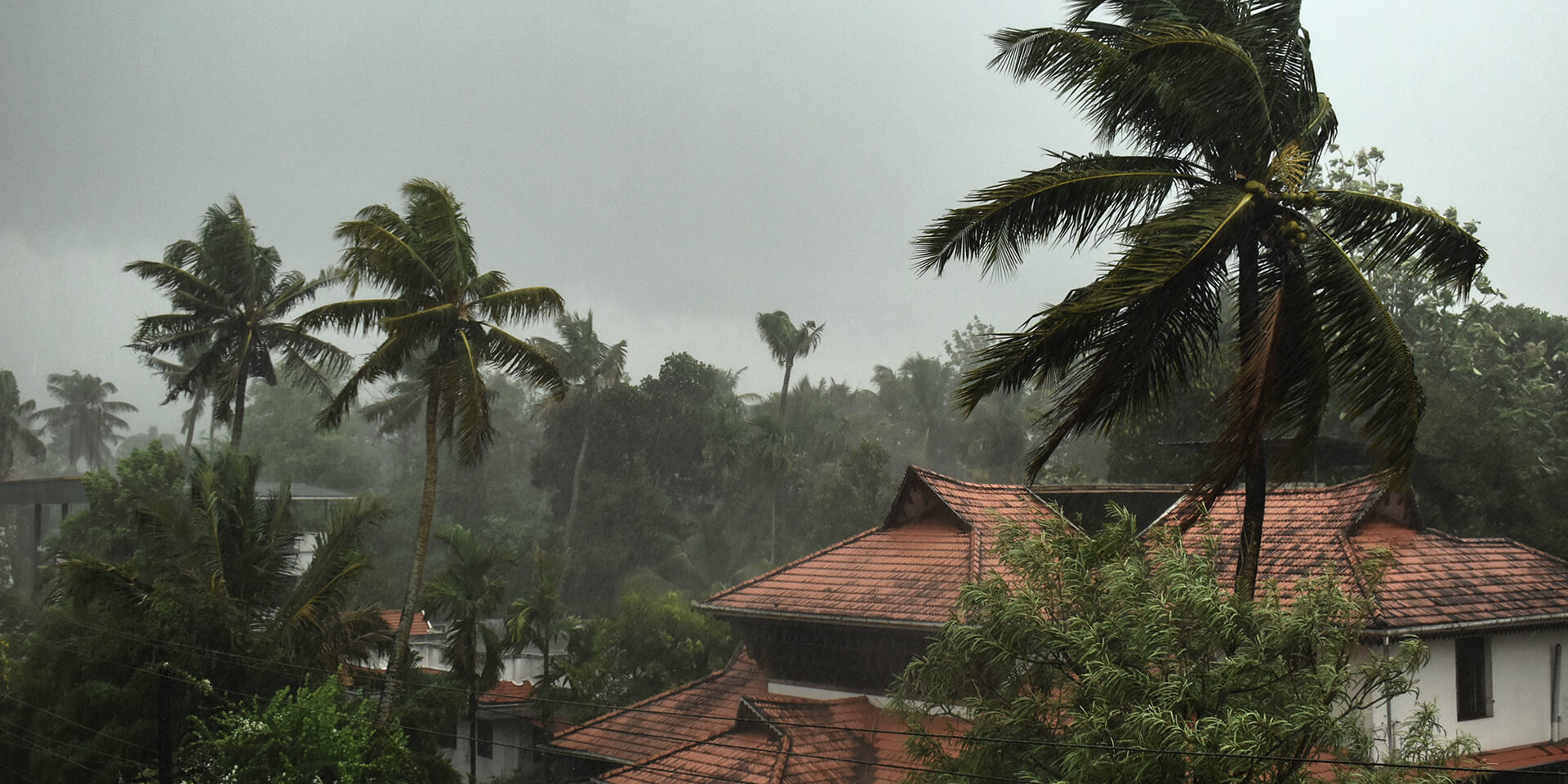 Research from several WCSSP India projects is supporting the improvement of underpinning science and capability for impact-based forecasting. One project, led by the UK Centre for Ecology and Hydrology, has developed a Flood Hazard Impact Model focussing on Kerala as a test example. The model brings together hazard information (flood inundation) with receptor (people, property and transport) data to assess impact severity. Another project, led by the Health and Safety Executive, examined different sources including social media for the collection of impact observations, while a project led by HR Wallingford investigated Earth Observation as an additional potential source of impact observations. Together these projects have provided a framework for how impact data could be collected in India.

Additionally, the project has identified a set of weather patterns which represent all the main phases of the Indian climate throughout the year, such as the active or retreating monsoon phases. These are being used to develop forecasting prototypes for different hazards such as heatwaves, heavy rainfall and landslides. This project has shown that many of these weather patterns have good forecast skill at least 15 days ahead.

The capability has been packaged into a tool and shared with partners to help provide forecasters with an earlier indication of potentially impactful events. Workshops with landslide experts and disaster management authority representatives are helping to inform the usefulness of the weather pattern landslide forecasting application and ways it can be further enhanced. This application is being used to issue landslide bulletins during the monsoon season to provide communities with more time to act and reduce the impacts of such events. An example of operational impact-based forecasting at the India Meteorological Department is shown in Figure 1 for the city of Mumbai. The bulletin provides warnings in terms of water logging, traffic flow and danger to old buildings due to heavy rain. 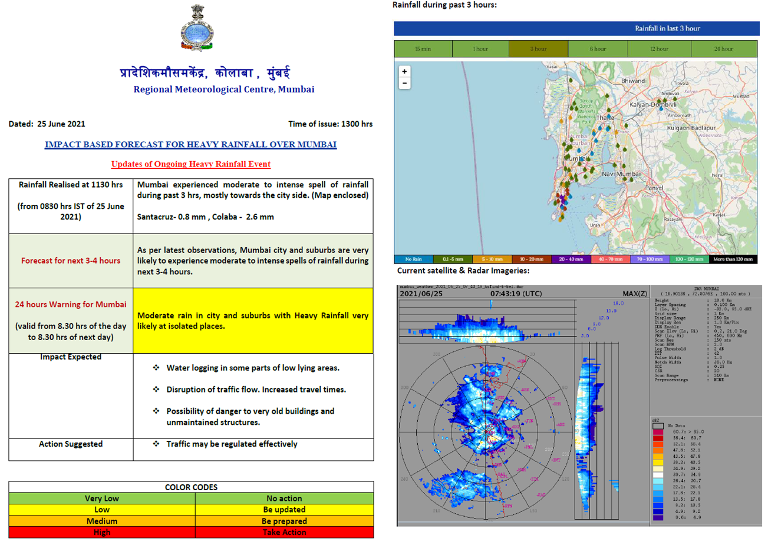 One of the main aims of WCSSP Southeast Asia is to develop the capacity of institutions in Southeast Asia to issue timely, accurate warnings of high impact weather.

Despite forecasters in Malaysia, the Philippines and Indonesia following protocol, high impact weather in the countries has often resulted in loss of life and property. After Typhoon Mangkhut in September 2018, the chief forecaster at the National Meteorological Service in the Philippines, noted that they followed all the correct procedures and issued warnings as early as they could. Despite this, some of the public did not react to the warnings. The National Disaster Risk Reduction and Management Council reported a total of 82 deaths, 138 injured and two missing. Most of the casualties were attributed to landslide incidences caused by prolonged heavy rain. This highlights the need for improved forecasting of high intensity rainfall, and for warnings that clearly highlight potential impacts to society and vulnerable communities.

Through WCSSP Southeast Asia, experiences in the UK of successfully implementing an impact-based forecasting system are being shared with researchers and forecasters across Southeast Asia. Some of the project’s activities include:

The Philippine Atmospheric, Geophysical and Astronomical Services Administration (PAGASA) who are responsible for issuing weather forecasts in the Philippines, have been piloting a web-based visualisation tool for Metro Manila. 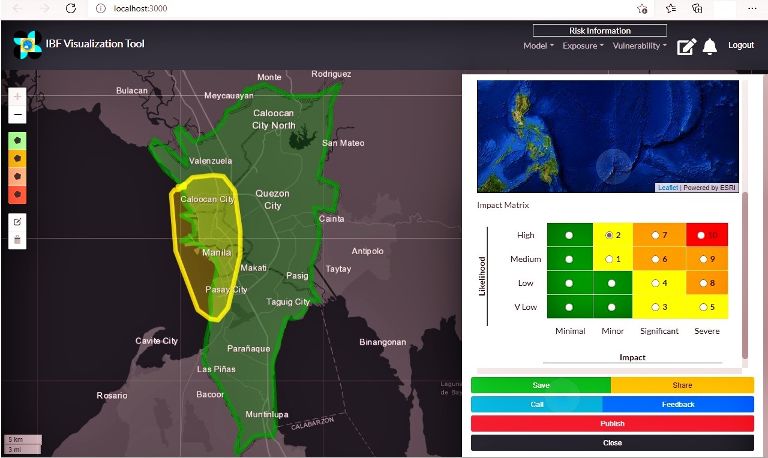 Figure 2: An example of the visualisation tool used for Impact-based forecasting by PAGASA.

A colour-coded map enables disaster managers and the public to visualise the specific areas that are affected by yellow, amber or red warnings.

All project partners are working collaboratively on a best practice handbook for forecasters which will bring together information from the activities and training. Each country is working on their own tailored version to represent the main weather hazards and priorities in that country.

Find out more about the impact-based forecasting work in our brochure.

The implementation of impact-based forecasting through the WCSSP programme is closely aligned to the aims and ambitions of the UN’s Sustainable Development Goals, particularly goal 1 (no poverty), goal 11 (sustainable cities and communities) goal 13 (climate action) and goal 17 (partnerships for the goals).