Arctic sea ice reached a 2021 minimum of 4.72 million sq km on 16th September (Figure 1). This is the 12th lowest minimum ice extent in the satellite era (since 1979). The minimum is 1.50 million sq km below the 1981-2010 average and 0.62 million sq km above the long-term linear trend (Figure 2). The relatively unexceptional minimum observed this year follows fairly slow melting during late July and much of August, associated with persistent cold, stormy conditions in the Arctic Ocean. 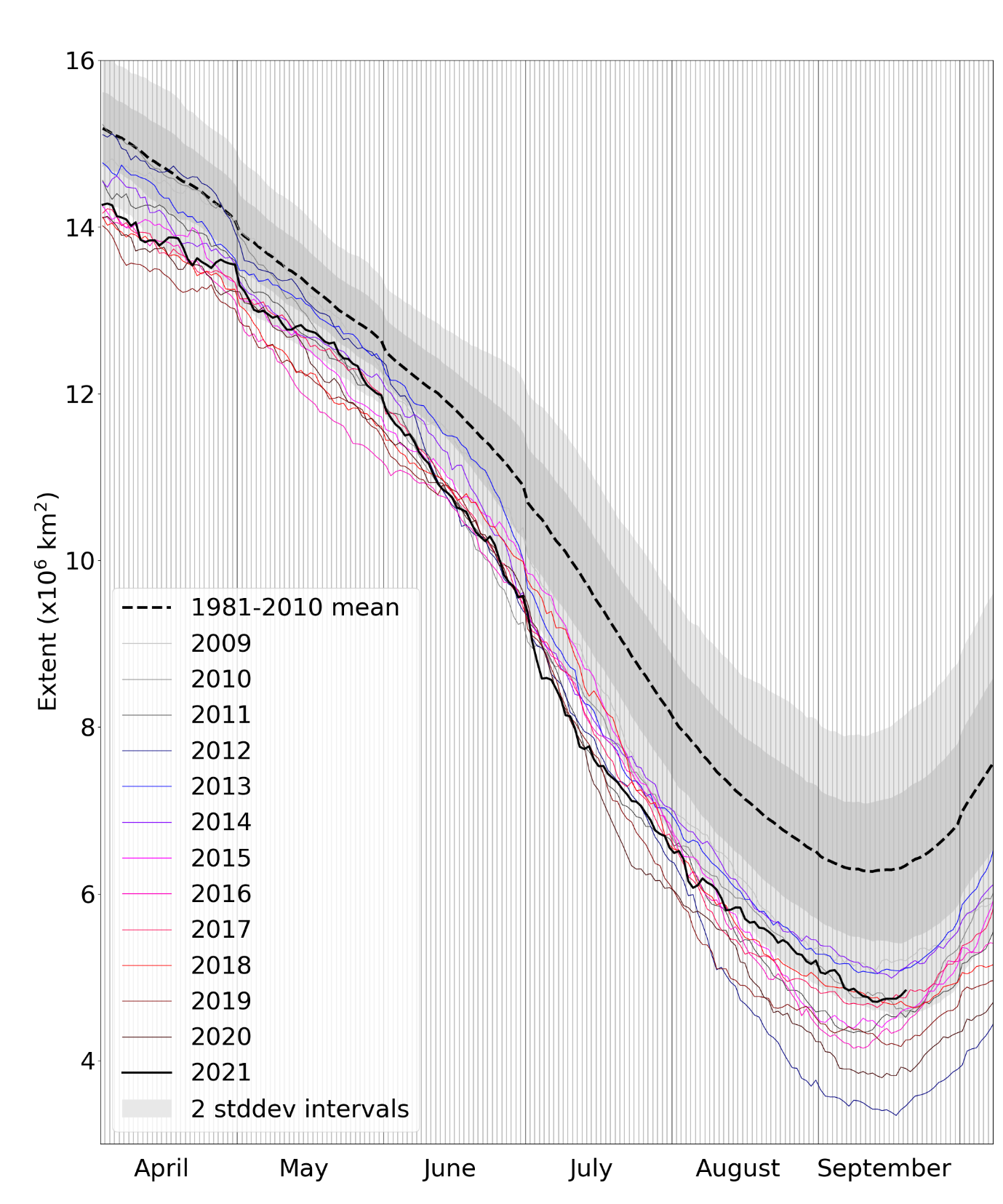 Figure 1. Daily Arctic sea ice extent for 2021, compared with recent years and the 1981-2010 average, with +/- 1 and 2 standard deviation intervals indicated by the shaded areas. Data are from the National Snow and Ice Data Center (NSIDC). 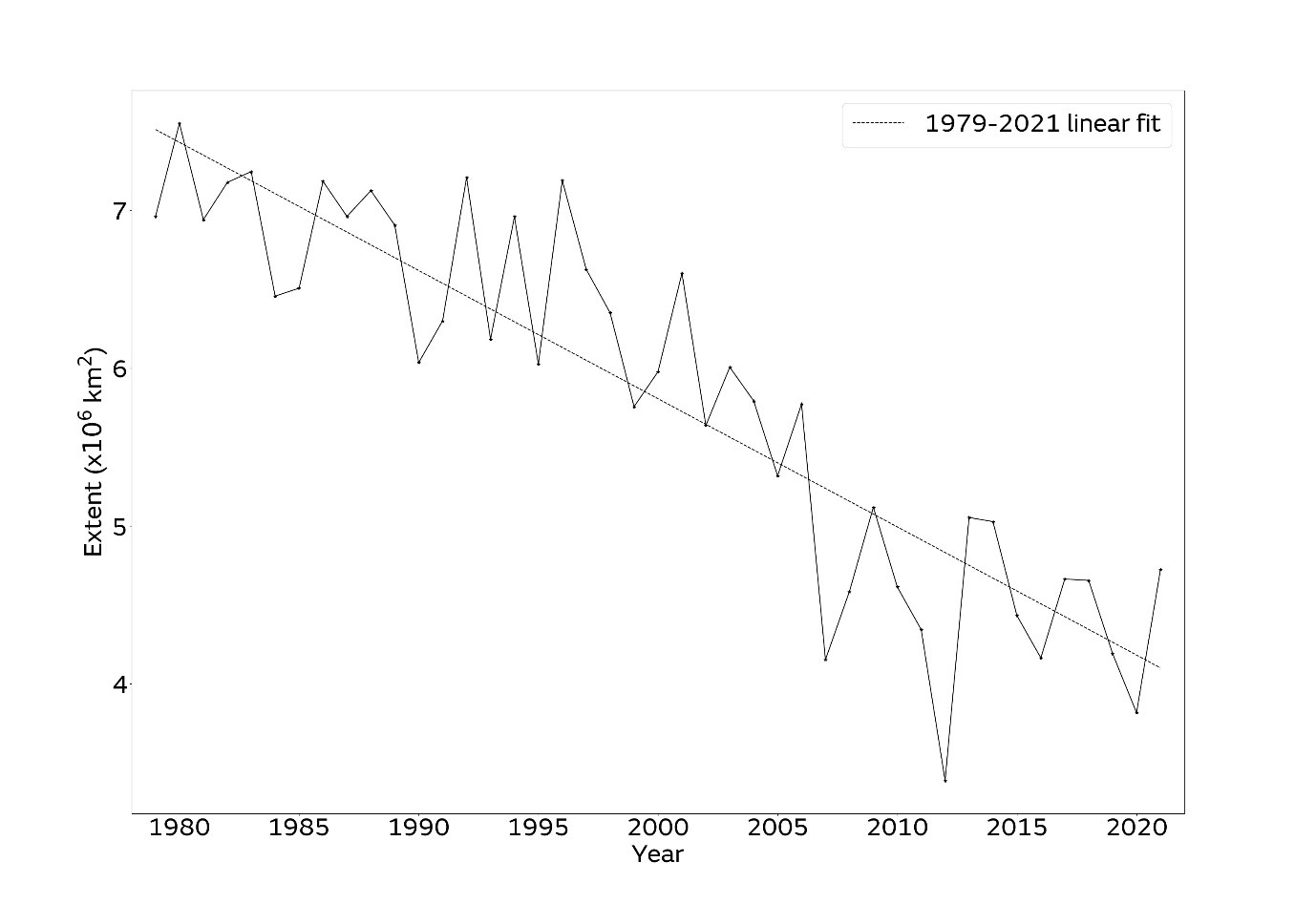 Figure 2. Arctic sea ice minima from 1979 to 2021 according to the NSIDC Sea Ice Index. The minimum sea ice extent is taken to be the lowest 5-day average.

Extent at minimum was well below average in all seas of the Arctic, exceptionally so in the Laptev and East Siberian Seas (Figure 3). While extent was closer to average in the Beaufort and Chukchi Seas, much of the ice in this region was highly degraded, with large areas of open water. 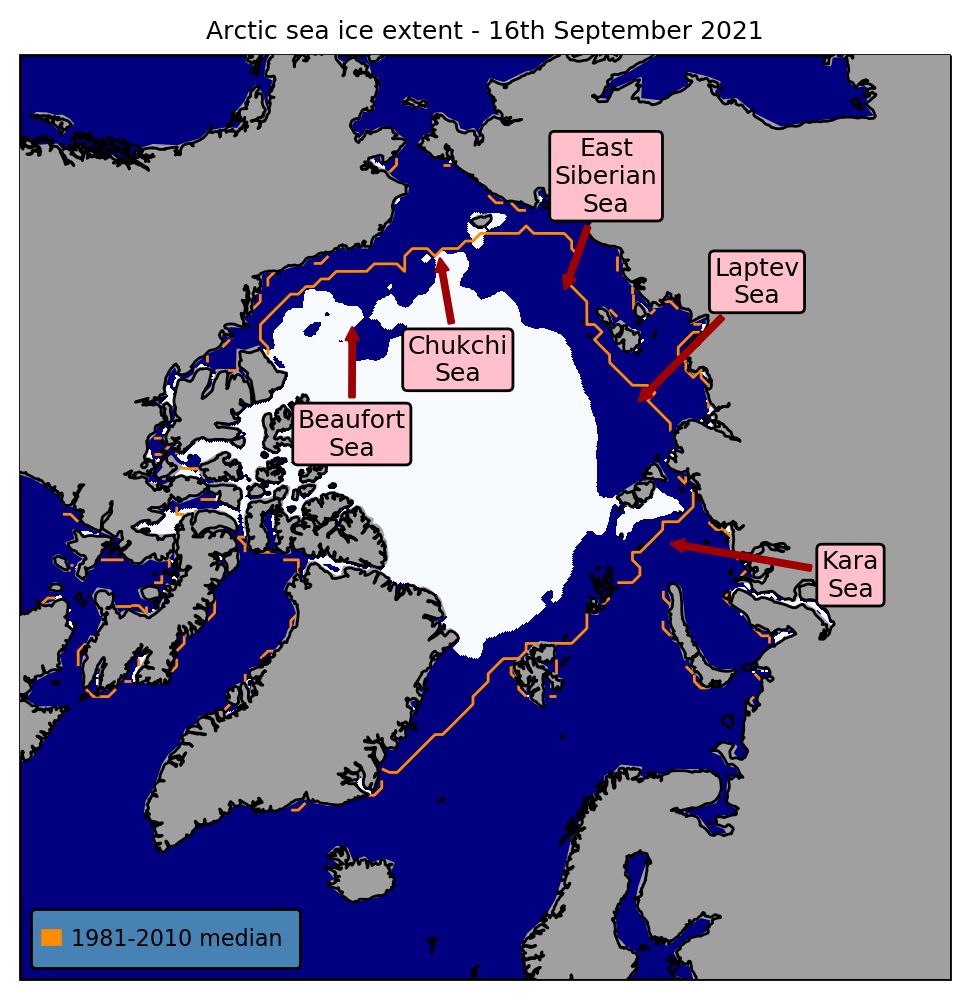