On The Modification Of Clouds

Luke Howard, On the Modification of Clouds 1803

Howard, an amateur meteorolgist and professional pharmacist, devised the cloud classification scheme the basis of which is still in use today. The complete volume is available from our Digital Library & Archive. Howard was keen that his naming convention should bear no resemblance to any religious terminology and so devised his nomenclature (cumulus, stratus, cirrus, simbus etc.) from latin, or latinised words. Howard's work had a significant influence on some of his great artistic contemporaries. J. W. von Goethe was so impressed with Howards work that he wrote the poem 'In honour of Howard' with verses to cover each cloud type and one on Howard himself which translates:

But Howard gives us with his clear mind
The gain of lessons new to all mankind;
That which no hand can reach, no hand can clasp,
He first has gained, first held with mental grasp.
Defin'd the doubtful, fix'd its limit-line,
And named it fitly. - Be the honour thine!
As clouds ascend, are folded, scatter, fall,
Let the world think of thee who taught it all.

His work also influenced the works of JMW Turner and John Constable. Both used Howard's work to depict clouds with greater accuracy. Turner learned of Howard's work when it was reprinted in the 2nd Edition of Thomas Forsters 'Researches about Atmospheric Pheomenae' published in 1821 and this led him to produce a series of cloud studies. The same source may also have been that by which Constable learned of Howard's work. Both artists became markedly more interested in making cloud and sky studies in the years around 1820. 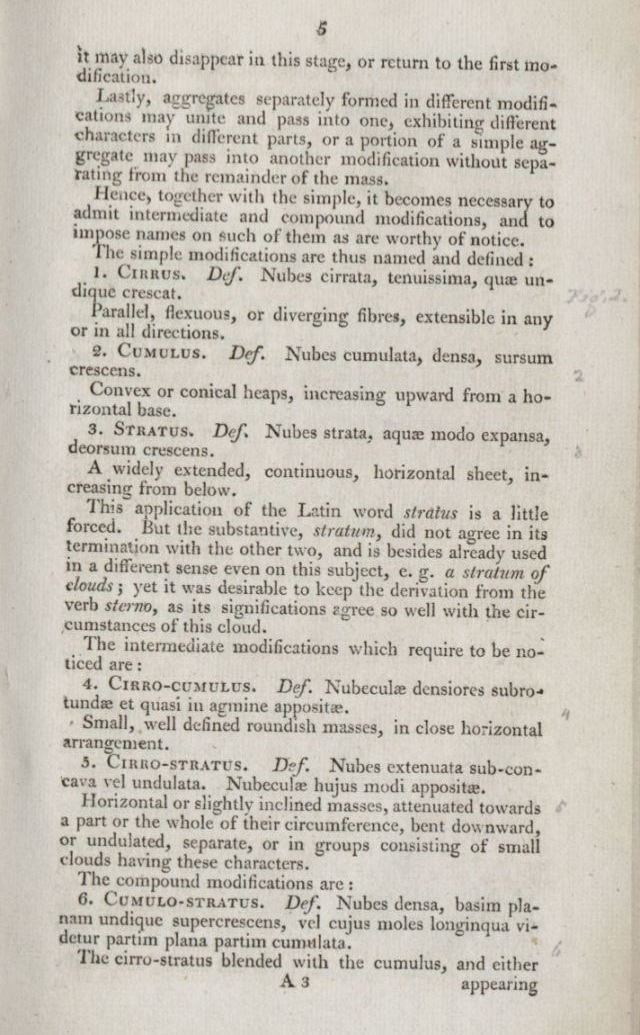 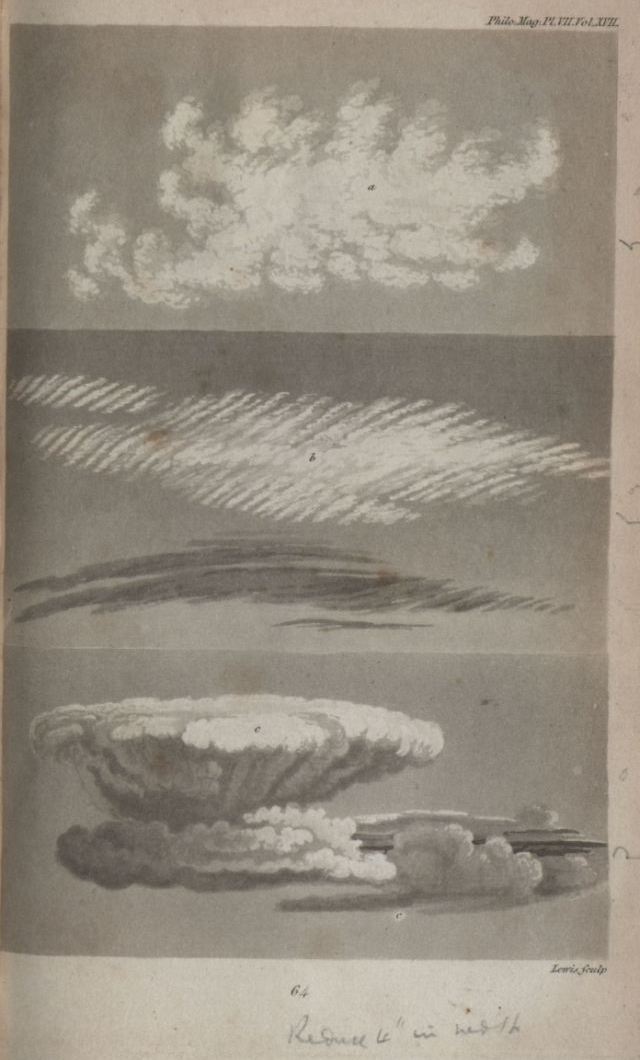