The Met Office was founded in 1854 under the leadership of Captain, (later Vice-Admiral), Robert FitzRoy

From his naval background FitzRoy had a strong understanding of the importance of the weather to the lives of those at sea. He was thus the perfect choice to lead the fledgling Meteorological Office whose purpose was to further understand the nature of the weather in the oceans, particularly the Atlantic Ocean, in order to protect life and property at sea. 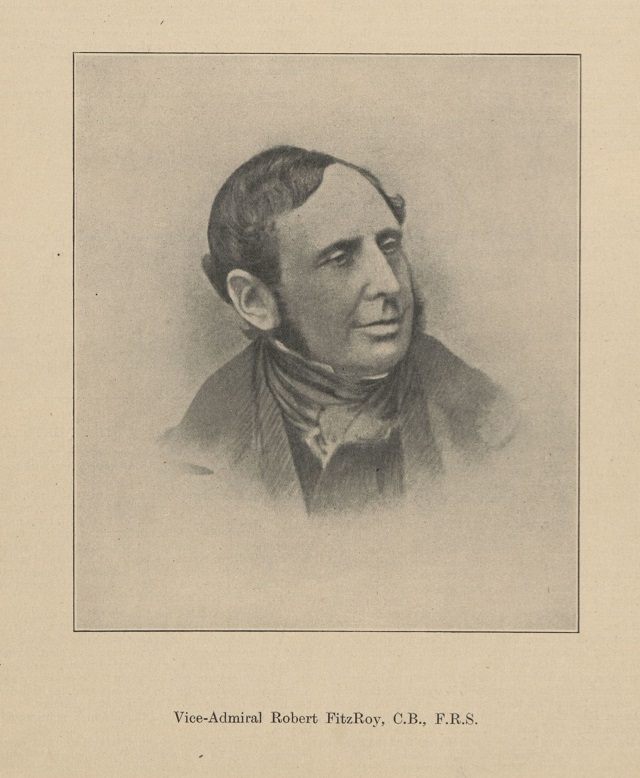 The earliest information to be collected by the office was daily weather data, recorded at 9am at set locations, known as stations, around the British and Irish coasts and sent to the Meteorological Office in London by the new telegraph system, the cutting edge technology of its day. This information consisted of pressure, temperature, wind direction and force, cloud amount, weather conditions eg. rain, thunder, fog and sea disturbance for each location. The observations were collated into Daily Weather Reports and these, renamed the Daily Weather Summary from 1980, form the longest continuous series of data in the National Meteorological Archive. The full series of reports is available from our Digital Library & Archive. The earliest known report is from 3rd September 1860. 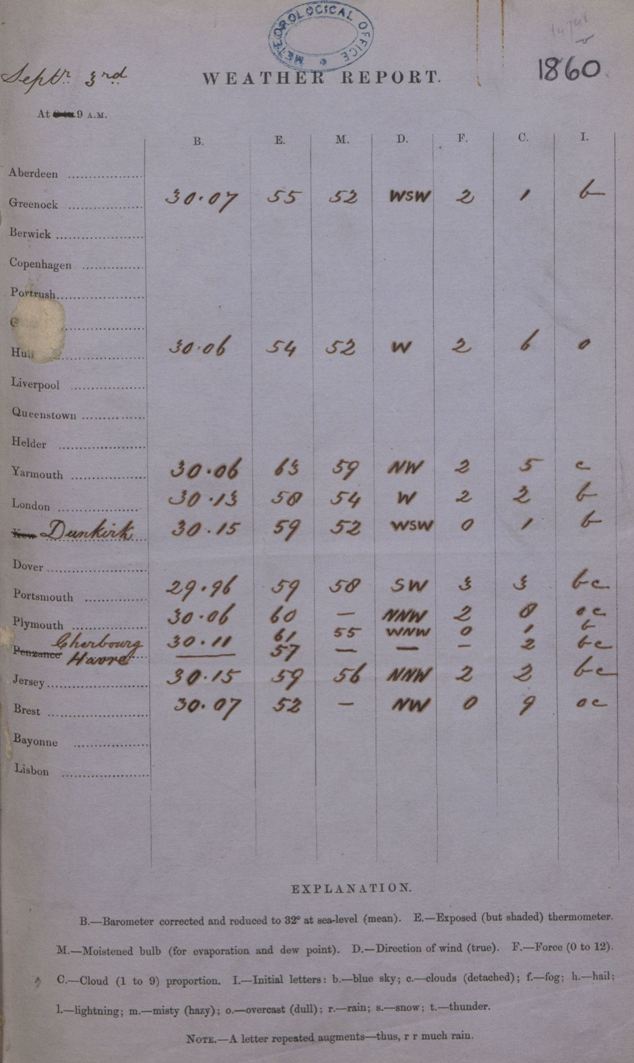 Using the data sent in for the Daily Weather Reports and his own skills, experience and knowledge FitzRoy began to develop and pioneer the science of meteorology and weather forecasting. Following the disastrous Royal Charter Gale of 1859 FitzRoy developed a national Storm Warning Service which began in February 1861. Whilst he had government permission for his Storm Warning Service he had no such permission for a land forecasting service. He did not let this stop him and on 1st August 1861 he published the first Public Weather Forecast in the Times Newspaper. The forecasts were for 24 to 48 hours ahead and were very general. The country was split into the north, south and west - initially the east was missed out but was added a couple of days later - and used simple forecast terminology such as 'fine' although there was more precision on the expected wind direction.

This is the very first public weather forecast written in FitzRoy's own hand on the Daily Weather Report for 31st July 1861. It forecast the weather for the 1st and 2nd August. On the page FitzRoy notes that he believes the forecasts might be advantageously added to the observation information already published in the newspapers and if approved of he would continue them on similar principles. 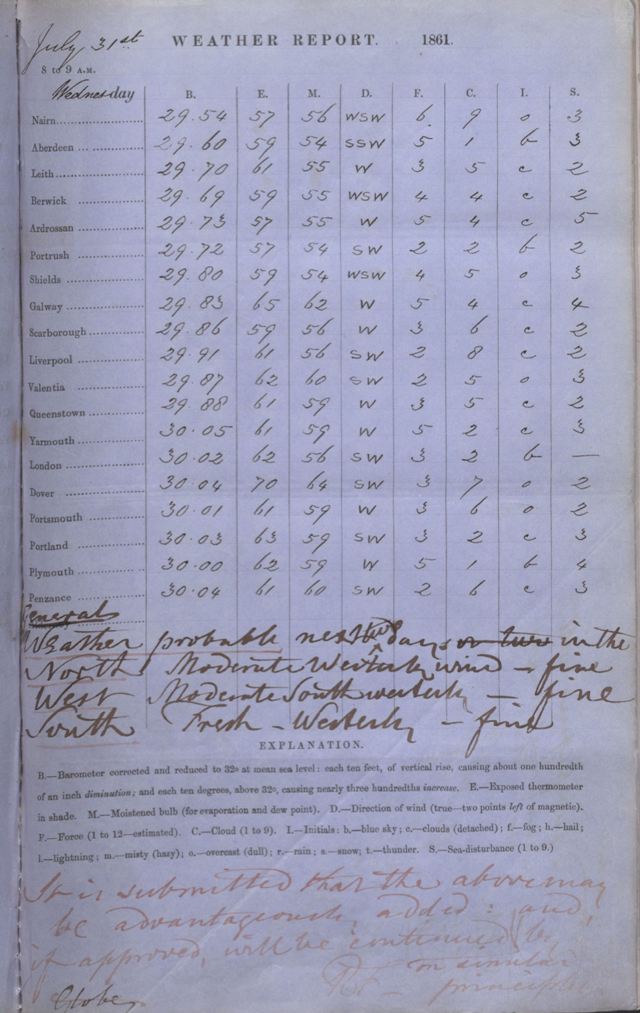 FitzRoy continued to produce daily forecasts and all can be found in the Daily Weather Reports. As the data available from the Weather Reports increased he refined his forecast areas and began to add more detail but there were inevitable errors and he faced significant criticism from the scientific establishment, many of whom did not believe weather forecasting to be possible. The constant criticism took a severe toll on FitzRoy's health and his frequent absence from the office can be traced through the increasingly sporadic presence of his handwriting in the weather reports. His final entry was written on 20th March 1865, just a few weeks before he took his own life on 30th April 1865. 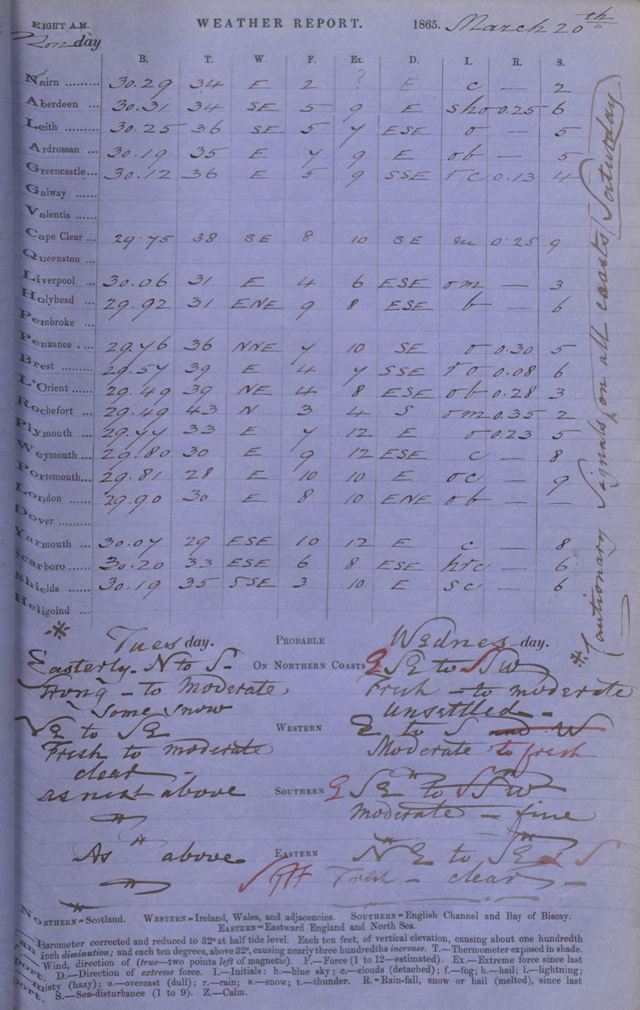 The Daily Weather Reports and daily forecasts were continued by FitzRoy's deputy and protégée Thomas Henry Babbington but the scientific establishment and parliament saw FitzRoy's death as an opportunity to curtail the activities of the Meteorological Office. The Galton Report was commissioned to investigate its work and the board members included many of those who did not believe in FitzRoy's methods and no Meteorological Office staff or supporters. Somewhat inevitably the Report concluded that all forecasting activities should be ceased and the office should restrict its activities to collecting data. The last Public Weather Forecast was written by Babbington on 28th May 1866 and is found in the Daily Weather Report for the day. 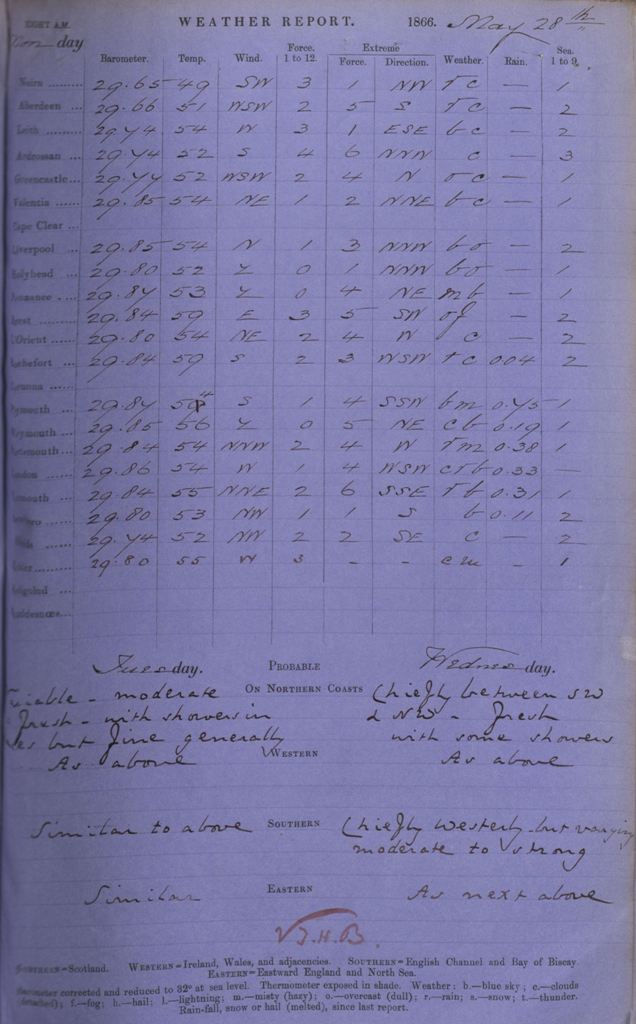 Storm Warnings were restarted by public demand just a year later in 1867 but public forecasts did not restart until April 1879. The Daily Weather Report continued to be published throughout this time and reflects the increasing knowledge and expertise of the Office. The collection of observations increased in number and frequency and the office developed many elements of meteorological science and visualisation. From 1872 Daily Weather reports included increasingly detailed charts. The first, issued on the 11 March 1872, included pressure, temperature, wind and sea conditions and cloud and rain. Each chart was accompanied by textual descriptions of general conditions and any specific events such as thunder storms. 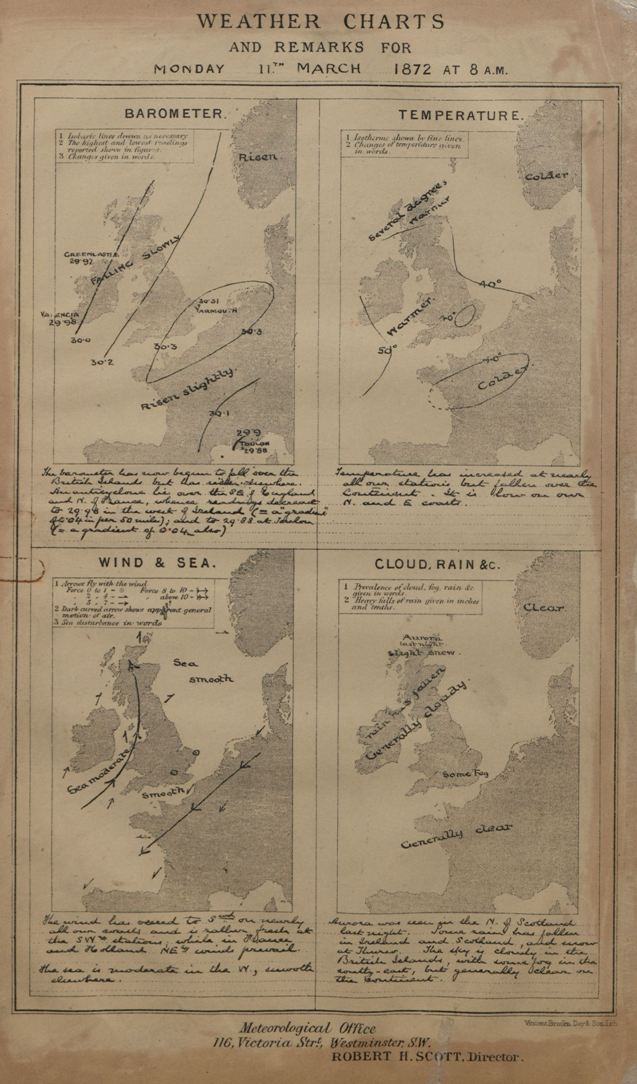 The Daily Weather Report has continued to be produced and to reflect the activities of the Meteorological Office. Over time it has included many types of forecasts, increasingly detailed data, special observations such as those from health resorts, ocean weather ship observations, countless varieties of charts and even satellite imagery. It continues to be produced and is recognised as one of the most accessible forms of data collection and visualisation produced by the Met Office and one of the most important collections in the archive. There is even a commemorative DWR to mark the first computer produced forecast. 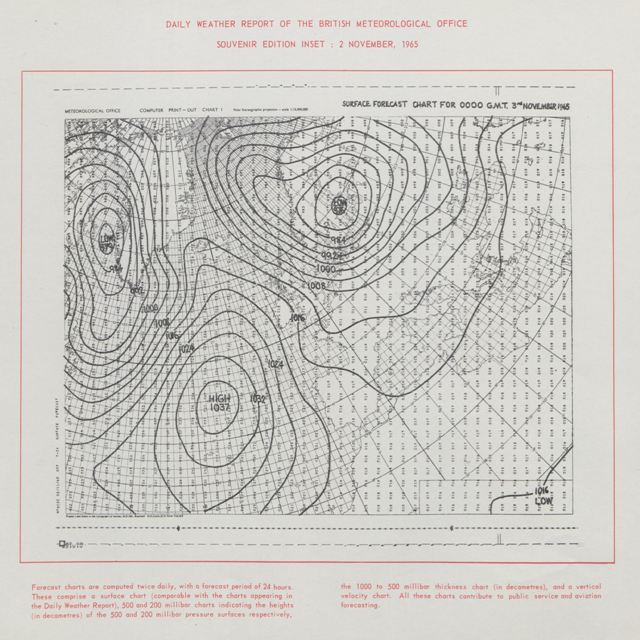