Joe is a Science Manager and applied climate scientist focused on the development of climate services to guide resilience and adaptation decisions, primarily in Africa and Asia. 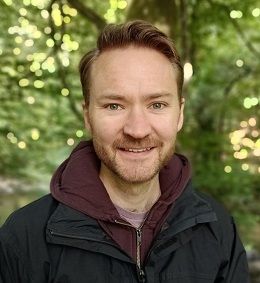 Joe is a Science Manager in the Climate Services Development team within International Applied Science & Services at the Met Office. The team works with partners and organisations from across the world to co-develop and deliver climate services, helping to address the risks associated with climate variability and change. Joe’s focus is on the development of climate services in Africa and Asia. He holds a joint position as a Senior Research Fellow in the Faculty of Science at the University of Bristol, through the Met Office Academic Partnership (MOAP).

From 2017 to 2020, Joe was the science lead on the ASPIRE (Adaptive Social Protection: Information for enhanced REsilience) project. Part of the Weather and Climate Services for Africa (WISER) programme, ASPIRE aimed to demonstrate how weather and climate information (especially seasonal forecasts) can inform Adaptive Social Protection (ASP) decisions and related resilience initiatives in the West African Sahel. The project has engaged with DFID, the World Bank and many partners across the region, including working closely with national social protection and climate stakeholders to promote dialogue and gain an understanding of key opportunities and challenges for integrating climate information into social protection programmes.

From 2015 to 2019, Joe contributed to the DFID and NERC funded FRACTAL (Future Resilience in African CiTies And Lands) project, led by the University of Cape Town. As part of the five-year Future Climate for Africa (FCFA) programme, FRACTAL aimed to improve the climate resilience of cities in southern Africa and develop new methods to climate service co-production. Joe’s work focused on the city of Maputo as well as the development of new ways to evaluate and communicate climate model projections.

From 2018 to 2022, Joe led the CARISSA (Climate Analysis for Risk Information and Services in South Asia) project as part of the FCDO funded Asia Regional Resilience to a Changing Climate (ARRCC) programme. Through working with key partners in South Asia, including ICIMOD, IITM, IWM, the WFP and national meteorological services, CARISSA aimed to improve the uptake and use of regional climate change information to guide climate change adaptation in South Asia.

From 2015 to 2016, Joe was the science lead on a DFID funded project on Building Resilience to Climate Extremes following Typhoon Haiyan in the Philippines. The project helped to inform planning and resilience building efforts in the Philippines, focusing on the changing risks associated with tropical cyclones and sea level rise. Working together with the Philippine Atmospheric, Geophysical and Astronomical Services Administration (PAGASA), the project involved downscaling CMIP5 global climate models, using the Met Office regional climate model HadGEM3-RA, as well as communicating climate projections and broader risk information to stakeholders across the Philippines.

Joe joined the Met Office in January 2015. Previously he worked for three years as a postdoctoral research fellow in the Climate System Analysis Group at the University of Cape Town in South Africa. His research focused on the development of climate services and the interpretation of climate information by decision makers involved in climate change adaptation, particularly in Africa. Whilst at the University of Cape Town, Joe led a number of research projects, including a study to examine the interpretation of climate data visualisations by different climate information users, and a study exploring the use of climate information by decision makers in the Cape Town municipality in response to the emerging risks affecting transport infrastructure along the city's coastline.

In 2012 Joe obtained a PhD from the London School of Economics and Political Science. His thesis, titled "Examining the decision-relevance of climate model information for the insurance industry" explored fundamental concepts of predictability in the climate system (particularly in relation to initial condition ensembles) as well as the application of uncertain climate projections to strategic insurance decisions. His research was sponsored by Lloyd's of London and his primary supervisor was Dr David Stainforth. Joe initially began the PhD at the University of Exeter, and halfway through the PhD Joe spent six months working at the Met Office as part of an internship sponsored by the Knowledge Transfer Network (KTN) for Industrial Mathematics. He worked with Doug McNeall in the Climate Impacts team to investigate the use of Bayesian Networks to communicate climate risks.