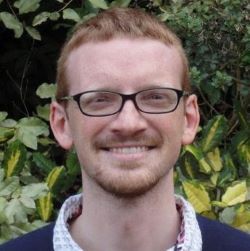 Lee is currently working on the development of Next Generation Observation Processing and Data Assimilation as part of the Next Generation Modelling Systems Programme. These systems are using the JEDI code framework. Lee’s work focusses on making better use of surface-based observations, and he has a particular interest in working with meteorologists to interpret forecast model output and ensure that customers receive the best possible advice.

Lee obtained an undergraduate degree in Theoretical Physics from Durham University in 2004. In 2010, he completed a PhD on the use of the CloudSat satellite-borne radar to examine the representation of drizzle in the Unified Model and ECMWF Integrated Forecast System (IFS) at the University of Reading. He joined the Met Office as a data assimilation scientist in 2009.

Lee developed a system for the direct assimilation of radar reflectivity data from the Met Office weather radar network in 4D-Var, which is now operational in the UKV. As the Unified Model is run at higher resolutions, it is important to constrain the model with high resolution observations with good coverage in space and time. Radar provides high resolution data across the UK at frequent intervals. Radar reflectivity provides direct observations of rain and snow as they fall through the atmosphere, and its inclusion in the 4D-Var data assimilation system allows the Unified Model thermodynamic and moisture fields to be updated in a manner consistent with the model dynamics and observations. During the development of this system, Lee worked with the Flooding From Intense Rainfall programme to improve end-to-end forecasting of flooding events caused by intense rainfall.