Simon is the Executive Director of Science, leading the Met Office Science Directorate 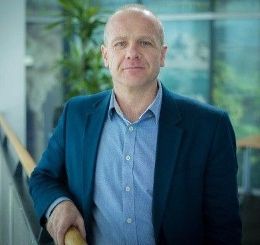 As the Director of Science at the Met Office Simon is a member of the Executive Board and leads the Science directorate, with accountability for the Met Office’s world-leading research in Foundation, Weather and Climate Science and for developing underpinning capability for scientific products and services. This includes the Unified Model seamless modelling system for weather and climate science applications.

Simon sponsors the Met Office Next Generation Modelling Systems programme which will reformulate and redesign the Met Office’s complete weather and climate research and operational/production systems, enabling exploitation of future generations of supercomputers.

Simon completed a PhD on the behaviour of orographic internal gravity waves at the Department of Applied Mathematical Studies, University of Leeds in 1995. Following this he worked as a postdoctoral research fellow on a number of projects at the School of Earth and Environment at the University of Leeds and at the University of Surrey. His experience includes participation in and coordination of field measurement programmes, fluid dynamical laboratory experiments and numerical modelling.

At the Met Office Simon has overseen the development of major upgrades to the Met Office Unified Model, including the Global Atmosphere and Regional Atmosphere seamless science configurations which are used in both weather and climate applications. His personal contributions include improvements to the dynamical core and the orographic drag parametrization schemes.