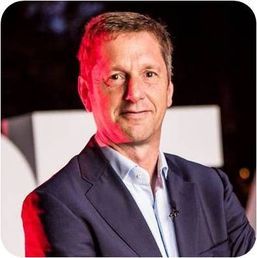 The Met Office team of more than 500 research scientists has earned a world-wide reputation for excellence in weather and climate science and the translation of this science into weather and climate services for daily weather forecasts, emergency response (for example to volcanic eruptions), and into climate change mitigation and adaptation. As Chief Scientist, Stephen has overall responsibility for the leadership and management of the Met Office’s scientific programme, by providing strategic direction, ensuring high quality delivery and nurturing scientific excellence. He represents the Met Office on science and research technology to UK Government, ensuring that the Met Office science programme fits properly into the wider UK environmental science landscape. He is also the Met Office Head of Science and Engineering Profession (HoSEP) for the Government Science and Engineering Profession (GSE).

Professor Stephen Belcher obtained his PhD in fluid dynamics from the University of Cambridge in 1990 and has subsequently published over 100 peer-reviewed papers on the fluid dynamics of atmospheric and oceanic turbulence. Having completed his PhD he became a research fellow at Stanford and Cambridge Universities. In 1994 he moved to the Department of Meteorology at the University of Reading, where he served as Head of the School of Mathematical and Physical Sciences between 2007 and 2010.  In 2010 he became the Joint Met Office Chair in Weather Systems. This role gave him a taster of working closely with the Met Office, and in 2012 he joined the Met Office as Director of the Met Office Hadley Centre.

Stephen led the evolution of the Met Office Hadley Centre to focus on climate science and services: motivated by the need to provide governments, industry and society with actionable advice, i.e. ‘climate services’. He was a driving force behind the initiation of the Newton Fund Climate Science for Service Partnership China (CSSP China), in which scientists from both China and the UK are now working together to develop fundamental climate science and climate services.