Forget everything you were taught in primary school. Raindrops are not tear-shaped. At least, not when they are falling through the sky. Instead, tiny raindrops – those smaller than a millimetre across – are almost perfect spheres. 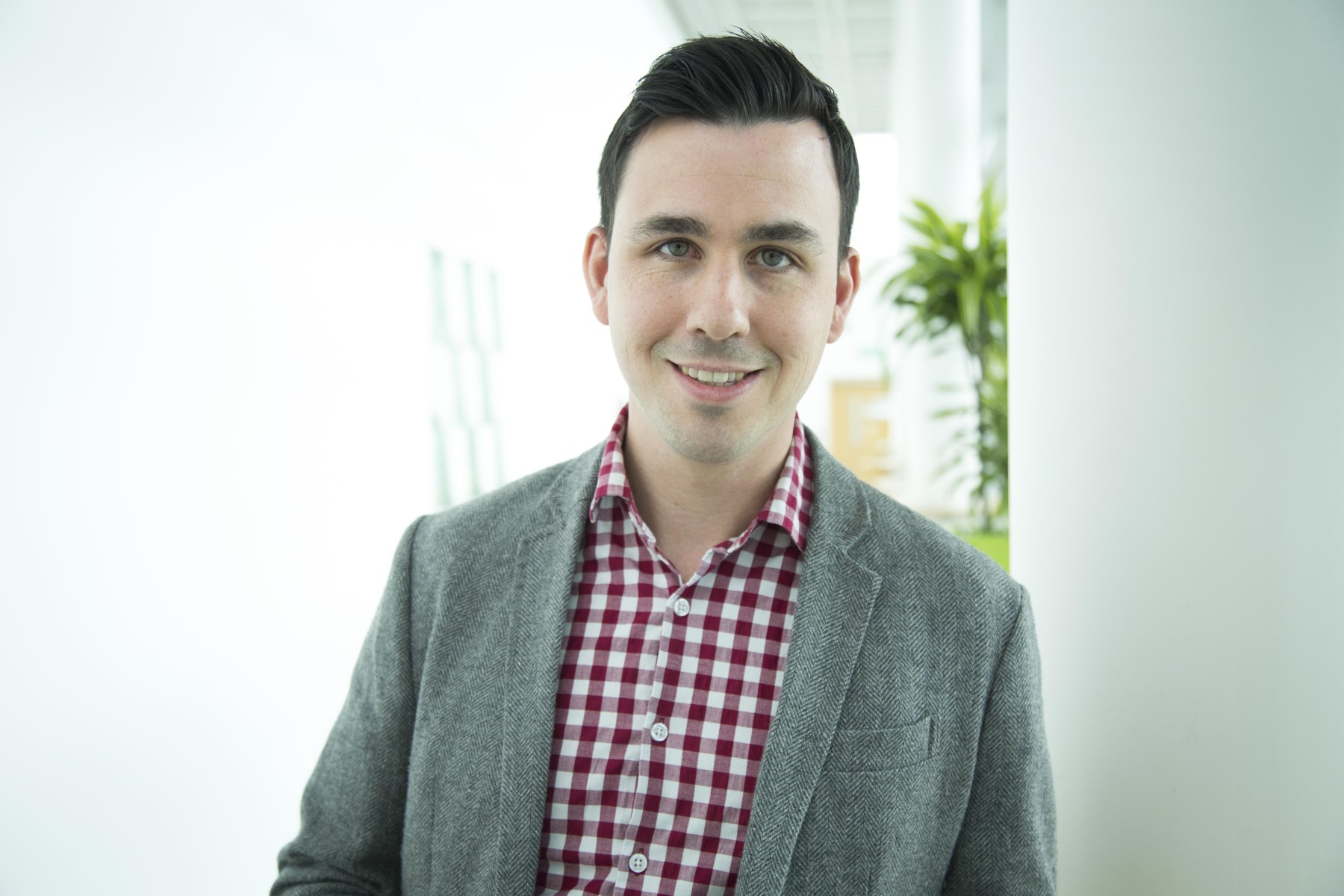 Microscopic molecules of water within each raindrop are more attracted to each other than they are to surrounding air molecules. This attraction, known as cohesion, pulls molecules inward resulting in a tension surrounding a droplet’s surface and forcing it into a sphere – the shape with the smallest surface area for its volume. Not yet big enough for air resistance to have an influence, it’s this surface tension that determines the spherical shape of tiny raindrops.

As they tumble from clouds, raindrops collide with other raindrops. Droplets combine and grow larger. Air resistance starts to influence their shape, flattening the bottom of each droplet and morphing the sphere into a blob shaped like a hamburger bap. The heavier the rain, the larger and more squashed the raindrops will be.

This is important to know, and not just for the artistic representation of raindrops. Following an upgrade to the Met Office’s 30-year-old rainfall radar network, we can now gain more real-time information from falling precipitation – rain, sleet, snow, hail and ice pellets – than ever before, including the size and shape of the droplets.

The seven-year roll out of the new radar network across the UK was motivated by the need to replace an increasingly difficult to maintain radar network. Supported by a range of local suppliers as well as the Environment Agency, which co-funded the project, the UK’s rainfall radar network is now more resourceful than before. There will be fewer engineering call outs and less downtime in the future as a result of the upgrade, but the Met Office and the public will benefit in other ways too. 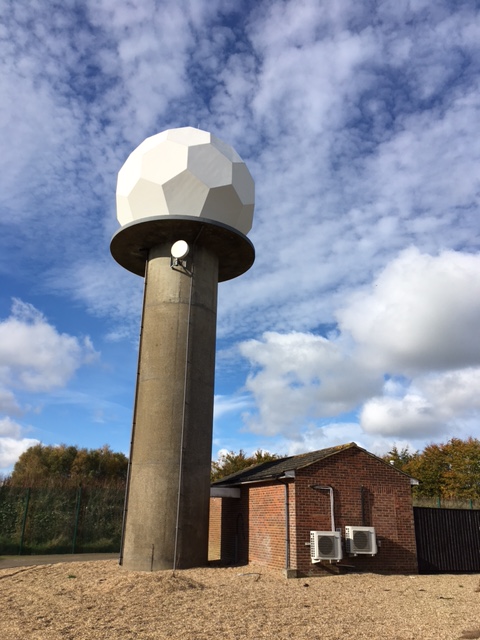 The weather radar at Chenies in southern England, complete with its golf-ball shaped radome on top, which protects the radar antenna.

Radar has helped monitor current weather for decades – feeding everything from television reports to supercomputer weather forecasts. However, we haven’t always been able to separate the precipitation signal from the noise.

When radar was first used during the Second World War, precipitation was the noise, masking the signal from enemy targets. Radio waves emitted from a radar antenna travelled outwards at the speed of light, only bouncing back to the same antenna when they encountered an object. When the weather was clear, radar could quickly provide intelligence on the position of aircraft in the sky. When it was raining or snowing, echoes visible from the radar signal would only tell us about the weather – allowing the enemy to use bad weather as a cover for their operations.

Since the 1950s, radar has told us more and more about the weather as it happens – from rain to snow and from light drizzle to supercell thunderstorms. The UK is now covered by 15 radar sites, collecting data at 1 km resolution every five minutes.

However, radar has not been without its problems. Anything from birds and insects in the sky to hills and buildings on the ground have interfered with the vertical radar signal and returned false data.

Now, taking advantage of the UK’s upgraded radar network, we can send two radar beams at once using a technology known as dual-polarisation. One beam travels horizontally and another travels vertically through the atmosphere so we can visualise objects in three dimensions. By picturing the size and shape of objects in the sky, we can discount flying creatures and ground clutter from the signal.

We can also draw accurately shaped precipitation particles. Our radar images may not be works of art, but they can identify rain, snow, hail and ice pellets as well as distinguish small raindrops from large drops. 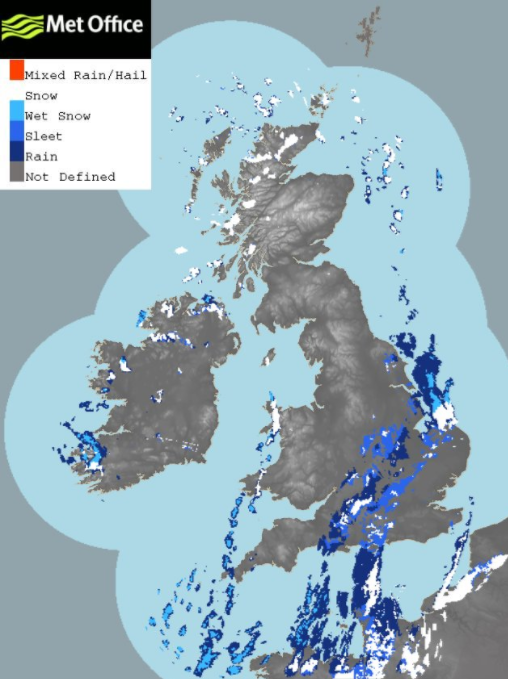 Are the raindrops small spheres, indicating light rain and drizzle? Or is the radar beam bouncing off larger drops, signifying heavy rainfall and the threat of flooding? It’s crucial to be able to tell the difference when extreme weather hits.

Another new technology incorporated within the upgraded network is Doppler radar. Also used by police to measure the speed of motorists, Doppler radar means we can observe not just the position of an object but also its movement. Doppler radar makes this possible by bouncing back a microwave beam and detecting subtle shifts in its frequency – a Doppler shift – which occurs on the return signal of an object in motion.

The movement and rotation of clouds, as well as subtle changes in the wind surrounding a cloud, informs us when a storm is brewing and where it may hit.

Let’s continue to illustrate raindrops as tears in our pictures. Why tarnish art with excessively accurate science? We can leave that to our upgraded radar network, which paints a more detailed picture of the UK’s precipitation than ever before. By spotting the correct shapes of any precipitation in the sky, as well as their movement, we will continue to improve our storm detection, nowcasting and flood warnings.