A new multi-agency global report is highlighting the changes seen throughout the climate system at the end of the warmest decade on record.

A new multi-agency global report – published today - is highlighting the changes seen throughout the climate system at the end of the warmest decade on record.

The Met Office is one of a network of centres contributing to the World Meteorological Organization’s Statement of the State of the Global Climate in 2019.

Albert Klein Tank is the Director of the Met Office Hadley Centre. He said: “The effects of increasing carbon-dioxide and other greenhouse gases are seen not just in rising global temperature but in other indicators too, such as melting Arctic sea ice, shrinking glaciers, rising sea levels and warming oceans.

“If we have any chance of avoiding the most severe impacts of global climate change, the science is telling us that we urgently need to see an emissions peak with figures falling very soon after.”

Carbon dioxide concentrations in the atmosphere reached a record high in 2019. Globally, glaciers lost ice for the 32nd consecutive year and ice loss from Greenland was above the recent average contributing, along with record ocean warmth, to a new record for global mean sea level.

The report will be launched at a press conference given by the UN Secretary-General, António Guterres, and WMO Secretary-General Petteri Taalas at UN headquarters at 17:30pm UK time 10 March 2020. 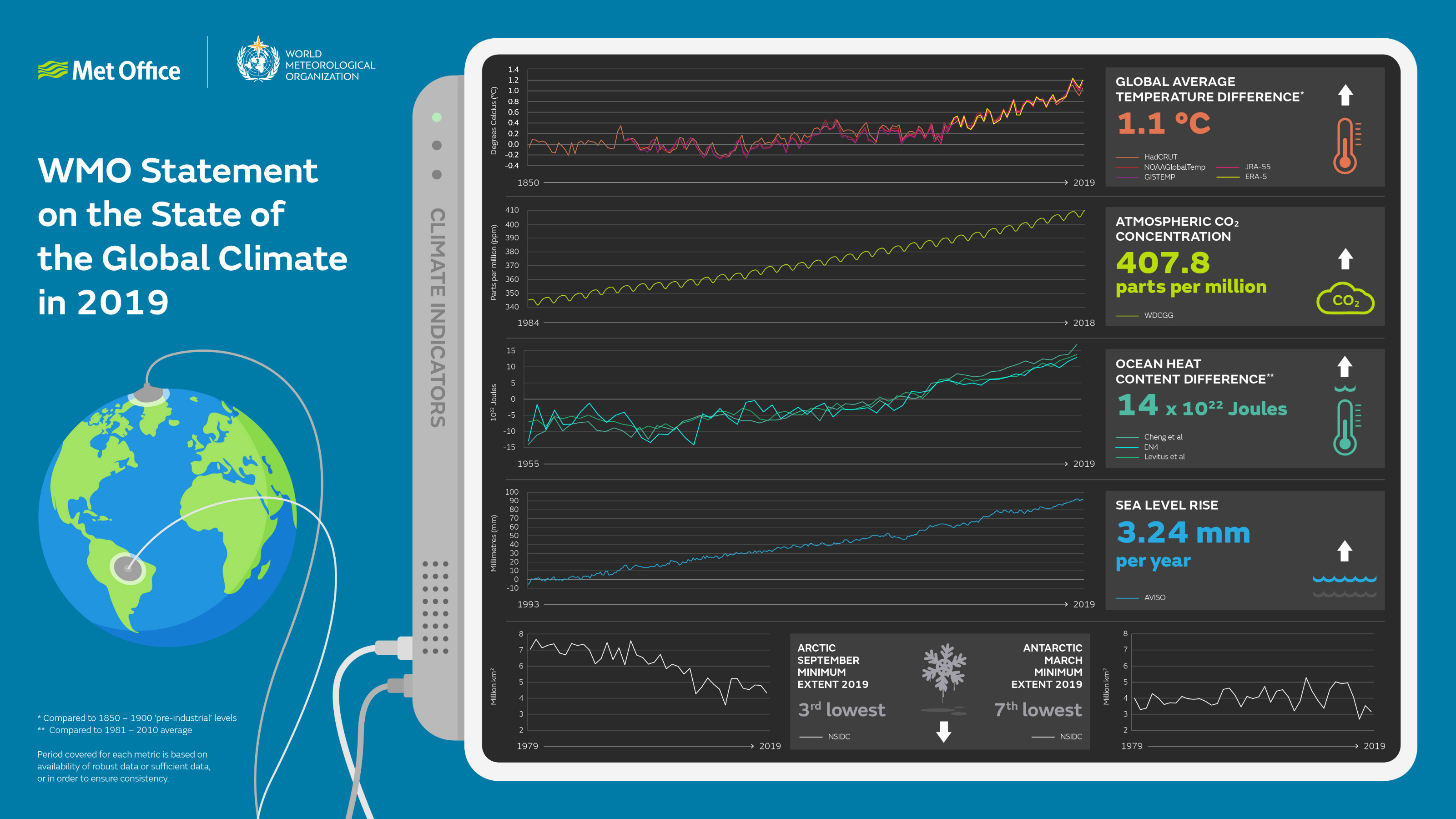