Met Office launches search for the next storm names

Does your Uncle James move like a whirlwind? Does your best friend cause an impact wherever they go? Now you can give them the recognition they deserve, by naming a storm after them.

The Met Office is searching for the next round of names ahead of the next storm season, and the UK public are once again being asked for their input.

In partnership with Met Éireann and KNMI, the forecasting services for Ireland and the Netherlands respectively, the group has been naming storms together in recent years in order to help the media and the public communicate more effectively about the impacts of severe weather events.

As part of the naming process, each of the three meteorological organisations get to name selected letters in the alphabet, reflecting the diversity of the three countries naming the storms. Names are selected for each letter of the alphabet, except for Q, U, X, Y and Z, in keeping with storm naming conventions. 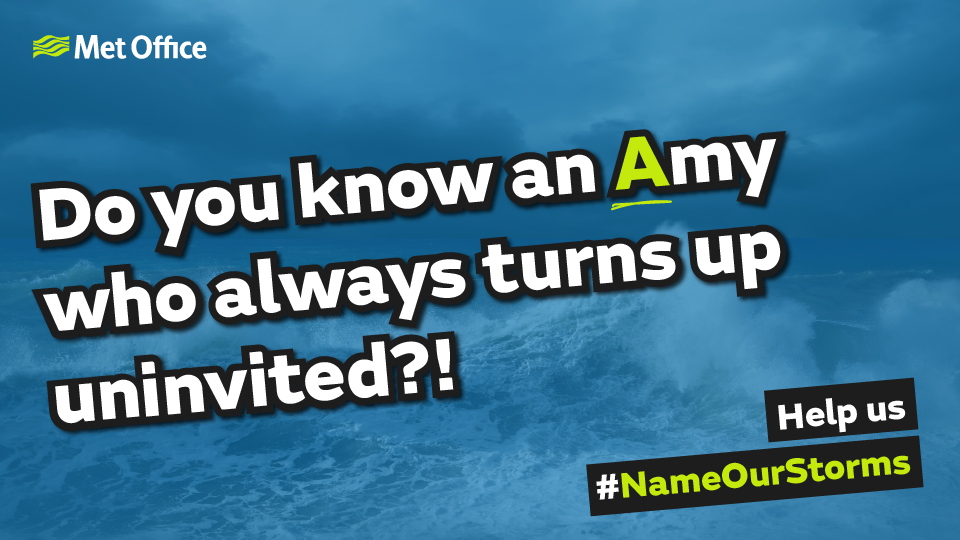 Head of Civil Contingencies at the Met Office Will Lang said, “It’s great to go out to the UK public to get some suggestions of names. It’s incredibly important that everyone understands the potential impacts of severe weather and if having the public submit names for our next round of storms helps them engage in the subject then it’s a great way of raising awareness.

“When storms come, we are obviously at the forefront of assessing its impacts on the people of the UK, and communicating that information succinctly is incredibly important during those times. That’s why storms need names, so people, the media and our meteorologists can better speak about potential impacts when a storm is in the forecast.

“Name our storms is also a great example of international collaboration and we look forward to working further with Met Éireann and KNMI during the next storm season to help keep the public safe.”

Once the storm names are all submitted, the Met Office will work with Met Éireann and KNMI to determine the definitive list of storm names for the 2021/22 storm season, which will begin at the start of September 2021.

When the criteria for naming a storm are met, either the Met Office, Met Éireann or KNMI can name a storm, providing it hasn’t already been named by another European meteorological group. Naming storms helps to raise awareness of their impacts and make it easier to follow their progress in the media, on social media and online.

So far in the 2020/21 season, six storms have been named that have had impacts on the UK and/or Ireland, and two of those had been named by other meteorological groups. View the UK Storm Centre page for more information on recent storm seasons.

Submissions are open now for the next round of storm names and can be submitted through the Met Office website. Entries will close on the 28 June 2021. 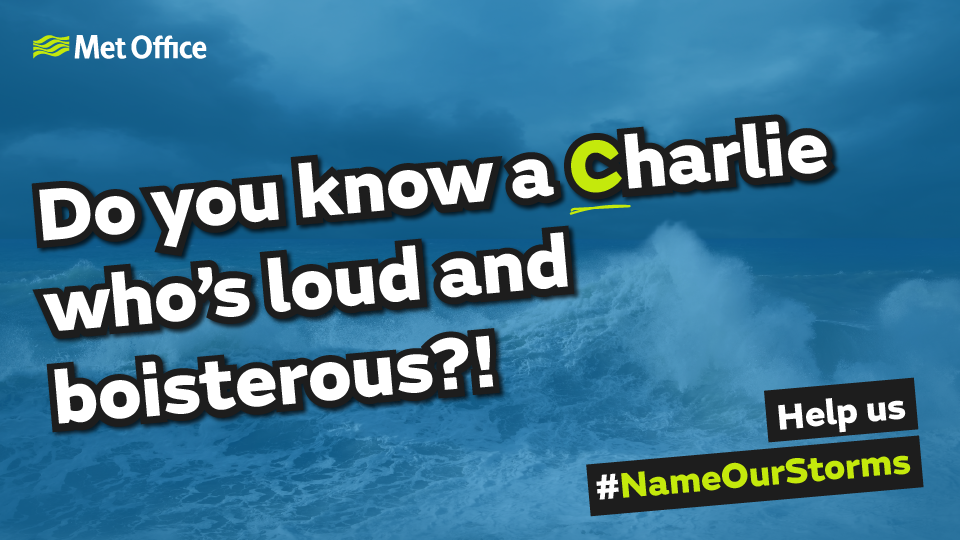